Summer Worden, a former Air Force intelligence officer living in Kansas, has been in the midst of a bitter separation and parenting dispute for much of the past year. So she was surprised when she noticed that her estranged spouse still seemed to know things about her spending. Had she bought a car? How could she afford that?

Worden put her intelligence background to work, asking her bank about the locations of computers that had recently accessed her bank account using her login credentials. The bank got back to her with an answer: One was a computer network registered to NASA.

Worden’s spouse, Anne McClain, was a decorated NASA astronaut on a six-month mission aboard the International Space Station. She was about to be part of NASA’s first all-female spacewalk. But the couple’s domestic troubles on Earth, it seemed, had extended into outer space.

McClain acknowledged that she had accessed the bank account from space, insisting through a lawyer that she was merely shepherding the couple’s still-intertwined finances. Worden felt differently. She filed a complaint with the Federal Trade Commission and her family lodged one with NASA’s Office of Inspector General, accusing McClain of identity theft and improper access to Worden’s private financial records.

Investigators from the inspector general’s office have since contacted Worden and McClain, trying to get to the bottom of what may be the first allegation of criminal wrongdoing in space.

“I was pretty appalled that she would go that far. I knew it was not OK,” Worden said.

The five space agencies involved in the space station — from the United States, Russia, Japan, Europe and Canada — have long-established procedures to handle any jurisdictional questions that arise when astronauts of various nations are orbiting Earth together. But Mark Sundahl, director of the Global Space Law Center at Cleveland State University, said he was not aware of any previous allegation of a crime committed in space. NASA officials said they were also unaware of any crimes committed on the space station.

McClain, now back on Earth, submitted to an under-oath interview with the inspector general last week. She contends that she was merely doing what she had always done, with Worden’s permission, to make sure the family’s finances were in order.

“She strenuously denies that she did anything improper,” said her lawyer, Rusty Hardin, who added that the astronaut “is totally cooperating.”

Hardin said the bank access from space was an attempt to make sure that there were sufficient funds in Worden’s account to pay bills and care for the child they had been raising. McClain had done the same throughout the relationship, he said, with Worden’s full knowledge. McClain continued using the password that she had used previously and never heard from Worden that the account was now off limits, he added.

A complaint involving bank access from the space station is just one of a number of complex legal issues that have emerged in the age of routine space travel, issues that are expected to grow with the onset of space tourism.

In 2011, NASA organized a sting operation targeting a space engineer’s widow who was looking to sell a moon rock. In 2013, a Russian satellite was damaged after colliding with debris from a satellite that China had destroyed in a 2007 missile test. In 2017, an Austrian businessman sued a space tourism company, seeking to recover his deposit for a planned trip that was not progressing.

One potential issue that could arise with any criminal case or lawsuit over extraterrestrial bank communications, Sundahl said, is discovery: NASA officials would be wary of opening up highly sensitive computer networks to examination by lawyers, for example. But those sorts of legal questions, he said, are going to be inevitable as people spend more time in outer space.

The couple’s dispute revolved largely around Worden’s son, who was born about a year before the two met.

Worden, who had previously worked at the National Security Agency, resisted allowing McClain to adopt the child, even after they were married at the end of 2014.

In early 2018, while the couple was still married, McClain went to a local court in the Houston area to ask a judge to grant her shared parenting rights and “the exclusive right to designate the primary residence of the child” if the parties could not reach a mutual agreement, according to records. She contended that Worden had an explosive temper and was making poor financial decisions, and she wanted the court to “legally validate my established and deep parental relationship” with the young boy.

Around the same time, McClain apparently posted official NASA photos — now deleted — on her Twitter account, showing herself in her astronaut suit smiling alongside Worden’s son. “The hardest part about training for space is the 4 yr old I have to leave behind every time I walk out the door,” she wrote at the time.

The social media attention angered Worden further, as she did not want McClain to claim to be the mother of the child. Later in 2018, Worden filed for divorce after McClain accused her of assault — something Worden denies and said she believed was part of McClain’s bid to get control of the child. The assault case was later dismissed.

A few months later, after McClain launched to the space station, their dispute continued to escalate. Worden noticed the bank issue. And when word of her concerns reached NASA, officials there immediately raised the issue with McClain, who fired off an email to Worden.

“They specifically mentioned threatening emails from orbit, and accessing bank accounts — not sure where that info comes from,” McClain wrote in an email to Worden.

Despite the turmoil, McClain portrayed no outward signs of trouble on the space station. The Spokane, Washington, native was an acclaimed leader with a decorated past — a West Point graduate who became a commissioned Army officer and flew more than 800 combat hours in Operation Iraqi Freedom before joining NASA in 2013. She remains a lieutenant colonel in the Army, and Stars and Stripes reported this week that she is on a list of candidates NASA is considering to be the first woman on the moon.

In the days after McClain’s email to Worden, Worden filed a complaint with the FTC, accusing McClain of committing identity theft — though she saw no sign that anyone had moved or made use of the funds in the account.

McClain, meanwhile, was gaining national attention for another reason. NASA was promoting the coming milestone of an all-female spacewalk, with McClain set to do work outside the space station with fellow astronaut Christina Koch. But in a sudden switch a few days before the spacewalk, NASA scrapped McCain’s role, explaining that there were not enough suits available in the two women’s size.

A NASA spokeswoman, Megan Sumner, said the decision about the spacewalk was not influenced by any allegations about McClain. Sumner declined to comment about the other issues raised by Worden.

In the days before McClain returned from space in June, Worden’s parents sent a lengthy letter to NASA’s Office of Inspector General, outlining what they described as McClain’s “highly calculated and manipulative campaign” to win custody of the child. In the letter, they included the allegation of the bank account intrusion.

In recent days, Michael Mataya, an investigator specializing in criminal cases with NASA’s Office of Inspector General, and another official have been exploring the issue, said Worden and her mother. Mataya declined to comment, as did a spokeswoman. The trade commission has not responded to the identity theft report, Worden said.

The domestic dispute in space may be the first such investigation, but it is unlikely that it will be the last.

“The more we go out there and spend time out there,” Sundahl said, “all the things we do here are going to happen in space.” 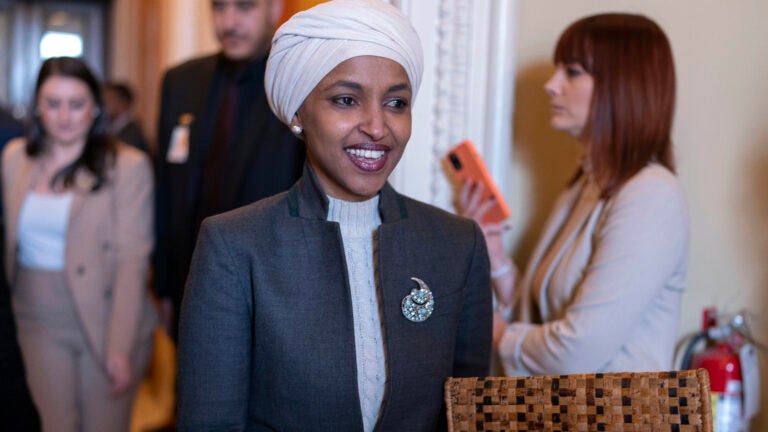