“I love eating beef,” Kevin ‘Kit’ Parker said. “Fat is the flavor, but the fat’s killing me.”

Still, sometimes the best way to communicate love is through food, he said, remembering the effort his mother put into cooking meals for their family, and the effort he now puts into rehearsing meals for his 11-year-old daughter the night before setting the table.

Parker, a professor of bioengineering and applied physics at Harvard, said his food journey left him questioning how to make meat healthier by growing it in his lab.

He said food “started as a hobby, turned into a class, rolled into a business, rolled into obsession,” and as he traveled for work, he began mapping out local barbecue joints along the route.

After talking to chefs and reflecting on his knowledge of engineering fibers, he discovered his next steps.

“Everything I learned about building tissues for patients, you just flip the equations, and it’s building meat,” Parker said.

Using concepts reminiscent of sci-fi novels, Parker and his students began engineering muscle fibers out of gelatin to make real meat that’s less fatty and could be harvested without killing an animal.

To make the project happen, he was given a small grant from the TomKat Foundation, which was formed and is funded by current presidential candidate Tom Steyer and his wife Kathryn Taylor, and some extra money from Harvard’s School of Engineering and Applied Sciences, which is sponsored by the National Science Foundation, for the development of nano-fiber scaffolding.

Parker said his lab is focusing on perfecting the two aspects you most judge barbecue on: taste and texture.

Harvard research associate Luke MacQueen said the process starts by making fibers out of gelatin — which acts similarly to collagen, the glue that holds cells together — so the meat forms a strong scaffolding mimicking the structure of real animals’ muscles.

Before being cultured, the stark white scaffolding has stringy tendrils and is shaped to look like whatever meat they’re growing.

Gonzalez said they’re able to spin almost any type of protein to create the fibers using water and sometimes ethanol.

Their next step is adding the animal cells and allowing them time to attach to the fibers and form a tissue.

Once the meat is fully cultured, MacQueen said he compares it to quality meat from the grocery store; they share a nearly identical color and structure.

“The takeaway message is that our lab-grown stuff can be made to have the same chewiness or springiness as these products, as the beef tenderloin,” he said.

When starting the project, MacQueen said success would be defined by sustainably producing meat that tasted good and didn’t kill an animal.

Through lab-grown meat, they’re hoping to reduce the number of crops needed to feed livestock, which is contributing to deforestation and ecosystem loss.

Though not everyone is open to these alternatives.

“There’s been what they would call an ick factor,” MacQueen said.

Christophe Chantre, a postdoctoral fellow at Harvard’s Wyss Institute, said he often gets asked one main question: Is it safe?

“It’s a fair question,” Chantre said. “I think the answer of everyone in the industry is that it is safe … because we really design, we choose what we want to put in these meat products.”

Chantre said cultured meat has the potential to avoid the ethical dilemmas people face from the way livestock is raised.

“I think really, the objective is that everyone can have access to it,” he said.

And while taste is important, MacQueen said they want their meat to go beyond the taste test.

“We don’t want to just make it taste the same, we want it to be the same,” he said. “And if the FDA and the USDA, when they’re starting to approve these things, demand some of those tests, we want them to pass with flying colors.”

Though the tools Parker and his lab have established are easily scalable to industry standards, they’re still dancing around next steps — either having other companies like Tyson Foods or Memphis Meats buy their fibers, or waiting for cellular agriculture to develop.

“There’s going to be some needs for breakthroughs in cellular agriculture where you have farms that just grow meat cells,” Parker said.

He said if they had access to the number of cells a stem cell company produces for drug testing in a week, they could stock any Whole Foods Market with a week’s worth of meat inventory.

“Before that cellular agriculture nut is cracked, I want to sell fibers to all these other people that have other ways of doing this,” Parker said.

Where the industry is at now, they can’t sell lab-grown meat at competitive prices. But MacQueen said he thinks mass cellular production will progress quicker than we think as the industry continues to pique people’s interests.

“That’s really going to push people to make these technology developments that will make it more affordable,” he said.

Parker said there are two levels of food insecurity: not knowing where your next meal is coming from and not knowing if you’re going to get the right meal.

“This is mostly about getting the right meal,” he said. “Maybe someday, it’s about making sure everyone’s got a meal.”

Since much of life is built around eating food, Parker said he hopes lab-grown meat can preserve the cultural significance of sharing meals, and make it healthier and more ethical so more people can fill their plate. 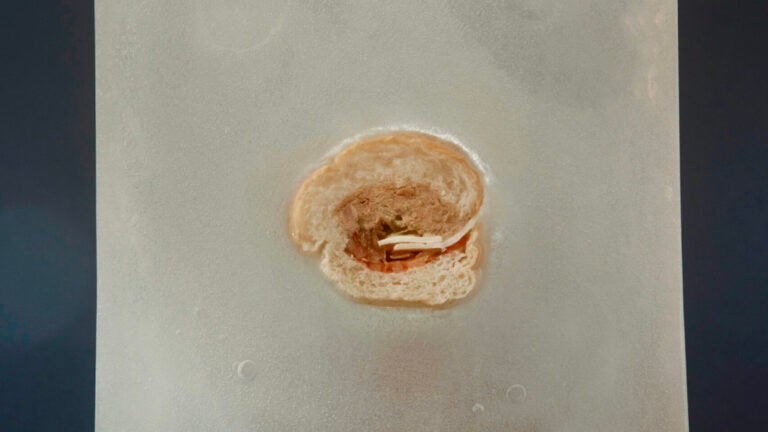