Working in the lab from noon until at least 1 in the morning, sometimes closer to 2, a team of Worcester Polytechnic Institute researchers spent 10 days manually mapping out key proteins in the new coronavirus, seeking a quicker route to the cure.

“People are dying,” said Senbao Lu, a PhD student from Beijing, China. “I feel bad because I’m here [in the U.S.], but I really want to help and we have this unique opportunity to work on this project, and hopefully our results will lead to faster developments of vaccines and antiviral drugs.”

Lu said his parents, who live in China, are now working from home as the virus spreads.

Knowing the danger it poses, the most important thing to Lu was making his research available as soon as possible.

“It was exhausting but also exhilarating,” he said. “We all had the power and energy to do it because this is kind of a personal thing, at least to me.”

Alongside Lu, WPI researchers have fashioned a structural 3D roadmap of the new coronavirus. Using the viral genome, bioinformatics and computational modeling, they assembled a 3D structure of major viral proteins and the way they interact with human proteins — potentially providing the key to understanding the way the deadly virus spreads and how to rapidly treat it.

Dmitry Korkin, associate professor of computer science, was the leading mind behind the project, borrowing the idea from a previous map they made while exploring eastern equine encephalitis (EEE).

“I remember thinking to myself, hey, this is exactly what we’ve just done [with EEE],” he said.

All they needed to create the same kind of map, Korkin said, was the coronavirus’ viral genome, which acts as “a genetic blueprint to the virus.”

As soon as Korkin accessed that, he gathered his whole research team — six PhD students and two master’s students — and went into what’s called “hackathon” mode.

“It’s a kind of approach to breaking the problem that is typically used in computer science,” he said. “This is sort of a very quick, very intense approach that allows you to get to the breakthrough very quickly.”

And it was during the hackathon that Korkin began breaking the genome down.

The proteins are the key mechanisms in the virus, and they each have 3D shapes that offer valuable information about the virus, like how it compares to its relatives: SARS and MERS. 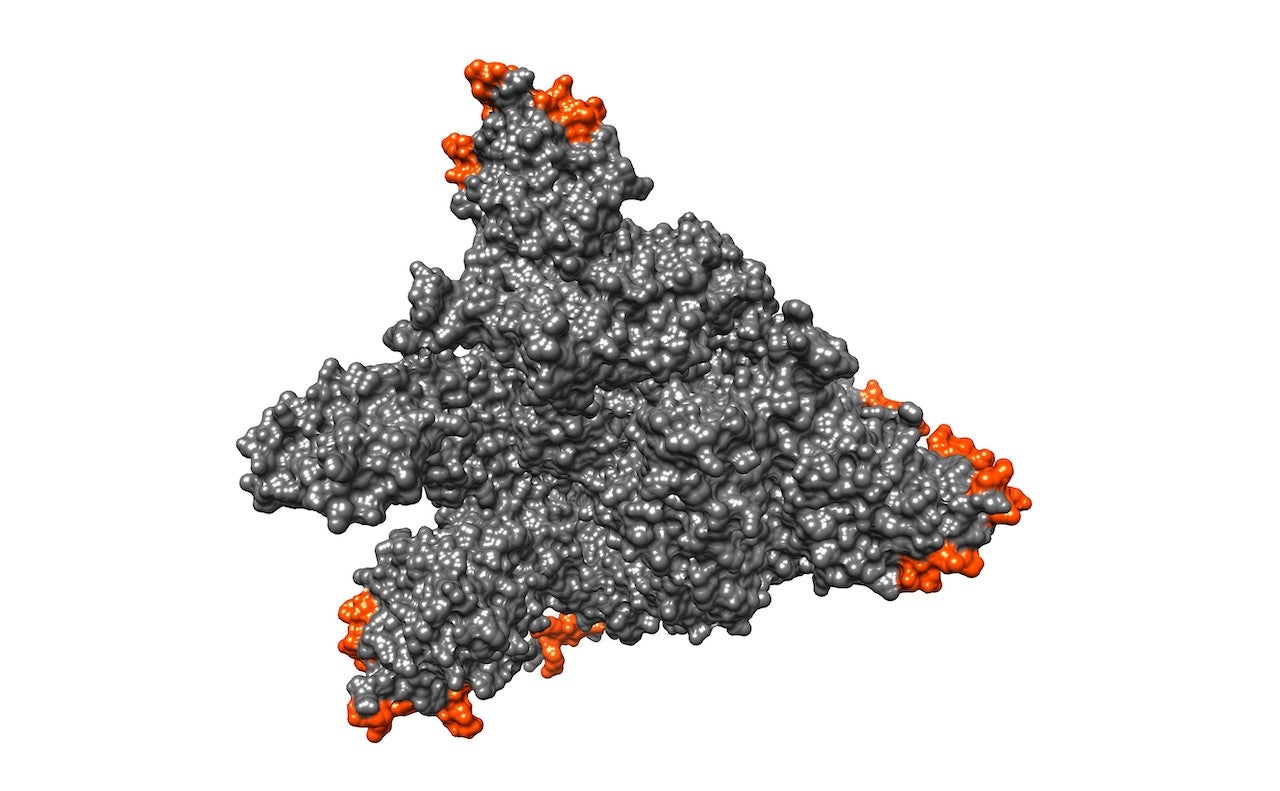 “We are able to reconstruct, using modeling, these unique 3D shapes of the viruses — and we went one step further, we were actually able to model the way this protein will interact with each other and with the human protein,” Korkin said, “because by interacting with the human protein, this is how infection occurs.”

While other researchers are paying attention to a single protein known as the surface protein, which is the anchor the virus uses to attach to human cells, Korkin and his team focused on something else.

“There are plenty of other proteins whose functions can be blocked by antivirals and this is something that has been overlooked so far by the community,” he said.

And now, it is possible scientists can use the information uncovered during the SARS epidemic, like possible antiviral drugs, to decipher this new virus.

“So we can take a look at those antivirals that were developed and use our 3D map to tell which of them would be likely working with the new virus,” Korkin said. “That’s why having this big 3D map is so critical.”

By now, Korkin said the coronavirus has killed more people than SARS did when it emerged in 2002-2003, and it’s a more “seasoned” virus because its incubation period is longer — giving it the ability to spread before you can detect it.

He said while a vaccine may be 12 to 18 months away, which is typical for vaccine developments, his research can pinpoint the best potential antiviral candidates and streamline the experimental research process. 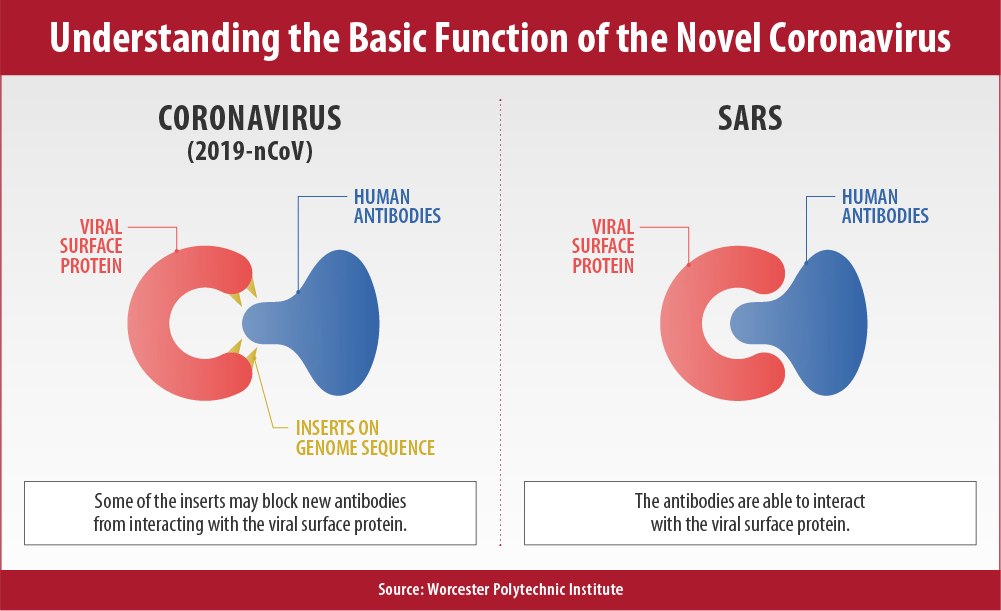 Just over a week ago, Korkin made the project’s results public to scientists around the globe.

Now, he said, they’re trying to model the actual interaction between the virus’ proteins and humans’, showing where the antiviral drugs bind and treat the new coronavirus.

Oleksandr Narykov, a PhD student from Ukraine who worked on the project, said he feels linked to this work after such an intense process.

“Usually, you feel distanced from the work that you do and the impact it makes,” he said.

But watching their results affect the world makes a difference.

“Finishing the project helped me feel connection to the real urgency,” he said. “It’s helped me to feel that the work that I do is really important for other people.” 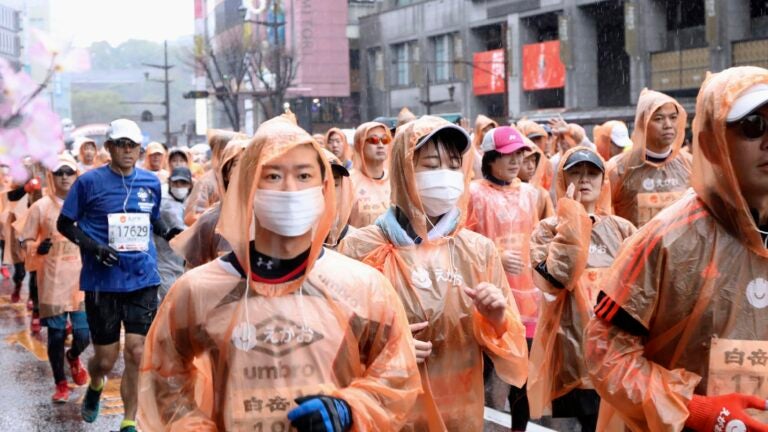