A few months of quarantine during the coronavirus pandemic? That’s nothing for a swarm of cicadas that have been underground since 2004.

In the time that the United States has seen the Boston Red Sox break an 86-year World Series drought, five presidential elections, a deadly pandemic and an insurrection, these creatures have been minding their own business, burrowed in the soil.

Now billions of cicadas, from a group known as Brood X, are expected to emerge in the next few weeks, just in time to help orchestrate the soundtrack of summer.

What Is Brood X?

Brood X is a group of periodical cicadas that emerges from below ground every 17 years. Other cicadas have 13-year life cycles.

“It’s really strange that a group of insects spends 17 years underground, and then they decide to come up,” said Matt Kasson, an associate professor of forest pathology and mycology at West Virginia University.

Cicadas, which feed from the sap of trees and plants, count freeze-and-thaw cycles as an “internal tally system” that tells them when it’s time to surface, Kasson said.

Brood X is one of the largest groups, and this year’s emergence could mean tens of billions of cicadas, he said.

When Will the Cicadas Emerge?

The timing of the appearance of Brood X cicadas varies by location.

They are ready but waiting for the soil to be warm enough. The ideal soil temperature for cicadas is about 64 degrees, Kasson said.

For the Mid-Atlantic region, that usually comes by about the third week of May, but it could be sooner. “Usually, you have stragglers on either side,” he said.

What States Can Expect to See Brood X?

Brood X is expected to emerge in about 18 states, Kasson said.

In the past, Brood X cicadas have been spotted as far north as Michigan, as far south as Georgia, and as far west as Illinois. Other states where they might emerge include Kentucky, Ohio, New Jersey, New York, Pennsylvania and Tennessee.

Brood X, which is also known as the Great Eastern Brood, has three epicenters across portions of the country. One will be in the Washington, D.C., area, including Northern Virginia and parts of Maryland. Another will be rooted in Indiana, and there will be a smaller one in and around Knoxville, Tennessee, Kasson said.

Not all states will see large emergences of cicadas, said Chris Simon, a professor of ecology and evolutionary biology at the University of Connecticut. “Some of them, it’s just a tiny little corner,” she said.

Other states, like Texas, get cicadas every summer, but those are typically annual cicadas or another type, Simon said. Active periodical cicada broods of the United States. Massachusetts is not an expected hot spot for Brood X, shown in yellow in the map above.

Because they feed off plants, cicadas can injure small trees and shrubs but cause no harm to humans, Kasson said.

If anything, he said, Americans should consider themselves lucky to witness the phenomenon. “It’s really something to marvel at,” he said.

They can, however, be annoying because of the sharp buzz they make when they’re looking for mates.

“Males go on a singing spree,” Kasson said, adding that in some areas with many cicadas, the sound can be deafening. “It results in this cacophonous shrill.”

Some cicadas are louder than others, Simon said, and some sing in different tones, from a mellow whistle to a raspy chorus.

Sounds up to 90 decibels could be measured standing directly under a tree filled with cicadas. A motorcycle, by comparison, can put out sounds up to 95 decibels, which can damage hearing after about 50 minutes of continuous exposure, according to the federal Centers for Disease Control and Prevention.

“It can be so loud that you want to put your fingers in your ears,” Simon said of the cicadas.

How Long Will Brood X Be Around?

Brood X won’t be buzzing for long. Once they emerge, the cicadas will be out for about four to six weeks, Kasson said.

After the cicadas have mated and the eggs hatch, the nymphs, as cicadas are called before they are fully grown, will emerge, Kasson said.

The nymphs then begin their 17-year cycle, feeding underground. After this year, those nymphs will emerge as cicadas in the next Brood X, the class of 2038.

What Should You Do If You See a Cicada?

Anyone who is interested in more than just listening to the cicadas’ soundtrack can help researchers by reporting sightings online at iNaturalist.org or Cicada Mania, or by using the app Cicada Safari.

Can You Eat Them?

For those interested in trying new foods, cicadas are edible, said Kasson, who compared the taste to tofu. “It takes on what you cook it in,” he said.

They are gluten free, high in protein and low in fat and carbs, according to National Geographic.

Although Kasson said he typically spends more time researching cicadas than eating them, he said he knows of people who sauté them.

Simon said she had one fried in Sichuan sauce but she doesn’t encourage people to snack on them.

“I feel sorry for them, growing up for 17 years, then someone eats them,” she said. 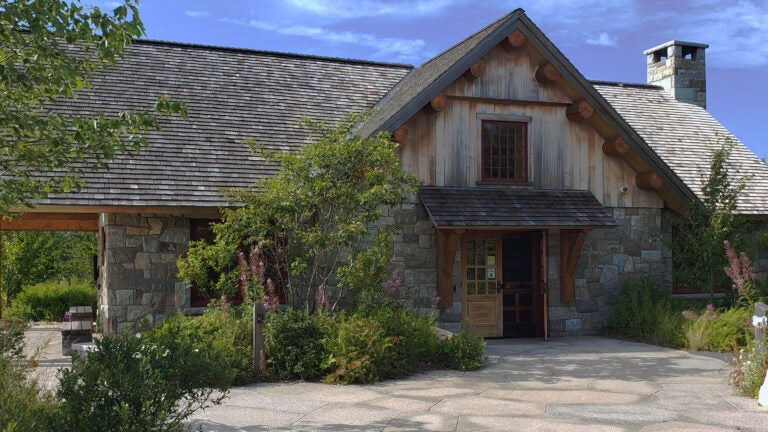 RV campground in Maine listed among the 9 'most beautiful' in the U.S.