North Atlantic Right Whales have been steadily getting smaller over the last three decades, a new study found. A whale born today is expected to be about three feet shorter than a whale born in 1981.

A report released Thursday shows that over time net entanglements are stunting growth in these giant ocean mammals.

Entanglements in fishing gear are associated with shorter whales, and less growth can negatively impact reproduction and also lead to shorter whales being born.

Researchers measured 129 whales born between 1987 and 2019, including seven whales known to have experienced a severe entanglement.

These entanglements, as well as strikes by ocean vessels, are the leading cause of death among the whales. North American Right Whales have been endangered since 1970, and, according to the study they have been monitored consistently since the 1980s.

“Over 83% now of the species has been entangled at least once in their lifetime, some as many as eight times,” she said. “If it doesn’t kill them, it’s certainly going to affect their ability to reproduce.”

The report found that all of these factors add up to serious stressors on the vulnerable whale population, even without direct hunting.

The National Oceanic and Atmospheric Administration estimates that there are fewer than 400 North Atlantic Right Whales left, with fewer than 100 breeding females. After 34 were found dead and 15 injured – representing 10% of the population – the NOAA declared an ongoing investigation into the “unusual mortality event.”

The investigation noted this as a “significant setback to the recovery of such a critically endangered species.” 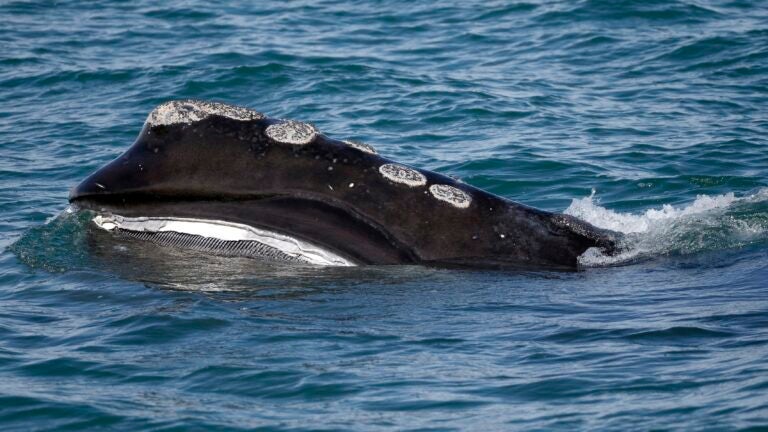