A high school football player in Worcester faced a possible one-game suspension for not standing during the national anthem during his team’s season opener last week, but the school system has decided not to suspend him.

Mike Oppong, a junior at Doherty Memorial High School in Worcester, told Boston.com that he was told he would be suspended for one game by his coach on Sunday, after school officials were alerted to his protest via Twitter over the weekend.

Oppong, 16, tweeted that he had been suspended on Sunday afternoon. The issue generated significant attention on social media before Oppong tweeted that the suspension had been overturned Monday morning.

He said he was inspired by Colin Kaepernick, the San Francisco ’49ers quarterback who has created a firestorm in the lead-up to the NFL season. Kaepernick has said he won’t stand during the anthem this season to protest racial injustice in U.S. policing.

Oppong, who is black, said he is protesting not just police inequality but racism in general, which he says is pervasive.

My coaches and principals have decided to suspend me for 1 game.

Thanks to all your love and support my suspension of 1 game has been terminated! pic.twitter.com/a8RB9c200N

Worcester Public Schools Superintendent Maureen Binienda said Oppong was never formally suspended, but that his coach, Sean Mulcahy, told him: “I don’t know what will happen but be prepared to sit one game.”

Robert Pezzella, the school system’s safety director, added that Mulcahy told Oppong he could be suspended less as a threat and more as a warning, because the “significance and sensitivity” of the protest could cause school officials of higher rank to take action. Pezzella said Oppong never faced an academic suspension.

On Monday morning, officials conducted an investigation of the incident and determined it was “very clear that [protesting] is their constitutional right and no discipline can follow,” Binienda said.

The school system also issued a statement to the Worcester Telegram & Gazette:

The Doherty student did not violate any school rule when he peacefully and silently protested during the national anthem. He exercised his Constitutional rights without disturbing the school assembly and he is not being disciplined by his actions.

Oppong kneeled during the anthem ahead of Doherty’s season opener last Friday night against Leominster. He had announced the planned protest several days in advance on Twitter.

“I just want to be treated fairly and equally,” he said.

On Sunday, during most NFL teams’ first games, players other than Kaepernick kneeled during the anthem, and two New England Patriots — Martellus Bennett and Devin McCourty — held their fists over their heads at the end of the anthem.

“I feel more justified when that happens because it spreads awareness,” he said, of seeing more professional players protest over the weekend.

Oppong said he has the support of his family and teammates and intends to continue protesting in future games.

Oppong is the school’s starting strong safety and a backup quarterback, and hopes to play college football. The 16-year-old scored a touchdown late in Friday’s opening game, which the team lost. 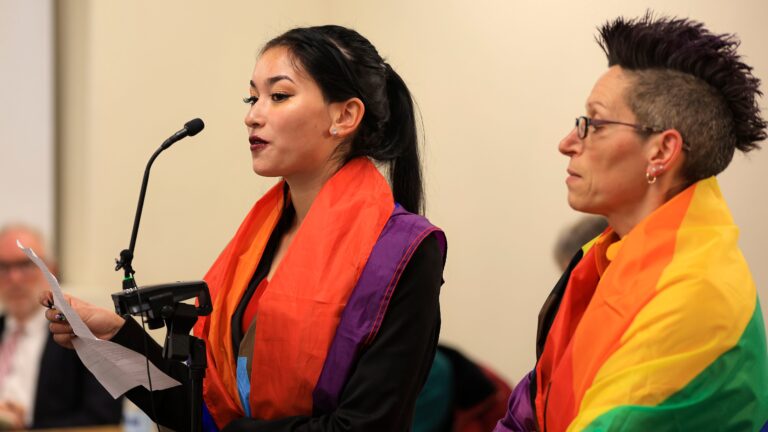