The Delaware court filing signals that Schilling, who set out to build an ambitious multiplayer online role-playing game, has given up his search for additional capital from Rhode Island or outside investors to revive the six-year-old company. Chapter 7 is the section of the bankruptcy code that companies use when they are liquidating assets.

“It’s a decision by the management and the owners to essentially throw in the towel,’’ said David Reier, a bankruptcy lawyer with Boston law firm Posternak Blankstein & Lund.

In its filing, 38 Studios indicated it has more than 1,000 creditors, including workers, who are owed more than $150 million. The firm estimated its assets are worth only about $22 million, suggesting most creditors have little hope of being repaid. Three of the Providence company’s affiliates also filed for bankruptcy.

In a brief statement, 38 Studios said it was “unable to find a solution to the current stalemate’’ after negotiating with the state, potential investors, and others.

The bankruptcy filing also confirms fears that Rhode Island taxpayers could be out tens of millions of dollars the state used to lure the company from Maynard, Mass., to Providence. The state guaranteed a $75 million loan to the company in exchange for 38 Studios’s promise to create 450 jobs in the Ocean State. The company laid off its entire staff — more than 400 full-time workers in Maryland and Rhode Island — two weeks ago.

The Rhode Island Economic Development Corp. appears to be the company’s largest creditor, according to the court filings. 38 Studios said it owed the agency $115.9 million, including interest and other payments over the life of the loan — though that’s partially offset by more than $23 million the state held back in reserve and any money recovered from the sale of 38 Studios’s remaining assets. The agency is likely to be among the first in line to be repaid from any of the company’s assets.

Governor Lincoln Chafee said Thursday at a press conference that the state already has had discussions with investors who might be interested in purchasing the remaining assets for tens of millions of dollars, which would help the state recoup at least part of its investment.

An attorney working for Chafee, Jonathan Savage, said, “There could be significant value to the assets.’’

Meanwhile, state and federal authorities launched several investigations into the company this week amid questions about 38 Studios’ attempts to obtain and sell millions of dollars in tax credits, its failure to pay hundreds of workers, and the disposition of tens of millions of dollars in government-backed loans. The head of the Rhode Island State Police said his agency launched a joint inquiry on Wednesday with the Rhode Island attorney general, the FBI, and the US attorney’s office.

“We have decided to use our mutual state and federal resources to investigate and attempt to ascertain what happened, where the money went, and what it was used for,’’ said Steven G. O’Donnell, superintendent of the State Police. “We will look at everything.’’

Mike Breault, a former narrative designer for the company, said he and other workers have already filed complaints with the state to try to recover unpaid wages. The company reported in its bankruptcy filing that it owed workers more than $2 million in unpaid wages and vacation time.

“That is, as far as I know, our only hope of seeing any payment,’’ said Breault, who is searching for a new job.

In addition, about a halfdozen employees could also be on the hook for an additional home mortgage because of the company’s demise.

To encourage employees to relocate to Providence from Massachusetts, 38 Studios offered to help workers sell their homes and pay the mortgage in the meantime. But because of the sluggish real estate market, 38 Studios was unable to sell all the properties. In the bankruptcy filings, 38 Studios listed seven employees with unsold homes in Acton, Brockton, Maynard, Leominster, and Marlborough, mostly with underwater mortgages.

The head of MoveTrek Mobility LLC, the company 38 Studios hired for the relocation, vowed Thursday to continue to advise workers trying to sell their homes, but said he can’t continue to pay their mortgages.

Schilling, who owned 82.9 percent of the company, told The Providence Journal last month that he poured $38 million of his own money into 38 Studios and had guaranteed another $12 million in loans. “If this company fails, I will be financially devastated,’’ Schilling told the Providence paper.

The bankruptcy filing shows he didn’t draw a salary, but 38 Studios paid for his health care policy and spent more than $39,000 for his business travel expenses in the past year.

Industry executives said they weren’t surprised by the bankruptcy filing because the company focused on expensive, elaborate online games, which are often delayed, scrapped, or fail to connect with customers.

Michael J. Cavaretta, a lawyer who represents local video game companies, said the deal that brought Schilling’s company to Rhode Island may have intensified its problems because it required 38 Studios to continue to add jobs, as it ran low on cash.

“Massively multiplayer online games are very, very difficult,’’ said Cavaretta, a partner at Morse, Barnes-Brown & Pendleton in Waltham. “Games like World of Warcraft and Lord of the Rings Online have pretty much tied up the category, and they’re extremely expensive to produce.’’ 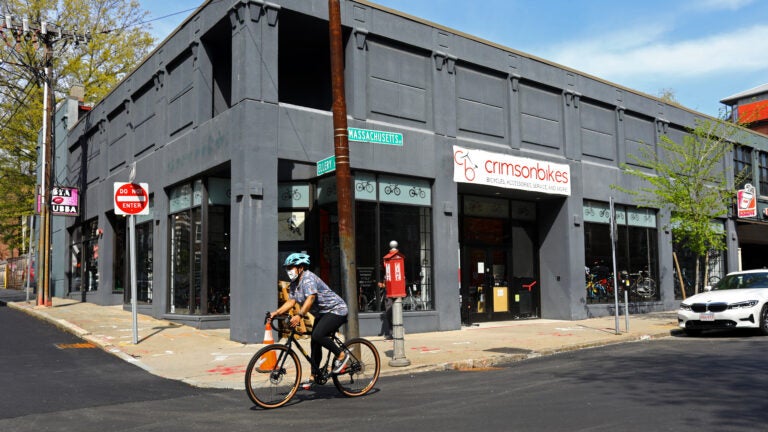