Dr. Murray died at his home in Oceanside at 4:57 a.m. Thursday, said Charlene Anderson, a longtime friend and former colleague at the Planetary Society.

In 1980, Dr. Murray cofounded the Planetary Society with the late astronomer Carl Sagan and astronautics engineer Louis Friedman as part of the quest to save the laboratory and the planetary exploration program.

‘‘Bruce was an extremely strong personality, but brilliant. I worked with a lot of smart people in my time at the Planetary Society, but Bruce’s mind was the mind I admired most for the way he could slice through a problem,’’ Anderson said. ‘‘He was forceful and dynamic.’’

Dr. Murray took over the Jet Propulsion Laboratory in 1976 when the Viking program was putting landers on Mars, Voyager was touring the solar system, and the Apollo program was winding down.

According to the laboratory, Dr. Murray disagreed with NASA’s focus on the search for life during the Viking missions to Mars. He said it was premature because the craft’s biological instruments would not provide adequate results. As it turned out, that was right and probably helped him get the job at the Jet Propulsion Laboratory when William Pickering retired.

Before taking the job, Dr. Murray took a sabbatical from the California Institute of Technology, which manages the Jet Propulsion Laboratory, to read up on management and came back convinced that to survive, the laboratory would have to embrace change, said colleague John Casani, who is now retired, but was the project manager on the Voyager, Galileo, and Cassini missions, and later chief engineer at the laboratory.

Dr. Murray ran into a lot of internal opposition because of that thinking, Casani said.

As NASA focused on the space shuttle program and low-Earth-orbit capabilities, it cut back on the planetary program. Dr. Murray was able to start a solar energy research project for the Department of Energy, a study that was abruptly ended in 1981.

Dr. Murray stepped down as director in 1982, returning to the department he started at Caltech.

The Jet Propulsion Laboratory said Dr. Murray was able to salvage the Galileo mission to Jupiter, but lost the American half of the two-satellite International Solar Polar Mission; it was ultimately launched with the Jet Propulsion Laboratory instruments as the European Space Agency’s Ulysses by space shuttle Discovery. A proposed mission to Halley’s comet was also dropped.

Dr. Murray was able to obtain the American portion of the joint United States-Netherlands-United Kingdom infrared astronomy satellite to the laboratory and Caltech gained the project’s science data center.

‘‘Bruce Murray was one of the most agile members of an agile generation. Under his leadership, the Jet Propulsion Lab’s skilled teams extended humanity’s reach and vision to distant worlds. A brilliant scientist, he also served his civilization in realms of policy, and even art,’’ said science fiction writer and futurist David Brin.

‘‘Murray was somewhat confrontational but never argumentative and never hostile,’’ said Casani, who originally worked with Dr. Murray on imaging for the Mariner spacecraft in the early 1960s.

‘‘People at JPL either loved or hated him. He was always shaking cages,’’ he said.

At Caltech, Dr. Murray would throw out a challenge and students would attack or defend it. But the give-and-take needed for that kind of relationship did not work that well at the Jet Propulsion Laboratory, Casani said.

‘‘He would throw out a crazy idea just to get reaction that never happened,’’ he said. ‘‘The next Tuesday, there would be 30 people working on that crazy idea.’’

Shortly after he got to the laboratory, Dr. Murray set up an advisory council for women because there were hardly any female engineers, Casani said. He chose a group of 12 women to help him get the word out and recruit, changing the women on the board each year.

‘‘Today it shows in terms of demographics,’’ Casani said. More women are employed at the Jet Propulsion Laboratory, in all positions, than any other NASA center, he said.

‘‘He was very forward thinking. Then he had some crazy ideas too. Some worked and some didn’t,’’ Casani said.

Dr. Murray leaves his wife, Suzanne, and five children: Steve in Nevada, Peter in Oregon, Christine in Maryland, Allison in California, and Jonathan in Tennessee.

He was also very close to his cousin, former House speaker Tom Foley, who is in hospice care in Washington, D.C., Anderson said. 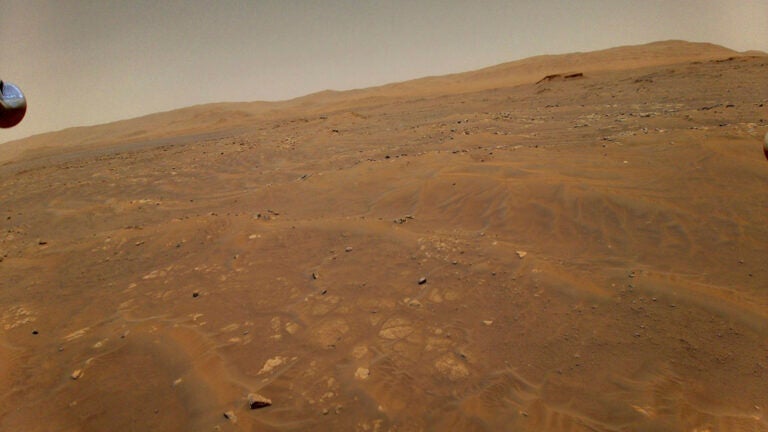