Uber users, as well as some opponents of the popular ride-calling service, showed up in droves in Cambridge Tuesday night to clash over proposed regulations that Uber said would cause it to cease operations in the city. But by the time the meeting started, some of the tension between the city and the company that had built early this week appeared to have simmered.

The proposed regulations would have required companies offering services like Uber’s, and drivers for those companies, to become licensed with the city. It also would have not allowed technology not approved by the city—like Uber’s and its competitor Lyft’s—to be used in any livery service, would have set a minimum price for any ride at $50, and would have banned other elements of Uber’s business model.

The commission did not vote on the proposed regulations. It had said there would not be a vote at the meeting earlier in the day. During the meeting, License Commission chair Andrea Spears Jackson said those proposed rules “would not be passed,’’ and predicted that multiple additional hearings would follow.

The board said the regulations were meant to serve as a starting point for a conversation about how to regulate non-registered taxicabs in the city, and also said they were not meant to target Uber specifically.

“One of the challenges of the commission is…that it’s not just looking at Uber,’’ she said. “It’s also looking at (illegal taxis in the city.)’’

The commission asked Uber Boston General Manager Meghan Verena Joyce questions about liability insurance and background checks for drivers. Many of the details of the proposed regulations that had sparked the most user outrage were not discussed, with the conversation instead shifting to how the city and the company could work in tandem.

The commission discussed comparing the company’s background checks with the city’s, whether Uber would be open to sharing customer complaints with the city, and how drivers could prove they are with the company.

Joyce said she was hopeful the city and the company could collaborate on regulatory practices. She pointed to other cities that have reached regulatory deals with the company. Earlier this week, Seattle reached a deal after a lengthy process with that city.

“If that would make Cambridge more comfortable and safe…I’d be thrilled to share (details of those agreements) with you,’’ Joyce said.

Gordon Gossage, a driver for Lyft, also suggested Cambridge look at regulations from other cities and states.

Taxi drivers’ union representative Donna Blythe-Shaw gave testimony in support of the proposed rules. Cab drivers have loudly objected to programs like Uber facing less regulation than cab companies. Blythe-Shaw said much the same, though also said Uber as a company threatens to wipe out the “Main Street’’ businesses that she said cab companies represent. Other cab drivers have complained that drivers for Uber, which usually serves as a service that picks up at locations on-demand, have been accepting hailed rides as well.

Disability advocates also spoke, asking that any proposed regulations require Uber drivers to accept service dogs. They said legally blind Uber users have been denied rides because of their dogs. Following the meeting, Uber’s Joyce said the company is open to working with municipalities to improve circumstances for the blind.

In a blog post and on social media on Monday and Tuesday, Uber had mobilized users to challenge the proposed regulations. It worked, drawing more than 100 supporters to the meeting.

The small room used for commission meetings, located in a basement of a building just outside Central Square, was jam-packed. Several in attendance stood along the room’s walls, and more filed out the door and into the hall.

The small size of the room and the large crowd turnout presented some logistical problems, with only some of those in attendance able to cram in. The board also heard a few cases ahead of discussion about the proposed rules, but the amount of people standing in the hallway—in tandem with safety rules that did not allow for the door to be closed—created significant noise issues during those hearings.

It was all fairly absurd, objectively speaking.

The city had telegraphed a softened stance, at least toward Uber, earlier in the day on Tuesday. The board had said on Twitter that the proposed regulations were meant to serve as a conversation starter, and announced there would not be a vote at the meeting. The board later tweeted that it had met with Uber. Uber later confirmed that meeting on its blog.

Uber had told Boston.com earlier in the day that Cambridge had never reached out in an attempt to meet a middle ground. The city has had Uber in its crosshairs before. In 2012, the city challenged the legality of the service’s faring system, and had moved to ban the service from the city’s roads. But the state, which had at first been supportive of the city’s position, intervened. Cambridge lost in court when it appealed the state’s position in 2013.

Cambridge Mayor David Maher, who chairs the City Council (in Cambridge the city manager serves as chief executive, while the mayor is a city councilor chosen by his or her peers), released a statement about the proposal to the media earlier today. 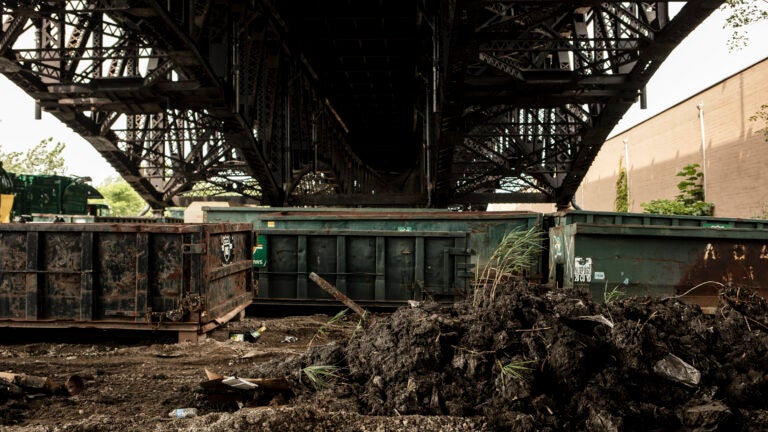