For certain Uber users in Boston, the costly scourge of surge pricing is already a thing of the past.

Uber Boston is experimenting with selling a monthly pass for users of its carpooling service that would charge a flat fee for each ride, doing away with surge pricing altogether. Boston is the first local Uber market to try a monthly pass for flat-rate rides, the company said.

A limited number of local Uber users on Wednesday received an offer to purchase a “POOL Pass” for the month of June that would charge a $2 flat fee for each Uber Pool ride as long as that ride took place in a designated zone.

The pilot program represents a shift from Uber’s surge pricing model, in which fare prices are multiplied when the service is in high demand. Because of surge prices, requesting an Uber in bad weather, in high-traffic areas, or after major events can be a big money-maker for drivers—and an expensive frustration for riders.

The flat-rate rides are only available in stretches of Boston, from Brighton through downtown to South Boston, as well as most of Cambridge, Somerville, and Charlestown.

However, the area does not include major sections of East Boston, Roxbury, Jamaica Plain, Dorchester, Mattapan, and other neighborhoods within Boston’s city limits. 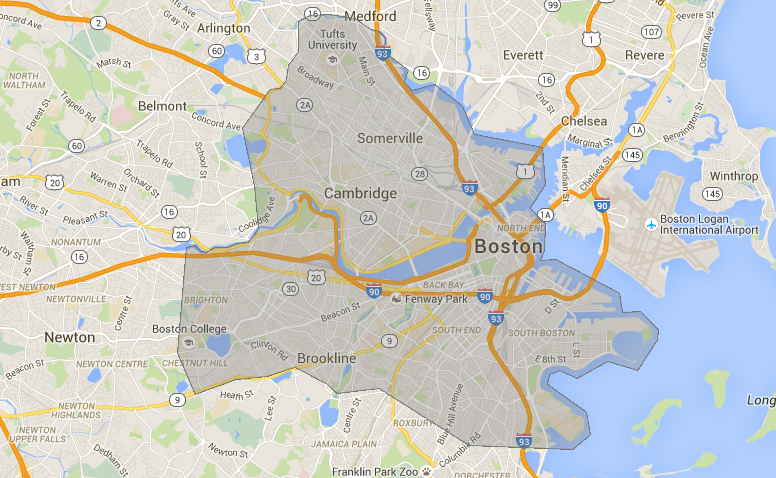 Uber drivers will still be compensated at the same cost as a usual Pool ride, the company said.

The Pool service, which expanded to Boston last April, acts as a carpool by combining different riders who are traveling along a similar path to their destination. The service is cheaper than a regular Uber ride, but the commute takes longer.

Uber Boston has been testing the monthly membership program for the past few months and iterating on the service. The passes for June are only on sale from Wednesday to Friday, 9 a.m. to 7 p.m. 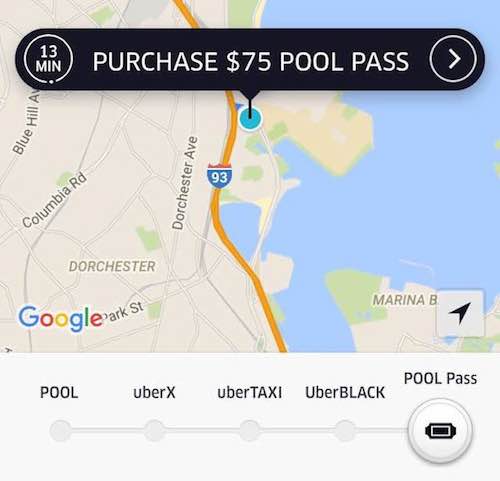