In a video released Tuesday, Atlas jumps around, performing handstands and smooth flips that most humans couldn’t pull off. The robot even lands a 360-degree turn. As many on social media have pointed out, Atlas may as well be Simone Biles.

Touted as the “world’s most dynamic humanoid robot,” Atlas was built to have human-level agility and balance, according to the Boston Dynamics website.

“Atlas uses its whole body — legs, arms, torso — to perform a sequence of dynamic maneuvers that form a gymnastic routine,” the video’s caption reads. “We created the maneuvers using new techniques that streamline the development process.”

As droves have pointed out online, that makes for a pretty eerie watching experience.

Who is telling them to do this?

While many commenters were disturbed by the video, writing “We’re doomed” and “This is bad,” some were more impressed.

Other Twitter users had ideas for what Atlas should be programmed to do next.

Impressive demonstration. Although, I’m not so sure there’s a practical reason to have a humanoid gymnastics robot.
Make it do housework and yard work, and we can talk.

Wait till it hits you with that kpop choreography, I’ll be impressed then ?

We’ll leave you with this: 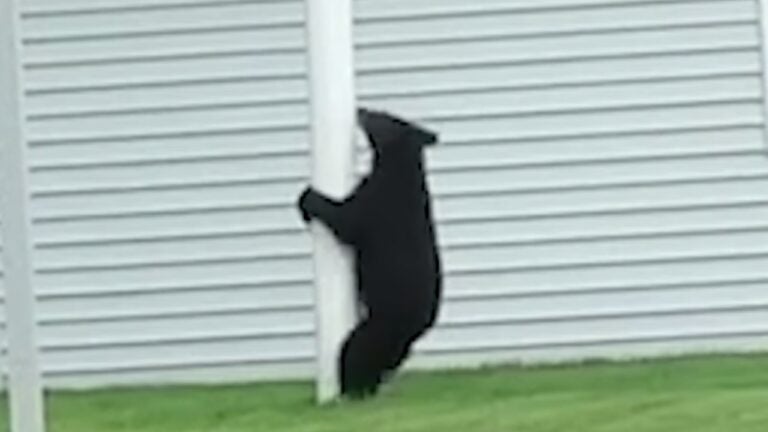 One bear danced, another broke into a car in N.H. Both were caught on video.