LONDON — Facebook is trying to make it easier for users to move photos from the social network to rival online services, reacting to European privacy laws and criticism from regulators that its size and control over data hinders competition.

On Monday, Facebook said it would begin testing a “data portability” tool in Ireland that would allow users there to move photos and videos from Facebook to Google Photos. Critics immediately said the initiative did not go far enough.

Facebook’s control over personal data has been central to ongoing antitrust investigations in Washington and Europe. Authorities say Facebook holds so much information about its users — data it uses to fuel its digital advertising business and improve its services — that it creates a competitive imbalance that rivals cannot match.

The company has long benefited from so-called network effects, where the value of its services increases as more people join. But many users have felt they cannot leave Facebook because transferring photos and videos elsewhere was too difficult. To foster more competition, officials have debated how to make companies let users take their content and data to other services.

Facebook is starting the project in Ireland with Google, hardly a small upstart, but said that it would expand it to other photo services and other parts of the world by June.

Facebook said the photo-moving service came after discussions with officials in countries including Brazil, Britain, Germany and Singapore.

“We’ve learned from our conversations with policymakers, regulators, academics, advocates and others that real-world use cases and tools will help drive policy discussions forward,” the company said in a blog post.

A Google spokesman said that the company had offered data portability tools since 2007, and also pointed to the company’s founding role in the Data Transfer Project, which enables direct platform-to-platform portability.

Michael Veale, lecturer in digital rights and regulation at the University College London, said a better way to encourage competition would be to allow non-Facebook users to interact with those who are on the social network, for actions like messaging and organizing events.

“Being able to port your data does not threaten Facebook,” said Veale, who has filed a privacy complaint against Facebook in Europe for not giving him access to data that the network holds about him.

Martin Husovec, an assistant professor at Tilburg University in the Netherlands who has written about data portability, said authorities were debating whether to require Facebook to make more of its real-time data available to competitors. In Britain, regulators now require banks to provide access to certain financial data, allowing smaller companies to offer digital banking services that are becoming popular with customers.

“Data gives companies power, that’s why it becomes an important resource,” Husovec said. “If you force a company to share the information perhaps you reduce the competitive advantage and level the playing field.”

“The market of social networks is far too concentrated partly because of the strong network effects which lock in consumers within Facebook’s ecosystem,” he said. “The fact that you might be able to transfer your pictures to another service will not change that situation.”

Control of data has become a central issue in the ongoing antitrust debate about the power of the world’s largest technology platforms. Authorities in the United States and Europe have been exploring whether companies like Amazon, Apple, Facebook and Google use data to box out competitors.

Margrethe Vestager, the EU’s top antitrust regulator, said last week that the use of data could provide many benefits, “but not if that data is monopolized by a few companies, and used to drive out competition.” 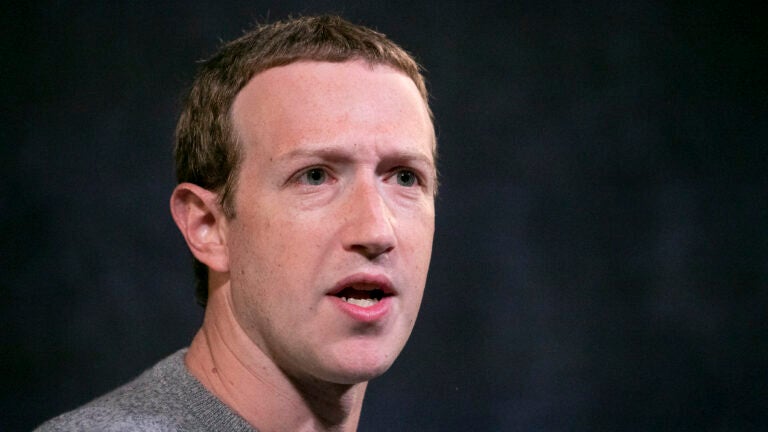 No more apologies: Inside Facebook’s push to defend its image