There are about a dozen industries at the frontier of innovation. They include software and pharmaceuticals, semiconductors and data processing. Most of their workers have science or tech degrees. They invest heavily in research and development. While they account for only 3% of all jobs, they account for 6% of the country’s economic output.

And if you don’t live in one of a handful of urban areas along the coasts, you are unlikely to get a job in one of them.

Boston, Seattle, San Diego, San Francisco and Silicon Valley captured nine out of 10 jobs created in these industries from 2005 to 2017, according to a report released Monday. By 2017, these five metropolitan regions had accumulated almost a quarter of these jobs, up from under 18% a dozen years earlier. On the other end, about half of America’s 382 metro areas — including big cities like Los Angeles, Chicago and Philadelphia — lost such jobs.

And the concentration of prosperity does not appear to be slowing down.

America’s deepening inequality has become a cause for alarm. The picture of a country cloven between a small set of prosperous urban “haves” and a large collection of “have-nots” has come sharply into focus as an opioid epidemic has overtaken vast swaths of the country. It gained the attention of the political class in 2016, when voters across the industrial heartland embraced Donald Trump’s populist message.

The search for ideas that could improve the economic conditions of deprived areas, long derided by economists as a fool’s errand — why spend money on improving the lot of places rather than people, many experts argued — is now at the top of policymakers’ lists.

The report is by Mark Muro and Jacob Whiton from the Brookings Institution’s Metropolitan Policy Program, and Rob Atkinson of the Information Technology and Innovation Foundation, a research group that gets funding from tech and telecom companies. They identified 13 “innovation industries” — which include aerospace, communications equipment production and chemical manufacturing — where at least 45% of the workforce has degrees in science, tech, engineering or math, and where investments in research and development amount to at least $20,000 per worker.

The authors argue that a broad federal push is needed to spread the business of invention beyond the 20 cities that dominate it. “Hoping for economic convergence to reassert itself would not be a good strategy,” Muro said.

Expanding the knowledge economy across all of America might indeed be a fool’s errand. As Atkinson noted, Erie, Pennsylvania, and Flint, Michigan, might never attract the Googles or Apples of the world. But mid-size cities like St. Louis, Pittsburgh and Columbus, Ohio, could feasibly transform into hubs of technological entrepreneurship.

The report’s authors propose identifying eight to 10 cities, far from the coasts, that already have a research university and a critical mass of people with advanced degrees. The government would then spend about $700 million a year for research and development in each of them for a decade. Lawmakers could give high-tech businesses that set up shop in these cities tax and regulatory breaks. Atkinson suggested a limited break from antitrust law to allow businesses to coordinate location decisions.

Battling the forces driving concentration will be tough. Unlike the manufacturing industries of the 20th century, which competed largely on cost, the tech businesses compete on having the next best thing. Cheap labor, which can help attract manufacturers to depressed areas, doesn’t work as an incentive. Instead, innovation industries cluster in cities where there are lots of highly educated workers, sophisticated suppliers and research institutions.

Unlike businesses in, say, retail or health care, innovation businesses experience a sharp rise in the productivity of their workers if they are in places with lots of other such workers, according to research by Enrico Moretti, who is an economist at the University of California, Berkeley, and others.

Other industries and workers are also better off if they have the good fortune of being near leading-edge companies. The report points out that the average output per worker in the 20 cities with the most employment in the 13 high-tech industries is $109,443, one-third more than in the other 363 metros across the country.

The cycle is hard to break: Young educated workers will flock to cities with large knowledge industries because that’s where they will find the best opportunities to earn and learn and have fun. And startups will go there to seek them out.

Even skyrocketing housing costs have not stopped the concentration of talent in a few superstar cities. High-tech companies that seek cheaper places to set up beyond their hubs often go to Bangalore, India, rather than Birmingham, Alabama.

“They keep the core team in Silicon Valley or Seattle but put the other stuff in Shenzhen or Vancouver or Bangalore,” Atkinson said. Shenzhen, China, may not be much cheaper than Indianapolis, he added, but Shenzhen is already a tech hub in its own right.

It is uncertain whether government support could pull innovation out of the clutches of superstar cities. The proposal by Brookings and the Information Technology Foundation will not come cheap: They estimate a $100 billion price tag over 10 years.

The payoff, however, would extend beyond the new technology hubs. Jon Gruber, an economist at the Massachusetts Institute of Technology, noted that in a world where Cincinnati becomes a hub of entrepreneurship, “we don’t need to fix opioid country” in Appalachia. That’s because many of those areas are within commuting distance of Cincinnati.

The risk, he said, is not only that much of America will be left to founder as superstar cities become more congested and less affordable. Political support for publicly funded research will crumble unless more of the country enjoys the benefits from innovation. 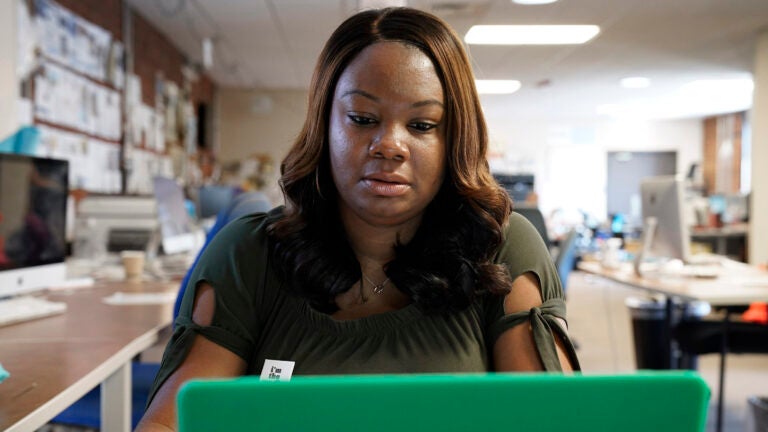