NASA astronauts Bob Behnken and Doug Hurley are aboard the International Space Station.

The pair floated into the station from their SpaceX Dragon capsule at 1:22 p.m. Eastern time, 20 minutes after they opened the hatch. They were greeted by fellow NASA astronaut Chris Cassidy, who has been on the station since April, and two Russian cosmonauts.

Their arrival completed the last major milestone of the launch that began Saturday, when the SpaceX Falcon 9 lifted off from pad 39A at the Kennedy Space Center.

The spacecraft, now named Endeavour, docked with the station at 10:16 a.m. Sunday, and the crews then worked to equalize the pressure between the spacecraft and the station before opening the hatch.

Behnken and Hurley will remain onboard the station for between one and four months.

In addition to Cassidy, two Russian cosmonauts, Anatoly Ivanishin and Ivan Vagner, are aboard the station.

The docking was a delicate and dangerous part of the mission. The spacecraft chased down the space station, traveling in orbit at 17,500 m.p.h., but then approached very slowly in a series of carefully choreographed maneuvers.

Shortly after docking, Hurley said, “it’s been a real honor to be just a small part of this nine-year endeavor since the last time a United States space ship docked with the International Space Station.”

This is the first time in human history @NASA_Astronauts have entered the @Space_Station from a commercially-made spacecraft. @AstroBehnken and @Astro_Doug have finally arrived to the orbiting laboratory in @SpaceX‘s Dragon Endeavour spacecraft. pic.twitter.com/3t9Ogtpik4

“Bravo on a magnificent moment in spaceflight history,” he said, “and on the start of a new journey that has changed the face of space travel in this new era of space transportation.”

The flight is the first launch of NASA astronauts since the Space Shuttle retired in 2011, and the first of a private company of humans to orbit.

Behnken and Hurley said during a live broadcast Sunday morning that they have had a smooth ride so far, got a decent night’s sleep and awoke this morning to Black Sabbath’s “Planet Caravan,” continuing a NASA tradition of waking astronauts to music.

En route to the space station, the Dragon spacecraft performed a series of “burns,” or engine thrusts that raised its orbit to eventually match that of the station. Shortly before 9 a.m. the spacecraft was moving into position about 400 meters below the station.

The Dragon spacecraft flies autonomously, but the astronauts can take over the controls at any time, and seem to be enjoying flying a modern spacecraft. During a broadcast from the capsule, Hurley noted that they were the first astronauts to control a spacecraft using a touchscreen. 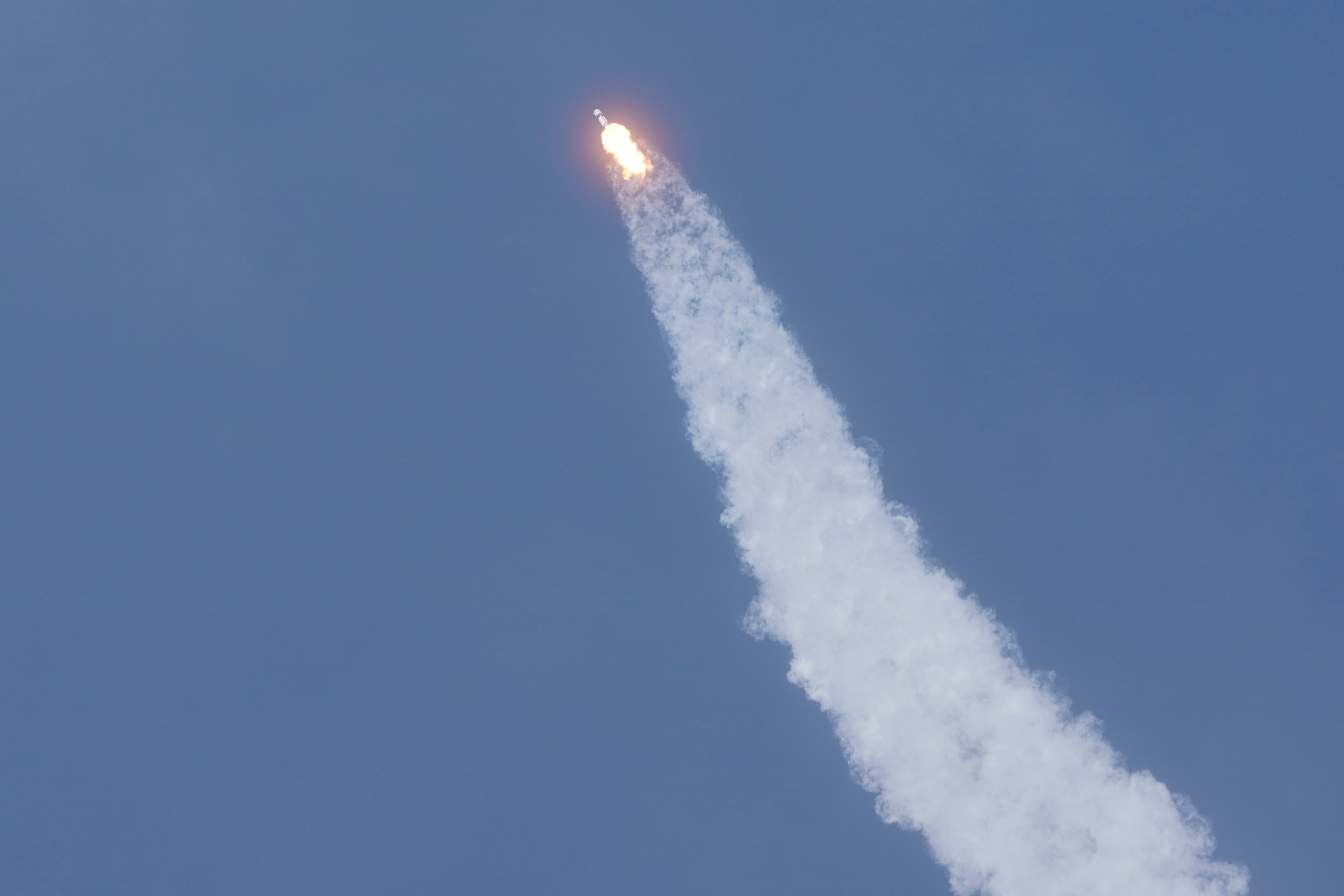