By August, Comcast plans to charge Massachusetts residents up to $100 in additional fees for anyone using its Xfinity Internet service who exceeds a new monthly data cap of 1.2 terabytes — but a league of state lawmakers are pushing back on the move.

Democratic state representatives Andy Vargas and Dave Rogers filed a bill on Jan. 27 that would ban the broadband provider or any other internet provider from shutting off internet access, raising rates or imposing data caps on Massachusetts residents during the COVID-19 emergency.

In response to @comcast internet data cap plans, this week we filed HD 663 alongside @RepDaveRogers.

While Comcast has already enforced the data cap in 27 states for several years, the cable company was initially set to implement its controversial plan with the rest of its customers in the northeast, an additional 12 states including Massachusetts, in January.

By late December, 71 state senators and representatives had sent a letter to Comcast, urging the company to discontinue their plan and reconsider “any future attempts at imposing a data cap or any perversion of the principles of net neutrality in Massachusetts.”

“We asked them to voluntarily not do this,” Rep. Vargas, a Haverhill Democrat, told Boston.com. “And they essentially replied with: ‘but here’s a long list of good things that we’ve done in the community and, by the way, this is only going to affect 5% of customers.’”

But Vargas said from what community members have shared with him, that’s not exactly the case.

“We’ve seen far more than 5% of folks affected by this and people who don’t even have kids getting this notice that they’re exceeding their 1.2 terabytes,” he explained. “So after we heard from Comcast, in their response to our letter, we said well we’re gonna have to take this to the next level.”

The internet provider originally offered a grace period to ease customers into the new setup without fees until April, but Vargas stressed the necessity of the internet to life at home, especially as residents continue to weather the ongoing coronavirus pandemic.

“There shouldn’t be any cut-offs, or shut-offs to the internet, which is something that we put in place for other utilities,” he said, adding how gas and electric companies aren’t allowed to cut anyone’s services, regardless of whether they can afford it. “We basically wanted to adopt the framework that’s in place for our utilities and apply that to the internet.”

Within 48 hours of filing the legislation, which Vargas noted has bipartisan support and 62 cosponsors, Comcast pushed the start date for their program back to August, giving customers at least six more months to figure out their data usage before adding charges.

“I think it’s a great short term win that demonstrates to folks that when we organize and we make clear demands that are rooted in justice and fairness, that things can work out, particularly in the short term,” he said. “In the long term, we’re gonna have to make sure that they don’t incorporate these data caps in August, or anytime moving forward, and so we’re exploring legislation to make this permanent and to ban any data caps in the Commonwealth.”

Vargas added that it doesn’t really cost internet providers more money to offer customers more data, so he doesn’t see a reason for the caps to begin with.

Comcast did not offer comment about the legislation filed, but a spokesperson for the company said customers in all northeast states would soon be notified of the timeline change.

When the new plan moves forward, Xfinity customers whose total monthly uploads and downloads exceed 1.2 terabytes will be charged an additional $10 per month for every extra 50 gigabytes of data, amounting to possible fees up to $100. As another option, customers who rent an Internet gateway or modem from Comcast at $14 per month could upgrade to unlimited data for an additional $11 per month.

“1.2 terabytes (TB) is a massive amount of data that enables consumers to video conference for 3,500 hours, watch 1,200 hours of distance learning videos, stream 500 hours of high-definition video content a month, or play more than 34,000 hours of online games,” the company said in a statement. “Our data plan is structured in a way that the very small percentage of our customers who use more than 1.2 terabytes of monthly data and generate the greatest demand for network development and capacity pay more for their increased usage. For those superusers, we have unlimited data options available.”

Yet Vargas said it’s not that simple.

“Some people will say, ‘well maybe you should manage your data use and use less data,’ but think about the parents that have three kids and they’re all on zoom and remote learning,” he said. “Are they going to tell their kids ‘turn your video off during class because we don’t have enough data?’ That’s just ridiculous. Imagine them saying ‘don’t turn the water on to shower today because we don’t have enough water.’ The internet is just as essential.”

“People are hurting right now. You think about the families that are either undergoing health circumstances, remote learning circumstances, food insecurity — what people forget is that Massachusetts is one of the most expensive places to live in the United States,” Vargas said. “When you add an additional cost on a monthly basis, that could be the cost that pushes a lot of families out.”

And he added that many folks have expressed concern for balancing these incoming new fees on top of other bills. At least for now, Vargas said, residents have more time before they will have to.

“We look forward to addressing the long term challenges of lack of competition in the internet space and affordability issues that many of the residents in Massachusetts face,” he said, noting that U.S. customers more broadly pay one of the highest prices for internet compared to consumers abroad. “This is an almost uniquely American problem, and I think that Massachusetts can take the lead in addressing access to a service that is not a luxury anymore, but something that’s essential.” 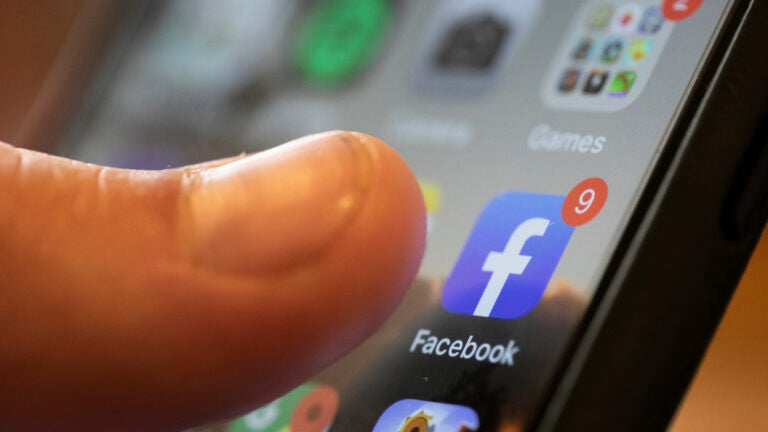