Almost eight months after Boston Dynamics fascinated and frightened the world with a video of robots dancing like humans, the local robotics company has amazed everyone once again.

This time, the team is swapping the dance floor for an obstacle course and showing one robot’s newly mastered skill — parkour.

Parkour is a trend that challenges someone to get from one point to another in a complex but fast way. It often involves difficult jumps, turns, and flips across a variety of surfaces.

But after the video was released — and quickly went viral — the company released behind the scenes footage showing the hours of work it took to create the one minute video.

“The robots crash a lot — it’s not like the robot just magically deciding to do parkour,” said Scott Kuindersma, leader of the Atlas Team, in a behind the scenes video. “It’s kind of a choreographed routine much like a skateboard video or a parkour video, where you know it’s an athlete that’s practiced these moves dozens or hundreds of times.”

The video showed bloopers of Atlas attempting to complete the parkour routine: Atlas can be seen tripping over its own foot, failing a backflip landing, and even spewing smoke while running. Kuindersma said these mistakes are what help the team expand their robot’s abilities.

“We’re exploring how to push it to its limits, sometimes operating at those limits” Kuindersma said. “We learn a lot from that in terms of how to build robots that can survive falling on their face and getting back up and doing it again.”

While Boston Dynamics isn’t signing Atlas up for parkour events any time soon, the company enjoys challenges like these to hone their robot’s skills and learn more about how to push them. In a “60 Minutes” episode, the team said the same thing about the viral “Do You Love Me” dancing project.

“We’re always expanding and pushing the limits of Atlas’s capabilities and then, you know, hopefully by extension extending the capabilities of the company as well at the same time,” Kuindersma said. “Parkour is a useful organizing activity for our team because it highlights several challenges that we believe to be important.” 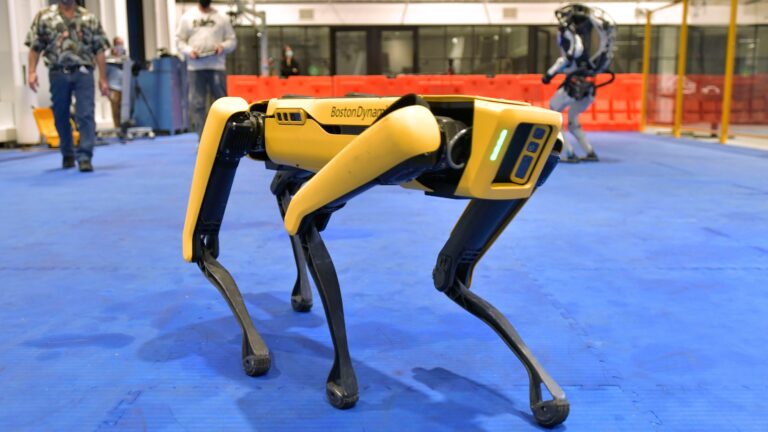 7 things we learned about Boston Dynamics from ‘60 Minutes’