The truth is that smartphones peaked a few years ago.

After so many advances, the miniature computers have reached incredible speeds, their screens have become bigger and brighter, and their cameras produce images that make amateur photographers look like wizards.

The problem with so much great innovation is that upgrades are now so iterative that it has become difficult to know what to write about them each year. That’s especially the case with Apple’s iPhone 13, which may be the most incremental update ever to the iPhone.

The newest iPhone is just 10% faster than last year’s models. (For context, in 2015, the iPhone 6S was more than 70% faster than its predecessor, the iPhone 6.) Its flashiest new feature, a higher screen “refresh rate” on the $1,000-plus models, makes motion look smoother when opening apps and scrolling through text — hardly a game-changer.

Innovations on smartphone cameras also appear to be slowing. Apple executives described the iPhone 13 cameras as “dramatically more powerful” and the iPhone’s “most advanced” ever, largely because they can capture more light and reduce noise. But in my tests, the improvements were marginal.

This is all to say the annual phone upgrade, which companies like Apple and Samsung tout with enormous marketing events and ad campaigns to gin up sales for the holiday shopping season, has become a mirage of tech innovation. In reality, the upgrades are now a celebration of capitalism in the form of ruthless incrementalism.

What better way to illustrate that slow march than with smartphone photos? To put the iPhone 13 cameras to the test, I bought a special tripod to hold two phones side by side so I could snap roughly the same photos of my dogs at the same time. I compared shots taken with the new iPhones, last year’s iPhone 12 and a three-year-old iPhone XS.

When I got the results, I was genuinely surprised by how well the iPhone XS camera stood up against the newest models. And the iPhone 13’s camera was just barely better than the iPhone 12’s.

To compare photos shot in daylight, I took all the phones and my dogs, Max (a corgi) and Mochi (a brown Labrador), to a park in Richmond, California. In one test shot of them sitting next to each other in the shade, the iPhone 13 and 12 photos were hardly distinguishable. The iPhone 13 did a somewhat better job capturing shadows.

In a test comparing the $1,000 iPhone 13 Pro with the iPhone XS, the $1,000 model released in 2018, both photos of the dogs in bright sunlight looked clear and detailed. I will grant you that the iPhone 13 Pro produced images with more vibrant colors.

But in one test on a shaded path in the middle of the woods, the photo taken with the iPhone 13 Pro made Mochi look blown out by the sunlight; the shadows and lighting captured by the three-year-old iPhone looked more natural. Apple disagreed with my assessment.

The improvements in the new iPhone cameras were most visible in lowlight photos taken with night mode, which captures multiple pictures and then fuses them together while making adjustments for colors and contrast. Low-light shots of Max perched on a balcony just after sunset looked clearer when taken with the iPhone 13 Pro than with the iPhone 12.

Low light was an area where the three-year-old iPhone XS could not compete because its camera lacks a night mode. In the same test, Max was cloaked in darkness, except for his handsome white mane.

The iPhone 13 cameras also have a new video feature called cinematic mode, which uses algorithms to automatically focus on faces — even those of my dogs — as they move around. I’d be hard pressed to imagine why a person with no ambitions to become a filmmaker would use this mode, but I can think of a few TikTokers who might like it.

So in summary, the iPhone 13 cameras are slightly better than those of last year’s iPhones. Even compared with iPhones from three years ago, the cameras are much better only if you care about taking nice photos in the dark.

Just how important is night photography? I posed the question to Jim Wilson, a longtime staff photographer for The New York Times, as he was taking pictures of the new iPhones for this review. He said it would be a crucial feature for people like him, but not as important for casual shooters.

“Sometimes I wait until the night to make an ordinary scene look different and exciting,” he said. “But for most people who aren’t professional photographers, this is of no consequence.”

The fact that the smartphone has plateaued is not a bad thing. It means you can enjoy the one you have for years to come without missing out on anything major. And when it feels right to upgrade, you are in for a piece of mature technology that is incrementally — though not dramatically — better. 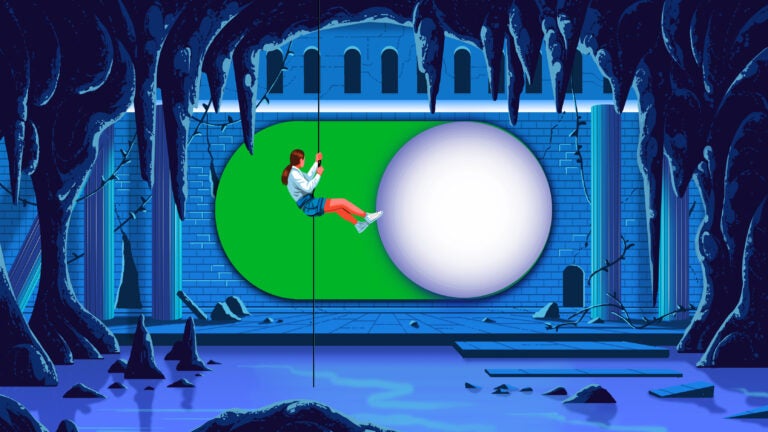 The default tech settings you should turn off right away