On Thursday, history repeated itself on the shores of Plymouth. In 1620, English pilgrims arrived in North America on the Mayflower. Now, 402 years later, another ship with that name found its way to the Massachusetts coastline. The first Mayflower had more than 100 people on board, the modern version had zero.

The Mayflower Autonomous Ship, designed by nautical research company Promare and IBM, completed its voyage from England almost entirely without human assistance. Instead, artificial intelligence captained the ship, which was outfitted with numerous cameras and sensors. The onboard technology was used both to navigate the Atlantic and collect valuable scientific data.

A boat from Sea Tow South Shore of Marshfield hauled the robotic ship the last 20 miles of its voyage in order to comply with U.S. Coast Guard rules for crewless vessels, The Associated Press reported. It was docked in Plymouth Harbor near a replica of the original Mayflower.

The Mayflower Autonomous Ship did not have an easy journey, and suffered numerous setbacks. Built in 2020 to commemorate the 400th anniversary of the pilgrims’ first trip to America, the new ship wasn’t ready to depart until June 2021. Various technical problems plagued the solar powered ship’s first attempt at crossing the ocean, and it was forced back to its home port of Plymouth, England.

In April of this year, The Mayflower Autonomous Ship took to the seas again, but a problem with its generator forced scientists to redirect the vessel to Portugal’s Azores islands. After the necessary repairs were made, the ship made its way to Halifax, Nova Scotia earlier this month. In these instances, scientists communicated with the onboard AI in order to give the ship new coordinates. The ship’s technology then used real-time data to find its own way to the new destinations.

The ship’s AI Captain could visually scan for hazards on the horizon and decipher meteorological data to predict dangerous storms. It was also able to operate independently if needed, without connectivity or remote control. As soon as the ship regained service, its data was synced with the cloud to update researchers.

While The Mayflower Autonomous Ship project could pave the way for more unmanned ships to survey the world’s oceans, its AI technology could also help lead to breakthroughs in cargo shipping, financial planning, and supply chain management, according to The Boston Globe. 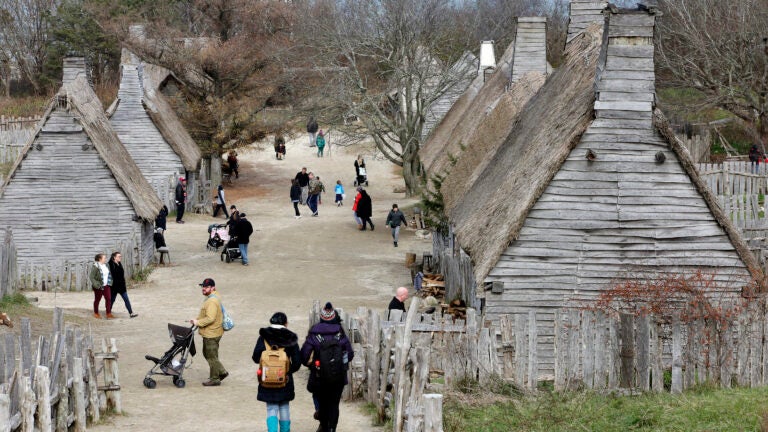