Anyone who’s been in Boston on an election day has seen it.

It’s a tiny, horizontally oblong oval sticker with a minimalist graphic of an American flag and the words “I voted” that is usually spotted on someone’s upper chest.

Boston’s polling place sticker may not be especially exciting or eye-catching, but it gets the job done.

But now that nearby cities like Cambridge and nearby states like Rhode Island have recently decided to spice their stickers up a bit, it looks like Boston Mayor Michelle Wu is considering doing the same.

On Tuesday after coming out of the voting booth, Wu tweeted a picture of herself with the sticker, writing “I voted! (Anyone want to help design a more creative “I Voted” sticker for Boston next year??)”

One local graphic designer replied to the tweet suggesting a design that uses the same colors as boston.gov.

Another said she had previously created a Boston polling place sticker with the city’s skyline and “I voted” in several different languages.

Twitter user Erica Lewy said she thought Wu should enlist the help of Boston Public Schools students to create a new sticker and make it into a contest.

But if not, she said, perhaps Boston should select a more fun design.

Another Twitter user replied with a sticker design that sticks to the basics for content, but is visibly much more exciting than the current design.

A couple of Twitter users suggested licensing the now-famous Ulster County, New York, polling place sticker design that is anything but boring.

The design was created by a 14-year-old and is beloved for its colorful, chaotic drawing that about sums up how most people feel about politics these days.

But not everyone was happy with the idea of changing the sticker.

One twitter user replied to Wu’s tweet saying, “What’s wrong with the current design? NOTHING! Keep the American flag!!!”

Another user replied that they think the city has more important voting issues to focus on.

“This one is just fine. Let’s focus instead on the barriers to greater voter participation. My guess is that the design of a reward sticker is not one of them,” he wrote.

So how would you change the “I Voted” sticker in Boston? Make a quick sketch or illustration (or, if you’re ambitious, a fully fleshed-out design) and submit the file via the form below. We’ll show them all off in a future post — and who knows, maybe get the attention of the mayor’s office! 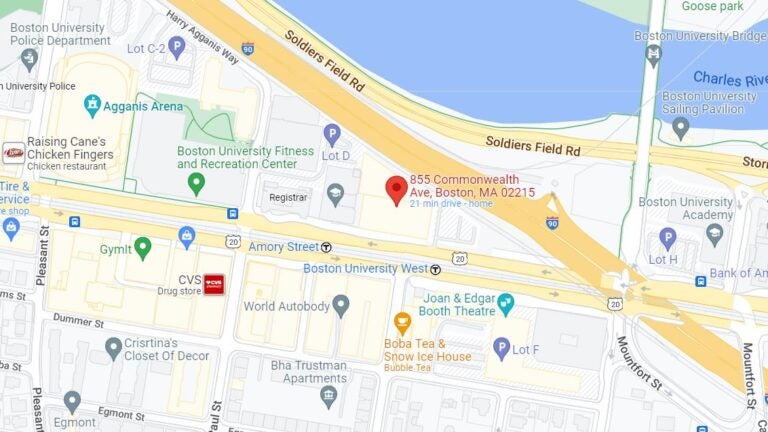