The same group sued Wellesley Public Schools last year for alleged illegal discrimination when Wellesley High School hosted a forum for Asian students and students of color to discuss a mass shooting at an Asian massage parlor in Atlanta. The teacher who organized the session wrote that it was “*not* for students who identify only as White.”

So far, the national group has identified 43 “incidents” in which they say Massachusetts schools inappropriately – or even illegally – taught students about race, sexual orientation or gender, setting school districts across the Commonwealth on edge that they might be sued next.

“I’ve never seen anything like this before in all my years here,” said Wellesley School Superintendent David Lussier, who settled the lawsuit with the organization in February. “They try to go after superintendents and get people fired.”

Parents Defending Education did not return repeated requests for comment, but supporters say the group offers a vital counterweight to an education system steeped in liberal values.

“I think it’s good because, for a long time, education has been very one-sided,” said Jennifer McWilliams, a consultant to Parents Defending Education who runs her own advocacy group in Indiana. “Schools have decided that they need to teach children morals, values, attitude and worldview over academics.”

The two-year-old organization, based in Washington D.C., urges parents across the country to report incidents in which they believe schools are dividing students on racial lines or inappropriately teaching students about sex or gender roles. The group states on its website that education must be based on “scholarship and facts” and says ethnic studies divides “children into oppressor and ‘oppressed’ groups,” while teaching white students “guilt and shame.”

And the organization has a sizable, well-connected staff to promote their agenda. Parents Defending Education’s website lists 13 staff members including Nicole Neily, former president of an organization affiliated with the Koch Brothers called Speech First and Aimee Viana, a former Trump Administration appointee.

Schools have long been battlegrounds in the nation’s culture wars, but experts say Parents Defending Education marks something new: an attempt to nationalize the agenda. The group has been promoting conservative values across the country, enlisting local groups with names like Moms for Liberty and No Left Turn in Education along the way.

“We see increased coordination, national coordination among groups of all political stripes and partisan stripes, thanks to social media,” said Meira Levinson, a professor at Harvard’s Graduate School of Education. “The right more than the left seems to have mastered techniques of developing language that then can be replicated in legislation, or policy across different municipalities and state governments.”

For Massachusetts educators facing criticism from Parents Defending Education, it suddenly feels like the group is everywhere. The group criticized Brookline schools in April after teachers organized a walkout to protest a Florida measure opponents have characterized as the “Don’t Say Gay” bill.

In June, the organization condemned Milton for teaching a lesson about the country’s first openly gay politician Harvey Milk and the importance of the letters LGBTQ.

“Who the hell wants to go into this profession anymore if this is going to be the type of community that we’re serving and the type of pressure that we’re going to experience,” Wellesley Educators Association President Kyle Gekopi said. “It’s really been forcing a lot of people to question their choices.

The group alleged to the United States Department of Education that the school violated the Civil Rights Act of 1964 and the Equal Protection Clause of the 14th Amendment. Both are meant to protect people from discrimination based on race, color or national origin in programs or activities that receive federal financial assistance. That protection extends to white students, they say.

But Newton Public Schools put out a statement stressing that “no one is turned away or excluded from participating” in the play.

Educators far beyond Newton are nervously watching the case unfold. Brian Fitzgerald, president of the Plymouth County Education Association, said Parents Defending Education remind him of activists in past decades who have fought to curtail sex education, making it difficult to teach students about health.

“My fear is that they’re going to impact the ability of a student to learn,” Fitzgerald said.

Parents Defending Education filed a federal suit against Wellesley in October 2021, alleging that student support groups based on common race harmed students by “making them highly conscious of race during their interactions with their teachers and classmates.”

The organization sued on behalf of five anonymous Wellesley parents, alleging Wellesley discriminated when it hosted a conversation for students in 2021 after the Atlanta spa mass shootings, which killed eight people, including six Asian-American women.

An email invitation from a Wellesley teacher said, “This is a safe space for our Asian/Asian-American and Students of Color, *not* for students who identify only as White. If you identify as White, and need help to process recent events, please know I’m here for you as well as your guidance counselors. If you need to know more about why this isn’t for White students, please ask me!”

Superintendent Lussier said the teacher had good intentions but used a poor choice of words and was “overly concrete” with her explanation of the group. He said all races were welcome at the event and noted that non-Asian people attended.

The superintendent said he was never contacted directly by someone in Parents Defending Education’s team, but said he received “obscene” and “awful” emails from people across the country connected to the group.

“They purport themselves to be this grassroots parent organization, but they are anything but — they are a highly funded, highly networked organization aimed at intimidation,” Lussier said.

The group and Wellesley Public Schools settled in February. The organization agreed to drop its suit, while district officials stated they will be clearer that school-sponsored meetings are open to students of all races.

“We’re continuing to do the things we’ve done, but we’re making sure our words, organization, and practice are carefully constructed so that we’re not giving a group like this an inroad to challenge us,” Lussier said.

Parents Defending Education invites people to anonymously submit course material they find concerning. Anyone can file an “incident report” against schools or administrations. The group’s website includes slide decks from teacher trainings, screenshots of assignments, and emails the group claims suggest “activism in the classroom.”

The group focused on a mistake in the presentation to argue that teachers were “making up science to address political causes around LGBTQ rights.” The Needham High slides state, “Intersex people represent just under 2% of the population – a comparable percentage to people born with red hair.”

Gutekanst said the intersex percentage provided was, in fact, inaccurate and used out of context. However, he said he stands by the lesson and is transparent with families about school curriculum.

“I told Parents Defending Education that we’re a work in progress and are always reviewing our lessons to make sure they reflect current science,” Gutekanst said. “I did not hear back from them after I sent that response.”

Out of 30 districts and schools contacted for this story, 25 declined to comment. On Sept. 28, a Newton school committee member said in an email he didn’t want to engage in this topic, considering the district could be one of Parents Defending Education’s potential targets. A week later, the group filed a federal civil rights complaint against Newton North High School.

Noah Labelle, a senior at Algonquin Regional High in Northborough, said he’s frustrated Parents Defending Education acting as though they speak on behalf of students.

“Students need to be heard in these discussions about gender, sexual orientation, and racism,” said Labelle, creator of the Massachusetts Youth Activism Collective which advocates for students in policymaking. “If they can’t recognize that students need to have a say in these sorts of discussions, they’re really selling short the whole purpose of the education system.” 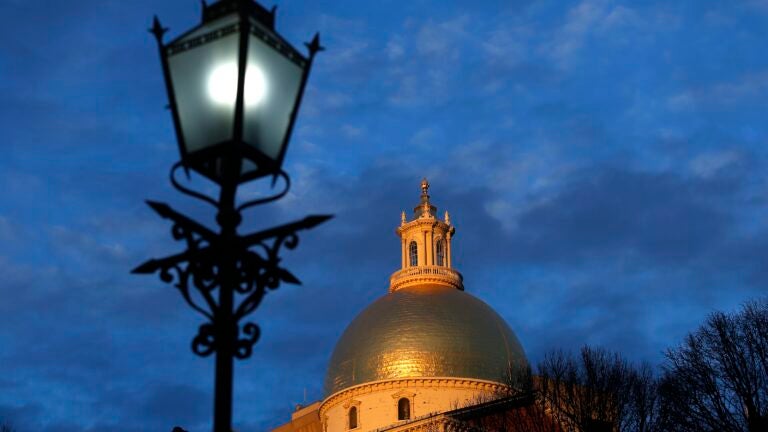