HAVERHILL – The state’s top high school sports official said Thursday that he’s “really disheartened and disappointed” by an alleged hazing incident here that has prompted a police investigation and the cancellation of the high school’s Thanksgiving Day football game against Lowell High School.

School administrators forfeited the game, the last of the season, on Wednesday after a video emerged that allegedly showed members of the Haverhill High School football team hazing a teenage boy, district officials said. Police are investigating and members of the team’s coaching staff have been placed on administrative leave.

“When you’re proactively trying to stop this and feel like you’re making progress, you start to have this illusion that all is well, and then you get hit with this reality,” Baldwin said in an interview Thursday.

Just Wednesday, Baldwin participated in a workshop for schools about the urgency of eradicating hazing, bullying, and discrimination in sports, he said.

“We’re just going to have to work harder,” Baldwin said.

Marotta said school officials first learned of “misconduct” allegations against “some members of the football team” last week, before the video surfaced. The school opened an investigation, she said, and “initial consequences had been imposed.”

But once officials saw the video, “it then became abundantly clear that our investigation did not concern an isolated incident, and unfortunately many players were a part of this misconduct or aware of this misconduct,” she said.

Marotta said the school is cooperating with police and the district attorney’s office in their investigation. She declined to comment following the meeting.

Fiorentini said any student found to be involved in the incident should be barred from participating in any sport at Haverhill High School.

“We have to acknowledge that we may have a greater problem here, the problem of a culture that says violent behavior [and] bullying is acceptable, at least in sports,” he said.

“It’s really disheartening that the whole student body is being punished,” Abigail Brown, a senior and vice president of the student body council, said in an interview before the meeting.

“Not only is our Thanksgiving game taken away — for seniors, one of our biggest new events is the Turkey Toss,” she said in an apparent reference to the playful competition run by the Kiss 108 radio station. “We can’t go anymore. A lot of people are upset about that, including me. It is very upsetting.”

Morgan Flaherty said seniors like herself are taking the decision to cancel the festivities especially hard.

“All the seniors are affected by this. The ones that play are missing their last game ever as a ‘Hillie’” she said, using the school’s nickname. “But everyone looks forward to this game.”

Flaherty said she was disgusted by the video.

“Obviously it was disturbing,” she said. “People should be punished. But not the whole school.”

City Council Vice President John A. Michitson said in an interview that he supported the school’s decision to nix the Thanksgiving game.

“I think the School Department is taking swift action,” Michitson said. “You always hope that these things do not happen in your city.”

“I have a lot of confidence that the school system will handle it very professionally,” he added.

A disturbing number of hazing incidents in high school athletics were reported in Massachusetts last year, with cases of violent bullying, hazing, and racial, homophobic, and antisemitic abuse. In April, Attorney General Maura Healey hosted a gathering of school leaders and policymakers to address the issue.

“Hazing is dangerous misconduct and has no place in Massachusetts,” Healey said Thursday through a spokeswoman. “We will be reaching out to school and law enforcement officials to get more information about this incident and offer assistance.”

Fiorentini said he was in contact with Healey’s office on Thursday. He said the office recommended the school connect with The Center for the Study of Sport in Society at Northeastern University to discuss plans to combat issues surrounding negative culture on sports teams.

Lowell Mayor Sokhary Chau said that canceling the game, while disappointing for players and his city, was the right decision under the circumstances.

“I commend them for making that tough decision,” Chau said. “It affects us in a huge way.”

Chau said Lowell and Haverhill have squared off on Thanksgiving for decades, contests that bring “the whole community together.”

But students must feel safe when they’re participating in school activities, he said.

“We want our young adults to learn to respect one another,” Chau said. The Lowell school district’s athletic director is looking into alternative activities for the team around Thanksgiving, he said.

The video clip of the incident, posted to Boston 25 News, appears to show three teenage boys — one of them wearing a Haverhill football shirt — dragging another teenager across the floor of a locker room. It goes on to show a fourth teen in underwear twerking into the victim’s face, the channel reported.

Asked if Haverhill’s head football coach, Tim O’Connor, should remain in his job, Michitson said, “I think the action that the School Department took is appropriate for now,” until all the facts are gathered.

Neither O’Connor nor athletic director Thomas O’Brien could immediately be reached for comment.

A Haverhill police spokesperson confirmed Thursday that the department is “investigating the hazing allegation involving juveniles and working with the District Attorney’s office.”

School officials said Wednesday the district will not tolerate any form of hazing, harassment, or retaliation.

“Any such misconduct will be responded to swiftly and it will undoubtedly have lasting repercussions for all of those involved,” school officials said.

The incident occurred during the most ambitious campaign in state history by government, school, and human rights leaders to curb hazing, bullying, and discriminatory practices in interscholastic sports.

On Thursday, the MIAA contacted Haverhill administrators to offer its support and sent a newsletter from Baldwin to the association’s 385 member schools that focused largely on the campaign to end misconduct in athletics.

“The message needs to continue getting out so we can move from not counting how many of these kinds of incidents we have in a year to a zero-tolerance level, where there is zero trauma in our athletic programs,” said Dan Lebowitz, executive director of Northeastern University’s Center for the Study of Sport in Society, which will lead a series of regional training sessions for schools and student-athletes statewide from January to June.

Travis Andersen of the Globe staff contributed to this report. 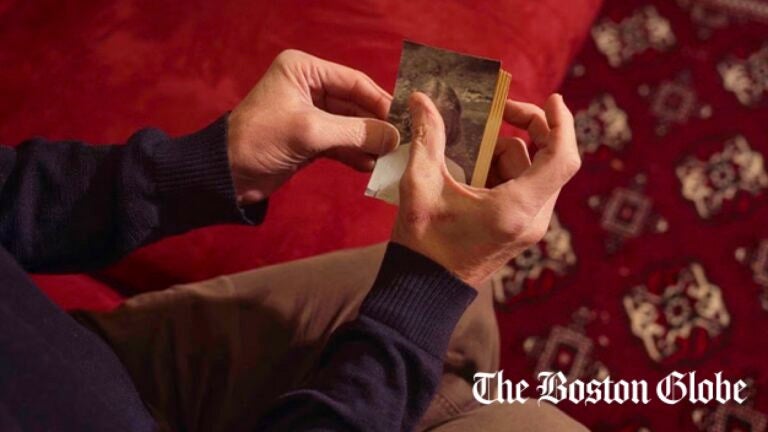