To say Emily Gusse and Tess Kohanski love their dog — a three-year-old golden retriever named Nora — would be an understatement.

But finding a space for their “little princess” to socialize has proved to be a challenge in Boston, a city that pet owners have long complained doesn’t have enough options when it comes to letting their dogs roam free.

Dog parks are sometimes cramped, uninspired patches of dirt or gravel, and require owners to trust their pets with strangers’ rambunctious pups. Off-leash areas in public parks are also an option, but in dense urban areas around Boston can be few and far between.

As for local bars and breweries that sometimes allow pets? They aren’t always great alternatives.

“When we would bring [Nora] to these quote-unquote dog-friendly spaces throughout Boston, we would have to keep her on a very short leash, and she would end up relegated to being under a picnic table on a concrete sidewalk,” said Kohanski, a real estate development consultant and former Everett economic development planner. “It’s just not a comfortable situation for her to be in, and certainly not comfortable for us.”

Inspired by similar businesses across the country, the Wakefield couple hatched a plan: What if they created a place where people could hang out with their four-legged friends while sipping beers and mingling with other pet owners?

That’s the vision behind Park 9, a new indoor-outdoor dog park and full-service bar they plan to open in Everett early next year.

Gusse and Kohanski consider the plan a dog-owner’s answer to cat cafés, trendy spaces where people can interact with felines and sip lattes, all under the same roof. And they believe it’s a concept that’s long overdue.

“We’ve really set out to create a place where dogs and people can socialize and play in an environment that’s safe, inclusive, and designed specifically for that purpose,” said Kohanski.

The project is in its early stages — the couple had just started renovations on a building near Everett’s so-called Fermentation District when word about the project received attention last week from Boston Restaurant Talk, a local blog that tracks happenings in the food industry.

But the plan, which they devised with Kohanski’s brother, Chris, is to take over a former industrial space on Elm Way, just off the Northern Strand Community Trail, and build a fully-staffed, 5,000 square foot indoor dog park complete with pup-friendly rubber flooring and obstacles for pets to climb on.

On the other side of a wall with large windows — optimal dog park viewing — they envision a bar where pets can also lounge. Outside, there will be additional fenced in space for dogs to run around while their owners sip the latest IPAs on tap.

Once it opens, the dog park-meets-pub will be the first of its kind in New England. But the concept has gained steam elsewhere in the country over the last few years.

“We’re living through a revolution in how people think about dogs, from property that was largely kept in the backyard to full-fledged members of the family,” said Leib Dodell, cofounder of Bar Ka, a chain of similar bars geared toward dog lovers in the Midwest. “If you told someone 25 years ago that there would be this bar where people were going to be hanging out and having drinks, and 200 dogs would be roaming around free, they would think you were nuts.”

Bar K’s two-acre facility in Kansas City, Mo., became so popular that they expanded to St. Louis, and plan to open a third location in Oklahoma City sometime next year.

In Everett, Park 9′s owners say there will be several safety measures in place that can’t be found at typical neighborhood green spaces. In order to access the park, dogs will need to be registered, and their owners will have to show proof that their pets are up to date on vaccinations, and either spayed or neutered.

A team of trained “park rangers” will also monitor the play area and be ready to intervene if they spot any potentially problematic behavior. Pet food and toys, which can fuel disputes among dogs, will be off-limits.

They also plan to offer dog daycare on weekdays, and are in the process of obtaining a dog kennel license. Everett officials said the city is reviewing Park 9′s plans, but despite the unusual business model they don’t anticipate any regulatory issues.

Human customers, meanwhile, will be able to dine at the facility, but rather than prepare meals on site, the company plans to have food trucks and collaborate with a local restaurant that can deliver food on demand.

Don’t have a dog of your own? Don’t worry, you can still stop by.

“Anyone who loves dogs is welcome,” said Gusse. “The dog community is a really strong one, and a lot of people find relationships by meeting other dog owners. So I think it’ll be great for dog owners or dog lovers alike.” 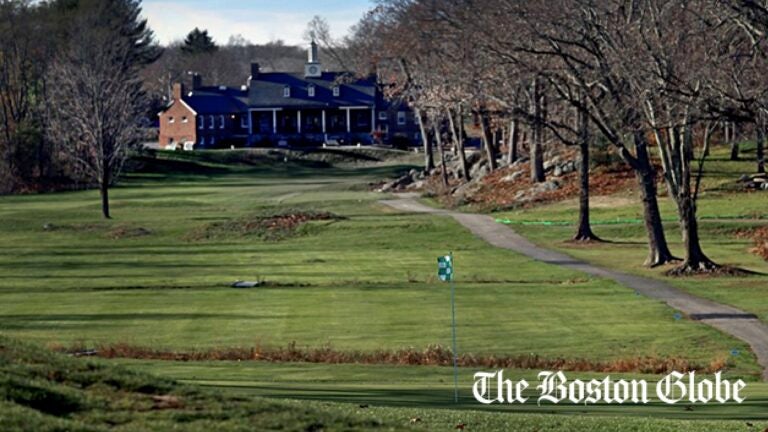