Dr. Thomas Perls has for decades studied so-called super agers, people who live deep into their 90s and beyond, essentially unburdened by the typical diseases of old age. He is convinced that the secret to this remarkable longevity is buried in people’s genes and passed down through generations.

But which genes harbor this power? And if researchers pinpoint the right genes amid thousands in a person’s body, could that knowledge be harnessed to develop drugs that mimic those genes and allow more people to enjoy longer, healthier lives?

That’s the premise behind an ambitious new trial, the SuperAgers Family Study, (superagersstudy.org) that aims to enroll 10,000 people who are 95 years old or older and their children.

“People think everyone would have Alzheimer’s and other diseases at this age, and it’s not true” said Perls, professor of medicine at Boston University Chobanian & Avedisian School of Medicine, and a co-investigator of the SuperAgers Family study.

“They have a history of aging very slowly and they greatly delay disability with the diseases they have,” Perls said.

The researchers will compare traits in super agers and their children to traits in older adults whose parents were not super agers. Researchers aim to identify inherited and natural factors that protect against human aging and related diseases.

Participants are asked for general health information and a saliva sample using a tube that is mailed to them and returned in a postage-paid envelope to Albert Einstein College of Medicine. The researchers say privacy of samples (which will be used to extract participants’ DNA) and information will be maintained by using a unique barcode rather than participants’ names.

“The goal is to amass the largest data bank of super agers so we can begin to untangle the contribution of genetics to exceptional longevity,” said Dr. Sofiya Milman, director of the Human Longevity Studies Institute for Aging Research at Albert Einstein College of Medicine, and principal investigator of the study. A large data bank is needed, Milman said, because researchers believe longevity is linked to rare genetic variants, found in less than five percent of the population.

The data will be shared with other scientists researching healthy aging.

Among those already in Perls’ BU data bank from a separate, ongoing study of people who live to 100, is Francis St. Germain Sr. of Medford.

Hitting 100 is unusual, but the odds of living much longer is downright rare, Perls said.

“People who live to 100 are now one per five thousand in the population,” he said.

Many people who exercise regularly, eat healthy diets, and refrain from smoking will make it to 90, Perls said. Beyond that is when researchers believe genetics play a larger role.

St. Germain counts good genes and good living for his longevity; he starts every day with steel-cut oatmeal he cooks at night, along with fruit and orange juice, and a daily one-mile walk.

Yet research suggests those with super longevity genes who do not maintain such a healthy lifestyle may still enjoy protection against cardiovascular disease and some other ailments.

“If the children of super agers were smokers, had diabetes, and were at risk for cardiovascular disease, being a child of a super ager was protective,” said Milman, who has studied the phenomenon.

The race to unlock the mysteries of longevity runs wide and has some deep pockets. It includes Amazon founder Jeff Bezos, who reportedly invested billions of dollars last year to launch Altos Labs in California with a goal of developing life extension therapies that can “restore cell health and resilience to reverse disease, injury, and…disabilities.”

Longevity researcher Nicholas Schork said there are two main paths that scientists are following in their mission to discover therapies that will slow aging. One is the path followed by Perls and Milman in their SuperAgers study, trying to decipher the genes responsible for longevity so that therapies can be developed using the knowledge gleaned from how those genes work.

The other camp has turned to “repurposing.” This group of researchers studies drugs already on the market that have shown signs of staving off ailments for which they have not yet been approved. One such study is the TAME Trial, which uses metformin, a drug used to treat type 2 diabetes, that will test whether those taking metformin experience delayed development or progression of age-related chronic diseases, such as heart disease, cancer, and dementia.

Schork noted there are over 500 studies listed in the government’s database of ongoing trials aimed at unlocking the mysteries of aging.

“The belief is, if you could figure out the fundamental mechanism associated with aging, and slow the rate at which people age and accumulate [cellular] damage, these internal clocks that tick away throughout life, you could slow the aging rate down and you could help prevent age-related diseases,” said Schork, deputy director of Quantitative Sciences at the Translational Genomics Research Institute, City of Hope Medical Center.

But St. Germain, the 98-year-old Medford great-great-grandfather, is too busy living life to dwell on his longevity. He is scheduled for heart surgery in December, related to his atrial fibrillation, but doesn’t think that will slow him down. Instead, he is focused on May 2024. That’s when he hits 100.

He has already booked the Elks Lodge in Saugus for the celebration.

“I am making plans,” he said, “to bring the whole family.”

For more information about the SuperAgers Family Study: [email protected] 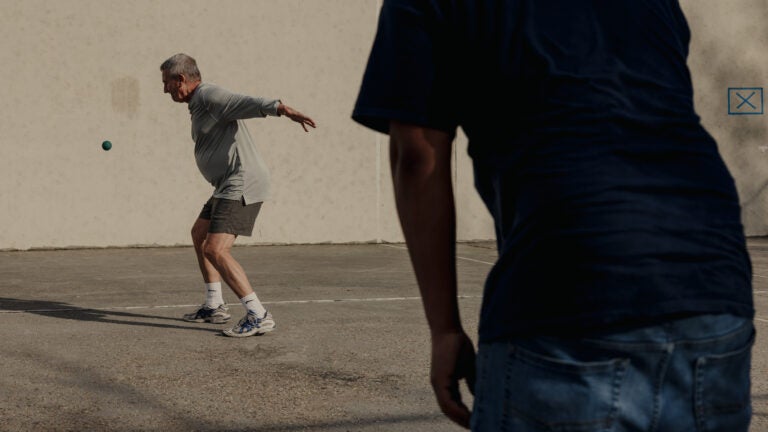