A Hong Kong-based airline has apologized for requiring a passenger to take a pregnancy test before a flight in November to Saipan, a U.S. territory in the Western Pacific that is a popular destination for so-called birth tourism.

The carrier, Hong Kong Express Airways Limited, said in an emailed statement this week that it had stopped administering pregnancy tests after reevaluating the contentious practice.

The apology came a little more than two months after the passenger, Midori Nishida, blogged about her experience on a Nov. 9 flight from Hong Kong International Airport to Saipan, which is in the Northern Mariana Islands.

The commonwealth has become a magnet for expectant Chinese mothers because babies born on the island are eligible for United States citizenship.

“We would like to apologize unreservedly to anyone who has been affected by this,” the airline said in the statement.

Nishida, 25, a Tokyo resident, was raised on Saipan and was visiting her parents when the episode occurred, she wrote in a blog post on the website of The Saipan Tribune newspaper.

“Despite being a frequent flyer to Saipan, none of my previous experience would have prepared me for what happened during my most recent flight: Take a pregnancy test or be denied boarding,” she wrote.

After filling out a mandatory questionnaire from the airline stating that she was not pregnant, Nishida was selected to undergo a “fit-to-fly” medical assessment and was asked to sign a medical release form, her blog post said.

The form read: “The passenger has been observed to have a body size/shape resembling to a pregnant lady,” according to Nishida, who said she showed airline employees her return plane ticket, but to no avail.

“I was then led by a female in plainclothes, who claimed to be the medical practitioner, to a public restroom,” she wrote. “I was handed a pregnancy test and when the result came out negative, she failed to record this on the medical form and instructed me to throw the test into the trash. Satisfied that I had no baby in me, the airline staff finally issued me a boarding pass.”

“In response to concerns raised by authorities in Saipan, we took actions on flights to Saipan from February 2019 to help ensure U.S. immigration laws were not being undermined,” the airline said. “Under our new management, we recognize the significant concerns this practice has caused. We have immediately suspended the practice while we review it. We’d like to apologize for the distress caused.”

The U.S. Department of Homeland Security did not immediately respond to a request for comment Thursday night.

Nishida wrote that she was well aware of Saipan’s reputation as a “hot spot” for birth tourism, but that she was appalled by the way the airline had treated her.

“Coming back to Saipan has always been a happy time for me as I look forward to seeing my family and catching up with friends,” she wrote. “But after this incident, I can only think of how I will be suspected, investigated and humiliated before I can return to a place I consider home.” 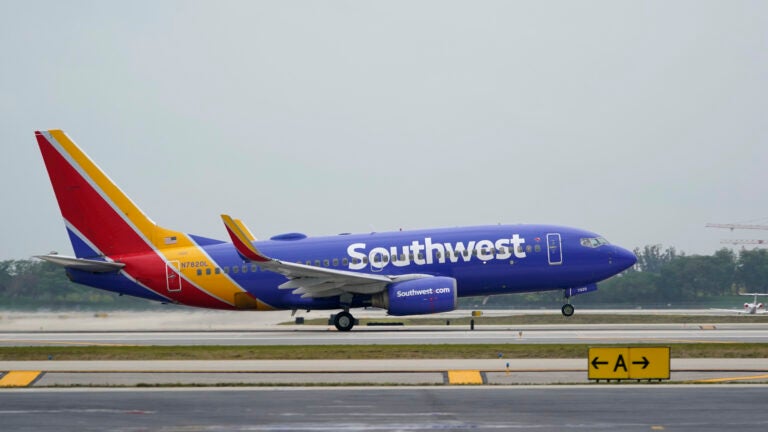