This fall, Mexico’s Yucatán Peninsula made headlines after two shootings in tourist-heavy parts of the region. First came a suspected gang shootout at a restaurant in Tulum in late October, killing two tourists and injuring three others. Two weeks later, two men in Puerto Morelos, near Cancún, were killed in a shootout allegedly between two rival cartels.

As a result, 1,445 troops from the Mexican National Guard will provide security starting Dec. 1 to tourist areas in Quintana Roo, focusing on the municipalities of Benito Juárez, Solidaridad, and Tulum.

The recent violence hasn’t done much to deter travelers from visiting the region.

“We have seen absolutely no impact in our business to Mexico, which is quite unusual,” said Jack Ezon, owner of the luxury travel agency Embark Beyond.

Zachary Rabinor, president and CEO of the travel planning company Journey Mexico, said concerns from customers were very brief following the shootings. A few clients called and considered canceling, but they kept their original plans to visit.

“The vast majority — and by massive majority, we’re talking millions of people visit this region every year — they have a safe and enjoyable experience,” Rabinor said.

Here’s what to know before you go, or if you want to reconsider a trip.

What’s happening in the Cancún area

Targeted violence has permeated tourist areas of the Mexican state of Quintana Roo, from the shootings in Tulum and Puerto Morelos, to less-reported incidents, such as the shooting in front of tourists in Playa del Carmen and the murder of a taxi driver on Sept. 13 outside of a popular Tulum bar.

Experts say the crimes are not targeting tourists but are the result of cartel drug trafficking disputes. The attorney general of Quintana Roo state, Oscar Montes de Oca Rosales, told the Imagen Radio station that the region’s massive influx of tourism is a catalyst for drug sales.

“Where tourism increases, so does the drug trade,” said Kenneth Bombace, chief executive of Global Threat Solutions, which offers travel protection services. “Where you have a growing population, you’re going to have these problems down there . . . and people are getting caught in the crossfire.”

Between January and September 2021, Tulum experienced 65 murders, an 80.5% increase over the same period in 2020, according to Mexico’s public safety system.

Rafael Barajas Valenzuela, director of the Observatorio Ciudadano de Tulum, a citizen network against crime in the area, blamed the rise in violence on poor policing, which has allowed cartels to operate in plain sight. Cartel members in Cancún also have been disguising themselves as delivery drivers in killings.

“The occasional shooting that takes place at one of these resort areas, typically this is targeted killing within cartels or between cartels,” said Michael O’Rourke, chief executive of Advanced Operational Concepts, a global security consultancy for travel risk assessment and management. “But, of course, when the bullets are flying, they don’t care who they hit.”

Eduardo Galaviz Ibarra, president of the Legislative Observatory of Quintana Roo, told the Yucatán Times that crime is also aggravated by tourists buying and using drugs.

What the U.S. and experts say about visiting Mexico

A State Department official told The Washington Post that as travelers make their plans, they should read the full advisory for Mexico, which has state-level summaries and advisory levels for information on specific destinations. The state of Quintana Roo, where Tulum, Cancún, and Puerto Morelos are located, has an “Exercise Increased Caution” advisory because of crime.

At this time, the Centers for Disease Control and Prevention has a countrywide “Level 3: Reconsider Travel” health advisory for Mexico because of coronavirus concerns.

When events like the recent shootings take place, U.S. embassies and consulates abroad issue alerts to notify citizens of local concerns as they occur. On Nov. 4, the U.S. Embassy in Mexico put out an alert with actions to take and links to assistance for anyone concerned about the incident.

Should you reconsider a trip?

“There’s violence like this all over the world, including the U.S.,” Journey Mexico’s Rabinor said. “And if you really put a magnifying glass on some of the inner cities in the U.S., you could report on stories like this every day.”

In 2020, the United States had its biggest single one-year increase in homicides since the country started keeping such records in the 20th century, according to crime data and criminologists. The FBI reported that killings nationwide jumped nearly 30% in 2020. In Mexico, homicides declined slightly by 0.4% in 2020 compared to 2019, although the rate is still high for the country.

Bombace said he wouldn’t necessarily tell people to cancel their plans to Mexico, but he wouldn’t ignore their concerns either.

“Are there parts of the world I’d say don’t travel to right now? Of course, but I wouldn’t say Mexico is one of them,” he said. “Do your research, know what the threats are, and avoid them — that’s pretty much the way to handle your travel to these places.”

Rabinor, an American who has lived in Puerto Vallarta (located on the Pacific coast) since 2006, said he recognizes the potential for danger exists for travelers in Mexico, just as it does in other tourist destinations, “but I don’t think that these two particular events represent any real shift or heighten that risk in the region.”

To Jan Louise Jones, a professor of hospitality and tourism at the University of New Haven Pompea College of Business, the recent shootings in Mexico are unfortunate as the country is “desperately trying to revive their travel and tourism industries and re-instill traveler confidence,” she wrote in an email.

“It is a reminder that travelers should be diligent and mindful of safety precautions no matter where they are traveling (internationally and domestically),” Jones said. Being aware of local advisories and locking away valuables are some ways to be cautious.

As cartels fight over territory in the tourist region, Bombace and Rabinor remind travelers that purchasing and using drugs is illegal, even if substances are seemingly more available.

“Any time you’re going to get yourself involved in illegal [activities] . . . in a foreign country, you have to remember that you’re dealing with a criminal element when you do,” Bombace said. “You’re making yourself vulnerable than you would if you are to avoid those activities.”

What to do if you want to cancel

Ezon said travelers who would like to cancel or change plans are in a better spot because hotels and resorts aren’t experiencing mass cancellations from the crime issues.

“The hotels are much more open to cancel policies if there are a few isolated cancellations,” he said. “But once you have mass cancellation from mass panic, that’s when they really try to hunker down on a stronger, more stringent policy because they can’t afford to lose that much.”

While you may be stuck at the mercy of the cancellation policy of your hotel or resort, you can try negotiating a refund or a credit for a future stay.

In the era of the coronavirus, airlines largely have flexible policies if you need to cancel or change a trip. You probably won’t get your cash back unless you purchased a refundable ticket, or booked the trip with miles (you’d simply get your miles back). You have a 24-hour window to cancel any ticket for a full refund, but after that you can get a credit toward a future flight. For most basic economy flights, you can’t change the ticket 24 hours after you’ve booked (although you can pay to upgrade your ticket to a regular economy seat, then make changes that way). 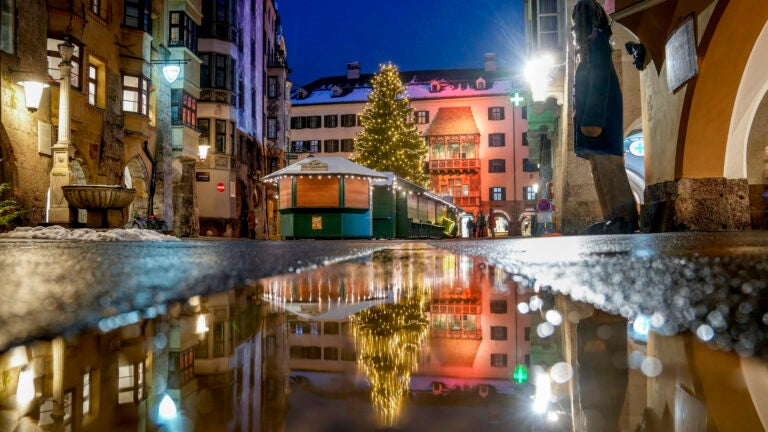