RINCÓN, Puerto Rico — The last time strangers approached Samuel Sánchez Tirado while he was trimming his front lawn, he pretended to be the landscaper so that they would leave him alone. He knew what the uninvited visitors wanted, and he was tired of having the same conversation over and over again.

Sánchez lives in Rincón, a seaside town in northwestern Puerto Rico famous for surfing and sunsets that has become a hot spot for wealthy investors looking for tax breaks. The visitors, like so many before them, were interested in buying his one-story home, which is a two-minute walk from the beach. It is not for sale, but that has not stopped the unsolicited offers from coming.

“They don’t ask you for a price,” he said. “They just hand you a check and tell you to fill it out with whatever you think the house is worth.”

These are boom times for investors flocking to idyllic towns all over Puerto Rico, some of them seeking to take advantage of tax incentives intended to attract new people and outside money to the cash-strapped island, which is working its way out of bankruptcy. The tax breaks’ appeal accelerated after the coronavirus pandemic prompted many companies to shift to remote work, inspiring Americans who live on the mainland to move to more temperate climes.

But the influx of the affluent new settlers, who must acquire residency and buy property in Puerto Rico within two years of moving in order to keep the tax breaks, has pushed up home prices and displaced residents who can no longer afford to live in their hometowns. Hurricane Maria, which heavily damaged thousands of homes in 2017, had already prompted many residents to leave the island.

The real estate boom, which began in San Juan, the capital, has extended across the island, as investors have started to move away from the metropolitan area and into smaller towns like Rincón.

There are new arrivals beyond those seeking tax breaks who are also snapping up properties and driving up rents and home prices. But it is the finance and tech investors who have formally applied for tax-break status who have drawn the most attention.

Many of them are cryptocurrency traders, who now hold weekly happy hours at a seaside bar in Rincón. A new barbecue food truck that opened in August accepts Bitcoin, Ethereum, Cardano, Shiba Inu, Solana and Litecoin for its mainland-style chicken.

The creeping gentrification troubles many Puerto Ricans, who have become increasingly more forceful in questioning how an economy reliant on tax breaks for the wealthy can work for local residents increasingly unable to afford property.

“It feels like Hurricane Maria placed a ‘For Sale’ sign on the island,” said Gloria Cuevas Viera, a Rincón resident who is helping to lead the fight against gentrification.

Many investors buy residential properties and then resell them at higher prices or turn them into short-term vacation rentals, turning entire neighborhoods into Airbnb corridors and creating a shortage of inventory for local residents. Forty-three percent of Puerto Ricans live under the federal poverty level.

Israel Matos, 45, will have to move out of his Rincón home by March because the property owner sold it last year. Matos had an option to buy the house but it expired. The owner, who is from Hermosa Beach, California, decided to sell to someone else.

Matos has lived in the home with his wife and two daughters for two years, and said he cannot find a single listing in Rincón that matches his budget.

“The pressure as a father is incredibly difficult,” said Matos, a sound engineer for a television station. “I never thought I would be in the situation of having a hard time looking for a roof to live under with my daughters. And it’s all because I don’t have $100,000 in the bank.”

Recently, dozens of demonstrators gathered in Old San Juan to protest the tax breaks. They congregated in front of a former children’s museum that Bitcoin billionaire Brock Pierce has turned into a “crypto clubhouse.” Protesters graffitied the building with “Brock Pierce is a colonizer” and “Gringo go home.”

The tax breaks fall under a law known as Act 60, a version of which was initially enacted by the Puerto Rico government under another name in 2012, as the island faced a looming economic collapse. The incentive drew more interest after 2017, when Hurricane Maria decimated the island. In 2019, the tax breaks were repackaged to attract finance, tech and other investors.

People who move to the island can benefit from a reduction of income taxes on long-term capital gains, dividends, interest and revenues from their services. In Silicon Valley, a billboard advertises Puerto Rico as “a tech hub in sync with your vision.”

As of October, Puerto Rico had received 1,349 applications in 2021 — a record — from people looking to become resident investors. Of those, 982 had been approved. In all, more than 4,286 applications have been approved since 2012, with more than 35% of them approved in the past three years.

Under the law, an investor can qualify for the tax breaks if he or she has not been a resident of Puerto Rico for at least 10 years prior. The investor must also buy a home to qualify for relief from taxes on capital gains, dividends, interest and revenues from services. The more than 3 million Puerto Ricans already living on the island do not qualify for those tax breaks.

“This is creating inequality in terms of taxpayer responsibility,” said Heriberto Martínez Otero, the executive director of the Ways and Means Committee in the Puerto Rico House of Representatives.

Renters forced out by soaring housing prices along the coast may move to cheaper neighboring towns but may have to spend more on gas and tolls to commute, said Martínez Otero, who also teaches economics at the University of Puerto Rico.

Owners who sell their homes, of course, have benefited from a rise in property prices, and Gov. Pedro R. Pierluisi has applauded the fact that many investors are buying luxury homes — a collapse in the luxury real estate market was a key motivation for passing the tax law, he said in January.

“What was intended was an influx of people with capital to give life to the real estate market,” he said.

Large numbers of people leaving the island had also been a concern for policymakers. Hammered by both the economic crisis and Hurricane Maria, the island’s population declined 11.8% from 2010 to 2020, according to the census.

“But the fact that there are people buying residential properties that do not meet the reality of consumption patterns in Puerto Rico joins the rest of the problems on the island that hinders affordable housing,” Martínez Otero said.

Sánchez, the Rincón homeowner who pretended to be a landscaper, helps coordinate the town’s federal Section 8 program, which provides affordable housing to low-income families. The program offers families monthly $450 vouchers to pay for housing, but he is struggling to find homes at that price.

“I’m worried that native Puerto Ricans won’t be able to live or invest here and will end up displaced,” he said. “I thought the prices were only going up in the downtown area, but the properties in the more rural sectors in the mountains are getting expensive.”

In Rincón, Ingrid Badillo Carrero, a real estate broker, said home prices have soared in the past four years. In 2017, a two-bedroom condo would list at an average of $290,000. Now, the same unit could be listed at about $420,000.

“I’ve had locals tell me I’m selling our country,” said Badillo, who regularly deals with investor clients seeking the tax breaks. Many are able to pay in cash, which is more attractive to sellers than selling to Puerto Ricans, who may only have the means to pay through a mortgage.

In May, Elizabeth Stevenson moved to Puerto Rico with her husband, Tyler McNatt, from Austin, Texas. They were looking for a way out of going to the office every day and began exploring cryptocurrency investments as a way to generate income. Stevenson, an Act 60 beneficiary, is working as a consultant for a California movie producer now based in Puerto Rico, while also buying and selling cryptocurrency.

“It’s really exciting that there’s so much to learn, and there’s so much money to be made,” said Stevenson, who signed a one-year lease for an apartment about a 15-minute walk from the beach.

She is part of several crypto groups for ex-mainlanders that regularly host events in Rincón. Daniel Torgerson, a crypto investor who moved to Puerto Rico in June, convenes a weekly happy hour at the Aqua Marina Beach Club in Rincón.

In early January, around 20 people met around the bar and pool, speaking under string lights and competing with the sounds of the nocturnal coquí frogs.

“How’s everyone feeling in the market this week?” Torgerson asked the crowd. “Any new projects you’re excited about?”

The new residents are bringing their children along. Myriam Pérez Cruz, the principal at Manuel González Melo K-8 School in Rincón, said the school has had to add more coursework for students learning Spanish as their second language.

Matos, the Rincón resident who must move out of his home by March, recently drove around looking for promising “For Rent” signs. Afterward, he went to the beach, sat cross-legged on the sand, and tried to relax. But soon after parking his car, he felt uneasy.

“There were probably 50 people on that beach, and I only saw what looked like five Puerto Ricans there,” Matos said. “Rincón has changed a lot.” 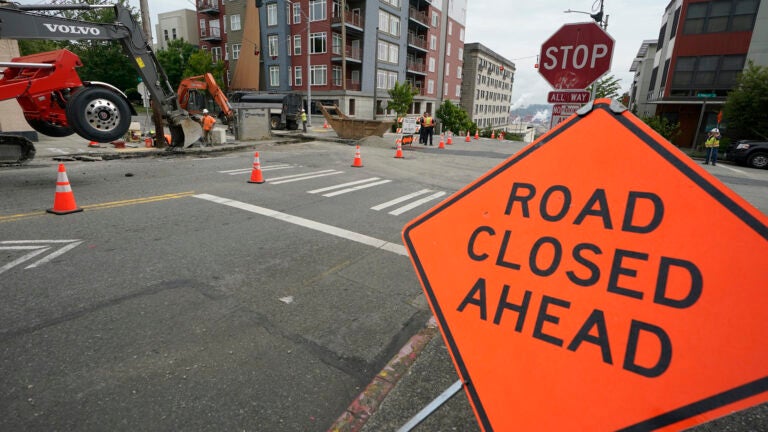