The board of Spirit Airlines rejected a $3.6 billion takeover bid by rival JetBlue Airways on Monday, saying it would continue to pursue a merger with Frontier Airlines.

The board concluded the JetBlue bid was not a better deal and could face difficulties getting approved by the Justice Department’s antitrust division.

“The Board determined that the JetBlue proposal involves an unacceptable level of closing risk that would be assumed by Spirit stockholders,” Mac Gardner, Spirit’s board chairman, said in a statement. “We believe that our pending merger with Frontier will start an exciting new chapter for Spirit.”

The three airlines have been seeking a way to build a carrier that could better compete with the nation’s four biggest airlines, which dominate domestic air travel. Frontier and Spirit announced their $6.6 billion merger plans in February, then JetBlue announced its bid to buy Spirit in early April.

But on Monday, Gardner wrote that even after reviewing an updated proposal from JetBlue, Spirit’s leadership concluded that continuing to pursue the Frontier merger was the best path forward. He wrote that the prospects of rejection by federal authorities – centered on an alliance between JetBlue and American Airlines – made the offer too risky.

“It imposes on our stockholders a degree of risk that no responsible board would accept,” Gardner wrote. “Given this substantial completion risk, we believe JetBlue’s economic offer is illusory, and Spirit’s board has not found it necessary to consider it.”

JetBlue disclosed the revised offer Monday. In announcing the updated bid, JetBlue chief executive Robin Hayes said it would, “deliver meaningful benefits for customers, superior value for shareholders of both airlines, and new opportunities for our combined crewmembers.”

In an email to employees, Frontier management called the decision by Spirit’s board “good news” and said proceeding with the merger was “an exciting development for all of us.”

The flurry of proposals comes as the airline industry continues its recovery from the pandemic. Any merger would be the first since 2016, when Alaska Airlines began an acquisition of Virgin America. The nation’s four largest carriers – United Airlines, American, Delta Air Lines and Southwest Airlines – account for about 80% of the market.

JetBlue was the fifth-busiest carrier before the pandemic, with 43 million passengers in 2019, while Spirit ranked eighth, according to Transportation Department data. Frontier was the ninth-largest airline that year.

Analysts say a merger of any of the two could create an airline with the scale and routes to more effectively compete with the top four. While a merged JetBlue and Spirit would be larger, Spirit and Frontier combining would vault them into the JetBlue’s fifth-place spot – a prospect that might have motivated JetBlue’s bid.

In trying to sweeten its bid, JetBlue offered to pay Spirit $200 million if the deal fell through and said it would be willing to divest assets to allay any issues raised by regulators.

JetBlue has argued it brings consumer benefits to markets it enters, prompting larger airlines to lower fares. Hayes said a merger between Spirit and Frontier would not deliver the same price-cutting benefit.

“JetBlue is simply unmatched in shaking up the market with competition,” he wrote in a note to employees Monday.

But Spirit’s board was unmoved by the fresh proposal, questioning that claim and saying JetBlue’s alliance with American posed too much risk. The Department of Justice, along with attorneys general in six states and the District, have sued to block the American-JetBlue partnership, alleging it will drive down competition and harm consumers with higher prices across the country – even though the deal relates to flights in the Northeast.

While a Spirit-Frontier merger needs to be reviewed by the Justice Department, industry analysts have said it is not likely to prompt significant concern. Spirit said in a memo to employees Monday that the review was underway and proceeding as expected. The airline said the merger could be completed by the second half of the year. 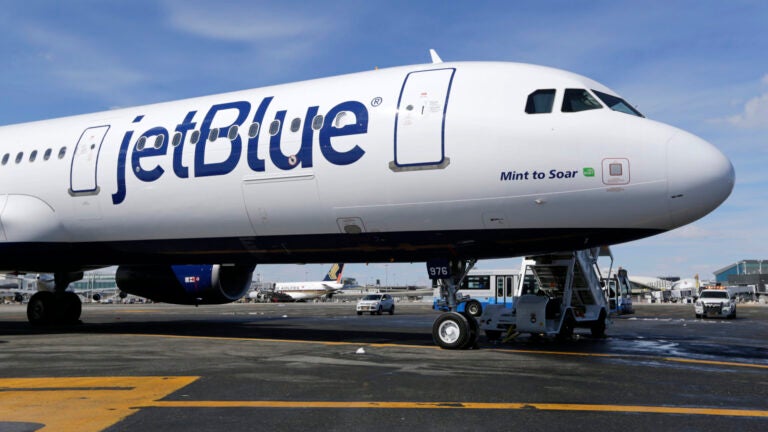 JetBlue president: 'We let our crew members and our customers down in April'