Patrick Pearce set a record during Monday’s “Jeopardy!” episode, but probably not the one he was hoping to set.

On July 26, Pearce, a produce specialist from Fountain Valley, Calif., set a new record for the lowest “Jeopardy!” score. At negative $7,400, his score beat the former lowest score of negative $6,800, set by Stephanie Hull in March 2015. Pearce was competing against Kathleen McHugh and three-day (now four-day) champion Matt Amodio.

July 26 was also the first night that guest host LeVar Burton hosted the show. “Jeopardy!” has invited a string of guest hosts since March 8, and each week contributes a match of all winnings during the guest host’s stint to a charity of their choosing. This week, Burton chose Reading Is Fundamental, the largest children’s literacy nonprofit in the country.

Social media users lamented the terrible score. One Reddit user wrote: “Patrick just manifested my worst nightmare. Finally get on the show, board isn’t to your strengths, get behind early, panic buzz, snowball, big RED. I feel for him.”

Pearce still came out and accepted his third-place winnings of $1,000.

An earlier version of this story incorrectly stated that the previous record was set in January 2020. 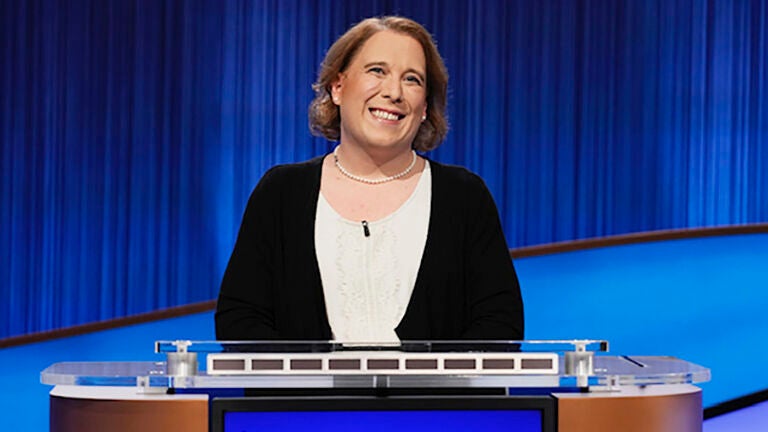 What is ‘over’? Amy Schneider’s ‘Jeopardy!’ run has come to an end