Want to own a piece of Boston’s transit history — grime, scratches, and all?

From October 20-29, old murals that have been present at the the Government Center T stop since the 1970s will be sold off in a public auction on Skinner’s website, according to a report by BostonMagazine. Proceeds from the auction will go toward a new art installation at the renovated station, due to open in spring 2016.

Mary Beams, the artist behind the 19 works of art, declined to accept the panels when the MBTA tried to return them to her last summer.

The murals, painted on plywood, will be sold in their authentic state with prices starting at $300 for one panel and ranging to $1,000 for the triptych.

Beams, who now co-owns a bakery in northern Minnesota, will return to Boston for a preview event on October 21. The panels will be on display in the Transportation Building from October 20-29. 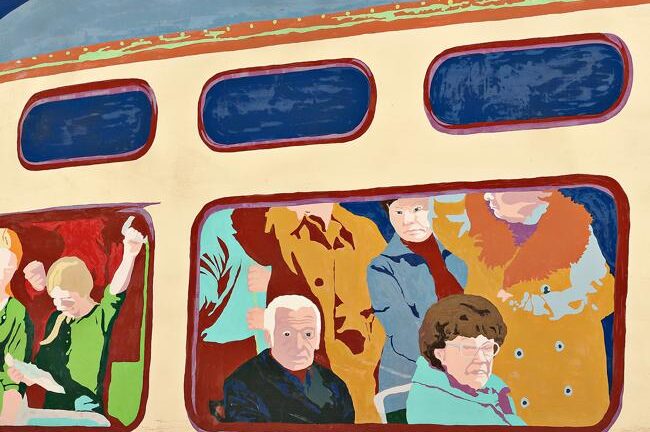