Lying in a hospital bed, his left arm bandaged, Mark McCloud said in a YouTube video that he thought the device he set off outside his home in Northfield, Vermont — injuring four people including himself on December 9 — was a firework.

Washington County State’s Attorney Scott Williams confirmed the man in the video is McCloud, according to the Burlington Free Press.

“Mark McCloud stated he did not intend to harm anyone with the explosive device and viewed it more as a ‘firecracker’ than a ‘pipe bomb’ at the time,’’ an affidavit filed with the court, published by the Free Press, states. “Mark McCloud stated he had intended to set off the fuse of the explosive device and throw it into an open area in the yard expecting the copper pipe to ‘spin’ around.’’

McCloud said in his video, posted on December 13, that he came across the box of “fireworks’’ when he was cleaning out the house of his mother’s friend, who he described as a “hoarder,’’ “glass blower,’’ and “professional pyrotechnics person.’’

McCloud said he handed out the explosives “like candy’’ to people, but saved the largest one for himself.

“I wanted to light it off to show off to a couple of my friends the other night, and I held it in my left hand like I had done with every other firework,’’ he said in the video.

Standing outside, McCloud said the second the lighter touched the fuse, he lost his left hand. His pregnant wife and two others were injured in the explosion.

McCloud emphasized in the video that “nobody’’ manufactured the devices and “nothing was done on purpose.’’ He apologized for the explosion, saying he’d pay for it for the rest of his life.

McCloud is scheduled to appear in court on December 21.

The incident is being investigated by the Bureau of Alcohol, Tobacco, Firearms, and Explosives, Vermont State Police, and the Northfield Police Department. 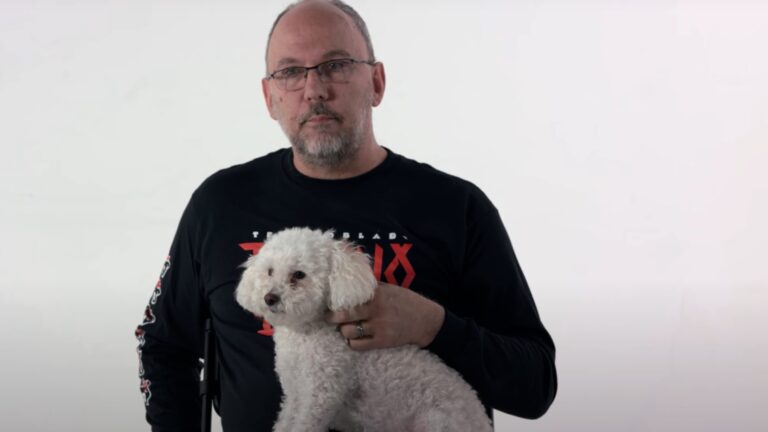