A Maine woman found a tree chock full of freedom, and she has the pictures to prove it.

According to the blog Act Out with Aislinn, Laurie Maegher Bird — yes, that is her real last name — was able to put her interest in wildlife and landscape photography to good use earlier this month. While out running errands in the central Maine area, with her camera incidentally on hand, Bird spotted no less than a dozen bald eagles perched in the bare limbs of a tree. 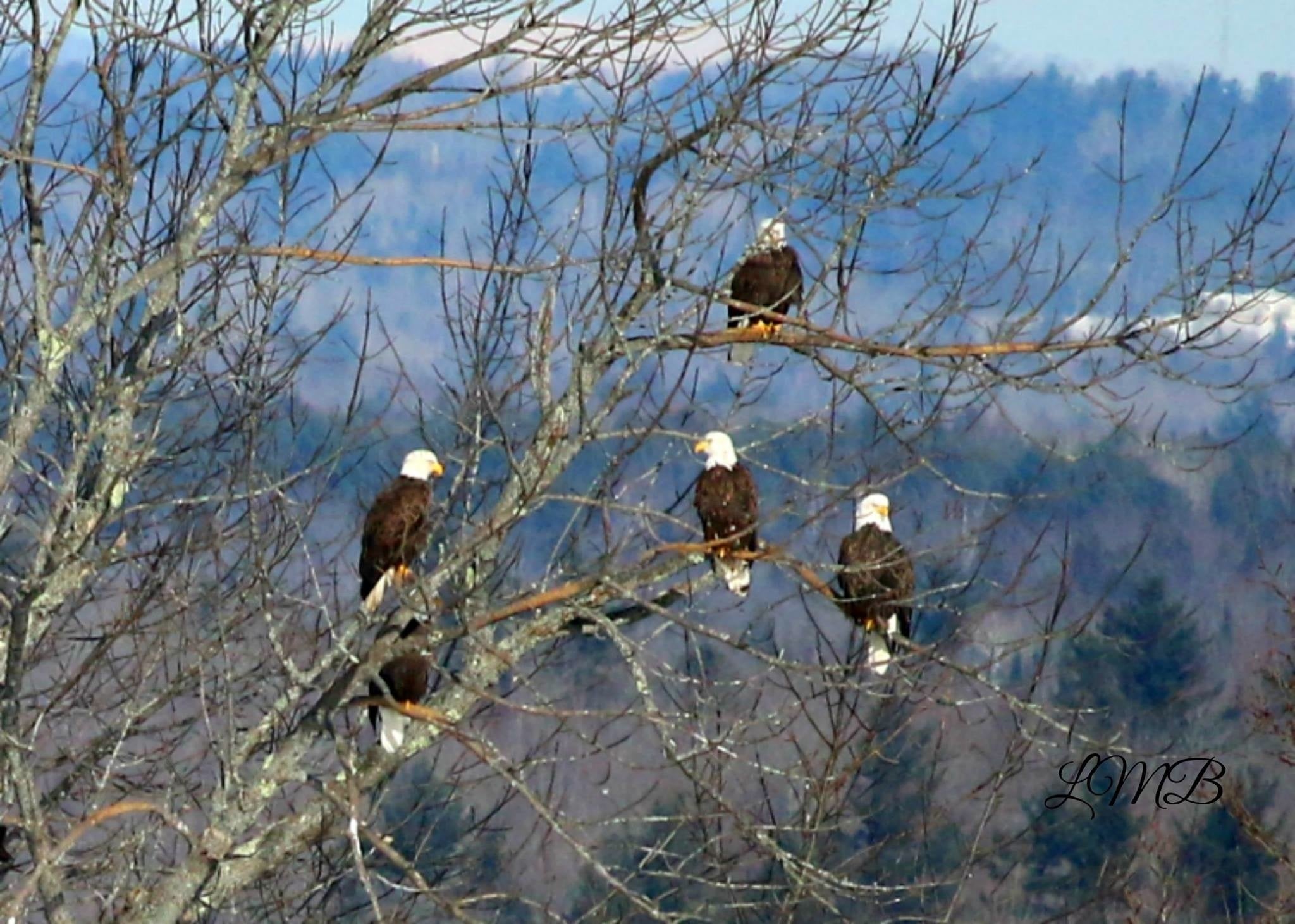 “I’ve spent the better part of two years trying to just catch the two we have in Plymouth at the pond in a tree so I could take photos of them,’’ Bird told Aislinn Sarnacki. “And here they were, too many to count. I mean, how often do you see that many at once?’’ 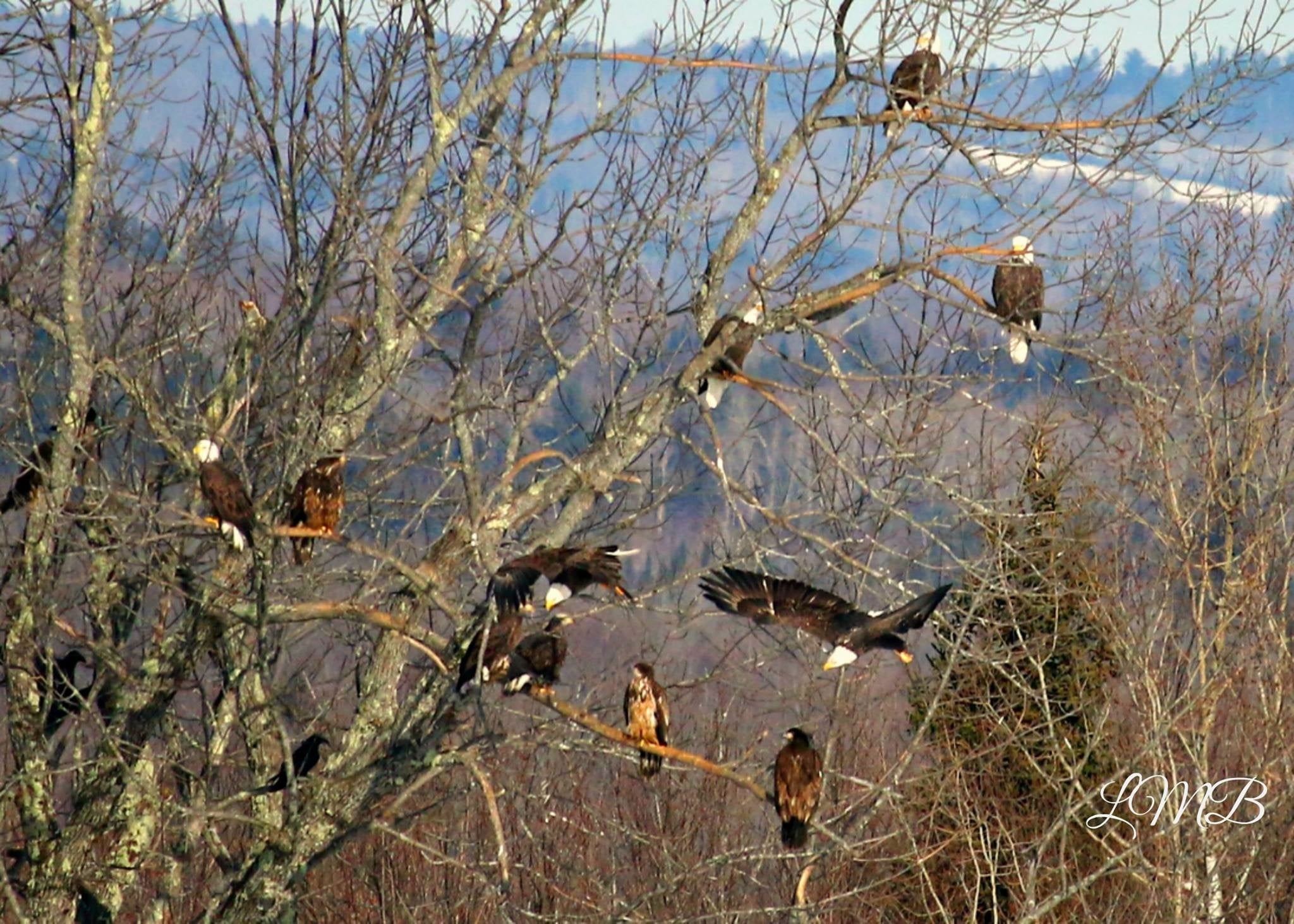 Since the birds were perched on a tree situated on private property, Bird had to keep some distance. But, with a zoom lens in tow, she pulled her car over and was able to snap photos of this flock of America’s national animal. Aware that bald eagles don’t ordinarily congregate together to fly or mate, Bird thinks that there must have been a significant food source around that tree to attract so many birds at once.

Having focused her work on birds in flight this winter, stumbling upon this unusually-high number of bald eagles was extra special for Bird, who has always considered photography a therapeutic experience.

“When you concentrate on taking photos, there’s a lot to take into consideration — lighting, ISO, shutter speeds,’’ Bird told Aislinn Sarnacki. “You literally have a hard time thinking of much else. So it’s a wonderful outlet for me. The feeling you get when you nail a shot that you were after and rush home to get it up on the computer to edit or view it, it’s like Christmas for me.’’

(H/t Act Out with Aislinn)