Suffolk University’s president and board of trustees chairman have an “outline of a proposal’’ that they will present to the school’s board on Friday. A Thursday afternoon statement from the school said the agreement crafted by President Margaret McKenna and Chairman Andrew Meyer is still being finalized.

The pair had been at the center of a growing battle over the school’s leadership that had drawn in public officals, alumni, and several Boston business leaders.

“President McKenna and Chairman Meyer have heard the voices of the members of the Suffolk community, as well as members of the wider community who care so deeply about the future of Suffolk University. McKenna and Meyer have come together in good faith in an effort to resolve the issues in the best interests of the University,’’ Suffolk Vice President of Communications Greg Gatlin wrote in the statement.

McKenna — who has only been in the job for seven months — is the school’s fifth president in as many years. She has been locked in a public struggle with the trustees, who have reportedly considered firing her. The spate became public last week when two unnamed sources told The Boston Globe the board planned on firing McKenna and recruiting former Attorney General Martha Coakley to take her role.

McKenna has been criticized by board members for making “unauthorized expenditures’’ that put the college in debt, and because a faction of trustees criticized her as “abrasive,’’ according to the Globe. In January, an unnamed trustee told the Globe that the board had enough votes to fire her, in spite of her five-year contract.

Colin Loiselle, a senior government major and president of the Student Government Association, said it’s the board and not McKenna that’s the problem.

“Chairman Meyer is the root of instability,’’ he said.

The SGA planned to give a vote of no confidence in the board Thursday afternoon.

Five members of the university’s Alumni for the Integrity of Suffolk University — an ad-hoc group with 1,500 alumni members formed in response to the recentconflict — also met with members of the board Thursday.

The group is calling for the resignation of Meyer and “his executive committee.’’

“If financial stability is at the heart of your interests, surely high turnover at the level of President cannot help you achieve this goal,’’ the group wrote to the trustees. “The latest referendum on current President McKenna is a symptom of an apparent need to control leaders who are typically allowed—at any other institution of higher education—to define their role and grow their own team. The Board’s election to potentially rip this away yet again, after less than a year of President McKenna’s service, indicates that at least the leadership of this body is woefully unaware of the grave consequences of their actions.’’

Jared Cain, a 2008 graduate and chair of the group, expressed concern that the unrest could devalue his diploma.

The group, which Cain said is comprised of alumni who “typically don’t donate,’’ has spearheaded a crowdfunding effort to raise money to buy a full-page ad in the Globe. The group reached its goal on Wednesday and expect to run the ad on Friday.

“This is a school we all care deeply for. We made lasting relationships and all had tremendous experiences here,’’ Cain said in a statement. “Our only interest is retaining the stability and reputation of the university so that current and future students can have the same privileges. We believe the demands we laid out today express the best way to do just that.’’

The spat over McKenna’s employment has involved high profile members of the city, including Mayor Marty Walsh. Earlier on Thursday, local business leaders released a letter urging the board to reconsider McKenna’s termination. 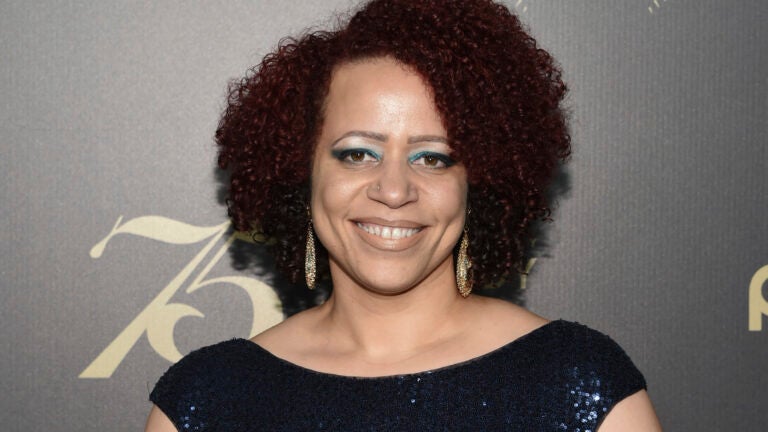