When a New Hampshire man was on his way to see his father after being involved in a hit-and-run crash in Marshfield, he never expected to find himself driving behind the same vehicle that hit him.

Marshfield police received a call at about 2:40 p.m. Thursday for a crash in the westbound lane of Route 139, according to Marshfield Police Chief Phil Tavares.

Upon arrival, responding officers said they saw a GMC pickup truck with damage to its rear end that was allegedly caused by Jeep Cherokee that fled the scene, Tavares said.

“The Jeep we were looking for had extensive damage to it’s front end, with fluid leaking out of front end, as well,’’ he said.

The pickup truck, with father and son passengers, was stopped at a red light when it was struck. The father was taken to South Shore Hospital for minor injuries after the crash, Tavares said.

After about an hour-long investigation, the son was cleared to drive the pickup from the scene. As he exited off Route 3 in Hingham, on his way to the hospital to be with his father, he spotted the Jeep.

The son blocked the lane of passing traffic with his truck and called 911.

He was arraigned at Plymouth District Court late Friday morning, and pleaded not guilty to the charges. Information about Harkin’s attorney wasn’t immediately available. 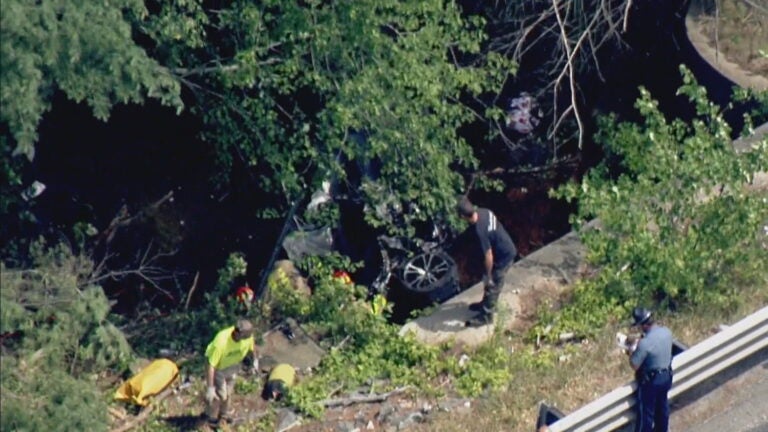