A Chelmsford man faces up to 10 years in prison after being convicted this week in a murder-for-hire scheme that targeted a Massachusetts state trooper.

Andrew Gordon, 53, was convicted by a federal jury on five counts of using the mail or the telephone with the intent that a murder-by-hire be committed, according to a statement by U.S. Attorney Carmen Ortiz.

Gordon was being held in the Middlesex County House of Corrections in 2014, awaiting trial on state charges that he tried to hire a “hit man,’’ who was actually an undercover state trooper, to kill his estranged wife.

When he was arrested, Gordon learned the “hit man’’ was a member of law enforcement. He then contacted a man he believed was “a gang member living in New Hampshire’’ to kill the trooper and another witness against him in the case. Gordon instructed the “gang member’’ through the mail and phone calls the the deaths should appear to be accidents, agreeing to pay $10,000 for the trooper’s death and $5,000 for other witness, authorities said.

The “gang member’’ was second undercover member of law enforcement, according to the U.S. Attorney’s office.

Gordon’s sentencing will take place in May. For each of the federal charges, Gordon faces no greater than 10 years in prison, three years of supervised release, and a fine of $250,000, authorities said. 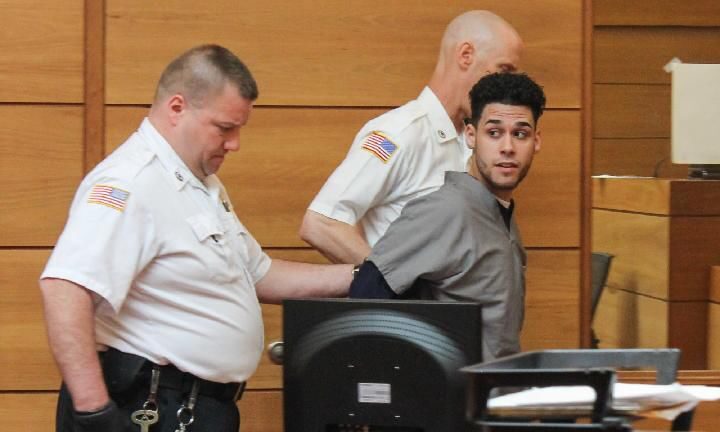