Tens of thousands of people gathered in Franklin Park on June 2 for the vigil and protest Monica Cannon-Grant organized in memory of George Floyd and other Black Americans killed by police. For hours, the protesters peacefully participated in the demonstrations, at one point lying down on the ground on Blue Hill Avenue for eight minutes and 46 seconds — the duration of time bystander video captured a white police officer in Minneapolis kneeling on Floyd’s neck as he pleaded he couldn’t breathe.

In the days following the event, officials praised the event for the powerful message it delivered in demanding change and the way it was organized. And even as Cannon-Grant, who runs Violence In Boston, a nonprofit dedicated to violence prevention in the city, garnered broad recognition and praise for her activism, she has continued to organize.

On Monday, she’s planning another protest and march in Boston. The event, “Till We All Free,” will feature speakers including Emerald Garner, the daughter of Eric Garner, and Angelique Negroni-Kearse, the widow of Andrew Kearse.

“We’re going to uplift and celebrate Juneteenth,” Cannon-Grant told Boston.com. “But I want to highlight that as a people we’re still not free because they’re still killing us. Modern-day lynchings looks like being killed by police officers right now. So we’re going to honor Rayshard Brooks and we’re going to march from the Reggie Lewis Center to the State House and make some demands of Governor [Charlie] Baker around funding for violence prevention programs, and ask him to divert some money away from state police departments into statewide funding for violence prevention.”

Below, the Roxbury resident and community activist shares more of what she thinks needs to be done to address systemic racism and social inequities in Boston.

The interview has been lightly edited for clarity and length.

Boston.com: You’re no stranger to organizing marches and community activism in Boston — you’re a former organizer with Black Lives Matter and you led the “Fight Supremacy” march in 2017. You’re also involved in violence prevention in Boston and in providing meals to people who were food insecure  during the coronavirus pandemic in your community. But how did you feel organizing and participating in the “Not One More” march in early June? How did that compare to previous work you’ve done?

Monica Cannon-Grant: I don’t know — I think now we’re at a time where Black people have been in a war that we haven’t participated in for a while. So the “Not One More” march felt like we’re ready to fight by any means necessary. It felt like we’re exhausted, we’re tired. No one should have to say this much, “Stop killing us.” And I think we’re in a position right now and we’re ready to fight back.

Did it feel different than past events, either because of who was participating or the scale or just in general? Was there anything that felt different about it?

No — mainly because I wake up Black in this country. So fighting is what we do on a regular basis when there are no cameras and there’s not 55,000 people. So in that aspect, no, it did not feel any different. It just feels like exhaustion — like, do I really have to say, “Black Lives Matter” still? To continuously have this conversation is exhausting. To continuously have to say, “Stop killing us,” is exhausting. And I don’t think people truly understand — I’m a Black mom, I have four Black sons and two Black daughters, I wake up Black. So not only am I fighting for my kids, but I’m fighting for a whole community of people.

There’s been a lot of continued attention and support for, not just the work you’re doing, but other protests in the region since the Franklin Park protest. Were you expecting that to continue in the way that it has? And how has your life changed, or not, since then?

I have increased [security] because to be a Black activist could very well mean you lose your life with everything that’s happening in the country.

But I think overall, just across the country, people are tired. We’re not going to continue to accept it. One of the things that I can appreciate that Dick Gregory said some years ago was, the reason why white officers feel comfortable killing Black people is because they know Black people will tolerate it. You don’t see Black officers killing white people at an [exponential] rate — the reason being that they know white folks won’t tolerate it. So when we stop tolerating it, they’ll stop doing it.

I think right now is a pivotal time in history that we’re just not tolerating it. We’re recognizing that we’re in the middle of a civil rights movement and enough is enough. 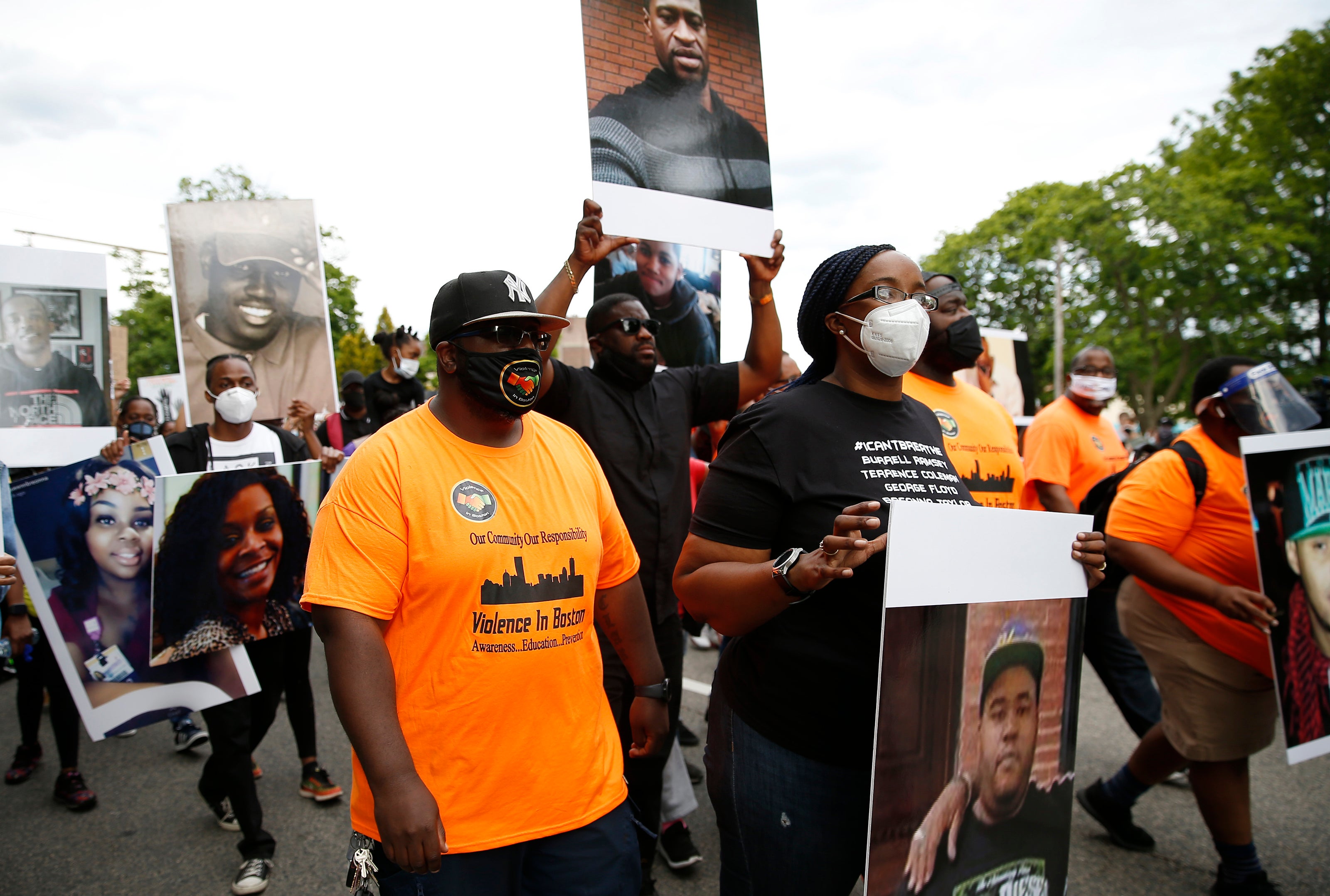 Are you hopeful that real change can happen in addressing systemic racism and police brutality against Black people with this movement?

I’m always hopeful. Because if I’m not hopeful, I would have quit a long time ago. But I am cognizant that civil rights are won in every generation. So there are going to be wins for us, but there’s still going to be things that need to be fought. Whatever wins we have will make it a little less difficult for the generation coming behind us.

For people who can’t go to the protests because of the pandemic, or who for other reasons haven’t been able to participate but maybe want to in some way — what would you suggest they do to be involved?

Support legislation by calling elected officials and send them letters to ensure that we can get bills like the Eric Garner law, the Andrew Kearse Act, and the Stephon Clark Law passed. Donate to Black and brown businesses who did not receive adequate funding during this pandemic. Those to me are two tangible things that can be done in lieu of not being able to physically show up to protest.

What do you think white people need to do in order to truly be a helpful ally?

I think that it’s on white people to address white supremacy within their family structures, in the confines of their home. And it’s on white people to listen to what Black people are saying. When we say, “Black Lives Matter” — we didn’t say more, we didn’t say less. We just said, “matter.” And that’s because Black lives have not always mattered. This whole interpretation thing that they do when we’re protesting is just disgusting. What we say is what it is.

I asked that question because in Cambridge there was some discussion and concerns being raised by a city councilor and the police chief that white members of the community were speaking up to appease their own feelings of guilt about racism, and actually not listening to members of the Black community or allowing them to use their own voices. How would you address that?

Let Black people speak for themselves — we’ve never needed an interpreter. We’ve never needed anybody to speak on our behalf. Their only job is to speak to their peers, their other white counterparts. But when it comes to speaking up about the injustices that Black people are dealing with and feeling, we can very well speak for ourselves. We just need you to help apply pressure on the listening spectrum, so that we can get traction around the things we’re advocating for.

Monica Cannon-Grant, with her youngest child, Clark Jr., in her home.

You touched on this already a little, but I want to ask you more about the role Black women have in this movement and those that have come before. Given Black Lives Matter was founded by women and there seems to be a lot of discussion right now with the demonstrations about how Black women, and Black trans women as well, have been overlooked — in the advocacy they’ve been doing in protesting on these issues, but also in the focus on their deaths when they are killed. How do you feel right now about the level of awareness about Black women as part of these protests and this movement? Does there need to be more discussion specifically about Black women and the issues they face because of systemic racism?

There always needs to be more discussion in regards to Black women. We’re always at the forefront of most movements, leading protests, movements, elections. The Black women vote is the most powerful, yet we’re the last people that elected officials talk to when something needs to change. So the conversation needs to be, “How do we uplift, support, and promote Black women?” Because when Black women lead, it is success for virtually everyone.

Breonna Taylor is not getting the same recognition as George Floyd. And not that there’s a hierarchy to pain, but she was also killed by a police officer in her house sleeping. And so where are all those people who are talking about, hey, you should cooperate with the police? How can you cooperate when you’re in your house sleeping and you’re murdered?

Is there anything else that you see as essential to be continued or brought into the movement as it continues? Either here specifically in Boston or more generally nationally? What do you think needs to happen next?

I think that all these large corporations and businesses need to take their money and put it into Black and brown nonprofits towards doing violence prevention and social justice work on the ground. Because those are the organizations that don’t get the funding. They’re struggling. Black businesses did not get adequate funding during the pandemic, and they need to find those businesses and those people and support them. Myself, I have a nonprofit which I have to fundraise for. And sometimes it’s easy. But most times it’s difficult once they recognize that I’m a Black woman.

They need to help dismantle the barriers to getting funding. Because the people closest to the problem, know how to solve it. But if we don’t have adequate funding to hire people and to get the support that we need, then you’re literally fighting this fight from a place of poverty.

Monica Cannon-Grant picks up food for distribution. She has been partnering with restaurateur Donnell Singleton to help feed people in need during the pandemic.

How do you take some of the declarations that have been made, both in Boston and in Cambridge and in other cities and towns, with city officials or elected officials recognizing that racism is a public health crisis? Are you encouraged by that or skeptical? How do you feel that falls in the process of pushing for change?

Do you feel like your platform has grown in recent weeks? If so, how does that feel and what are you hoping to achieve moving forward with Violence in Boston?

Yes, I have watched my platform explode in the last few weeks. I am grateful and humbled by it. My hope for Violence in Boston is for there to be a Violence in Chicago [group] and a Violence in California and a Violence in New York and to travel and uplift the voices of survivors and advocate for the things that each community across this country needs. To be able to speak to those in positions of power and demand changes happen and actually watch those changes transpire. I’m excited for what is next. 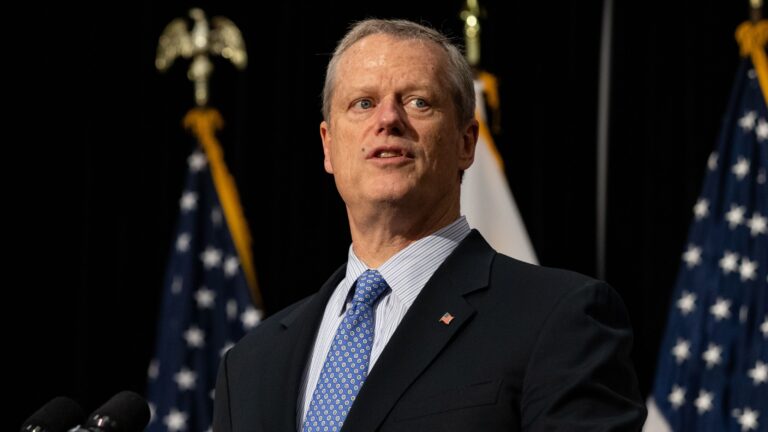