SAN JUAN, Puerto Rico (AP) — Fearsome Hurricane Irma left at least 10 dead and thousands homeless amid a swathe of smashed buildings and uprooted trees, cutting a path of devastation across the northern Caribbean on Thursday on a track that could lead to a catastrophic strike on Florida.

The most potent Atlantic Ocean hurricane ever, Irma weakened only slightly Thursday morning and remained a powerful Category 5 storm with winds of 180 mph (285 kph), according to the U.S. National Hurricane Center.

The storm was increasingly likely to rip into heavily populated South Florida early Sunday, prompting the governor to declare an emergency and officials to impose mandatory evacuation orders for parts of the Miami metro area and the Florida Keys. Forecasters said it could punish the entire Atlantic coast of Florida and rage on into Georgia and South Carolina.

‘‘This could easily be the most costly storm in U.S. history, which is saying a lot considering what just happened two weeks ago,’’ said Brian McNoldy, a hurricane researcher at the University of Miami, alluding to the damage caused by Hurricane Harvey.

French Interior Minister Gerard Collomb told France Info radio that eight had died and 23 injured in the country’s Caribbean island territories, and he said the toll on Saint-Martin and Saint-Barthelemy could be higher because rescue teams have yet to finish their inspection of the islands.

‘‘The reconnaissance will really start at daybreak,’’ Collomb said.

At a news conference, Collomb also said 100,000 food rations have been sent to the islands, the equivalent of four days of supplies.

‘‘It’s a tragedy, we’ll need to rebuild both islands,’’ he said. ‘‘Most of the schools have been destroyed.’’

French President Emmanuel Macron’s office said he will go to the islands has soon as weather conditions permit.

In the United Kingdom, the government said Irma inflicted ‘‘severe and in places critical’’ damage to the British overseas territory of Anguilla. Foreign Office Minister Alan Duncan said the Caribbean island took the full force of the hurricane. He told lawmakers on Thursday that the British Virgin islands have also suffered ‘‘severe damage.’’

Irma blacked out much of Puerto Rico, raking the U.S. territory with heavy wind and rain while staying just out to sea, and it headed early Thursday toward the Dominican Republic and Haiti.

To the east, authorities struggled to get aid to small Caribbean islands devastated by the storm’s record 185 mph (298 kph) winds. Communications were difficult with areas hit by Irma, and information on damage trickled out.

Nearly every building on Barbuda was damaged when the hurricane’s core crossed almost directly over the island early Wednesday and about 60 percent of its roughly 1,400 residents were left homeless, Antigua and Barbuda Prime Minister Gaston Browne told The Associated Press.

‘‘It is just really a horrendous situation,’’ Browne said after returning to Antigua from a plane trip to the neighboring island.

He said roads and telecommunications systems were wrecked and recovery would take months, if not years. A 2-year-old child was killed as a family tried to escape a damaged home during the storm, Browne told the AP.

One death also was reported in the nearby island of Anguilla, where officials reported extensive damage to the airport, hospitals, shelters and school and said 90 percent of roads are impassible, according to the Caribbean Disaster Emergency Management Agency.

The agency also reported ‘‘major damage’’ to houses and commercial buildings in the British Virgin Islands.

On St. Thomas in the nearby U.S. Virgin Islands, Laura Strickling spent 12 hours hunkered down with her husband and 1-year-old daughter in a boarded-up basement apartment with no power as the storm raged outside. They emerged to find the lush island in tatters. Many of their neighbors’ homes were damaged and once-dense vegetation was largely gone.

‘‘There are no leaves. It is crazy. One of the things we loved about St. Thomas is that it was so green. And it’s gone,’’ Strickling said. ‘‘It will take years for this community to get back on its feet.’’

Significant damage was also reported on St. Martin, an island split between French and Dutch control. Photos and video circulating on social media showed major damage to the airport in Philipsburg and the coastal village of Marigot heavily flooded. France sent emergency food and water there and to the French island of St. Bart’s, where Irma ripped off roofs and knocked out electricity.

‘‘There is no power, no gasoline, no running water. Houses are under water, cars are floating through the streets, inhabitants are sitting in the dark, in ruined houses and are cut off from the outside world,’’ he said.

By early Thursday, the center of the storm was about 95 miles (155 kilometers) north of Punta Cana, Dominican Republic, and was moving west-northwest near 17 mph (28 kph).

More than half the island of Puerto Rico was without power, leaving 900,000 in the dark and nearly 50,000 without water, the U.S. territory’s emergency management agency said in the midst of the storm. Fourteen hospitals were using generators after losing power, and trees and light poles were strewn across roads.

Puerto Rico’s public power company warned before the storm hit that some areas could be left without power from four to six months because its staff has been reduced and its infrastructure weakened by the island’s decade-long economic slump.

President Donald Trump approved an emergency declaration for the U.S. Virgin Islands and Puerto Rico, allowing the Federal Emergency Management Agency and other agencies to remove debris and give other services that will largely be paid for by the U.S. government.

The U.S. National Hurricane Center predicted Irma would remain at Category 4 or 5 for the next day or two as passes just to the north of the Dominican Republic and Haiti on Thursday, nears the Turks & Caicos and parts of the Bahamas by Thursday night and skirts Cuba on Friday night into Saturday.

It will then likely head north toward Florida, where people were rushing to board up homes, fill cars with gasoline and find a route to safety.

Gov. Rick Scott, who has mobilized parts of the state’s National Guard, declared a state of emergency and asked the governors of Alabama and Georgia to waive trucking regulations so gasoline tankers can get fuel into Florida quickly to ease shortages.

An estimated 25,000 people or more left the Florida Keys after all visitors were ordered to clear out, causing bumper-to-bumper traffic on the single highway that links the chain of low-lying islands to the mainland.

HURRICANE NEWSLETTER – Get the best of the AP’s all-formats reporting on Irma and Harvey in your inbox: http://apne.ws/ahYQGtb 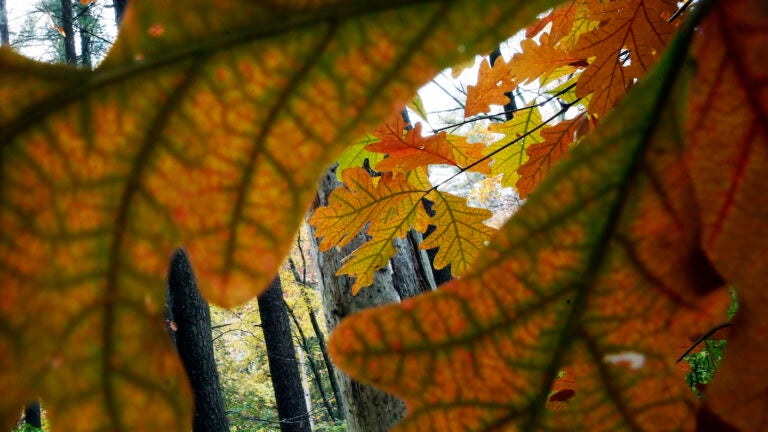 From wild to mild: Boston-area welcomes week of easy weather in wake of Friday tempest