Considering the other types of bombs in the news, New England might consider itself fortunate to be facing a “bomb cyclone” Thursday.

But what exactly is it? And why are forecasters using seemingly unordinary terms like “bombogenesis” and “bomb cyclone” to describe the expected storm?

The terms were popularized by a 1980 paper by MIT professors Frederick Sanders and John R. Gyakum, who studied “explosive cyclogenesis” (the rapid development of a storm) in the Northern Hemisphere in the 1970s.

According to the NOAA, bombogenesis is a “popular term” to describe the process in which a storm rapidly strengthes. Specifically, it refers to when the storm’s pressure system drops more than 24 millibars in 24 hours.

“This can happen when a cold air mass collides with a warm air mass, such as air over warm ocean waters,” says the agency’s website.

According to Sanders and Gyakum’s paper, bombogenesis is predominantly a cold-season event and occurs over water. The National Weather Service says it is “solely a meteorological term” and does not describe the effects of the storm.

Hearing the word “bombogenesis” and confused about it? Here’s an explanation and how it relates to the upcoming East Coast storm. Stay tuned for forecast updates and read our key messages for this storm in our short range discussion: https://t.co/VNkruevXS6 pic.twitter.com/iwfR3CRcNd

That said, the resulting storm from bombogenesis is called a “bomb” or “bomb cyclone.”

Some media critics pose that news outlets have only seized on the sensational terms “to get clicks.” Indeed, this type of storm isn’t rare. According to a 2002 study, the Northern Hemisphere sees 40 bomb cyclones a year. And NOAA says that 14 of the 20 hurricane-force wind events that occured in the North Atlantic during the first two months of 2014 underwent bombogenesis.

Still, according to the Washington Post, bombogenesis is “a sight to behold from a meteorological perspective.”

“When a storm strengthens this quickly, it’s a signal of how much air is being drawn into the storm’s circulation,” wrote the Post‘s Capital Weather Gang blog. “It then spirals inward toward the center, rises and exits through the top. If more air is leaving the storm than is sucked inward, the pressure falls even more and the system will continue to grow.”

Thursday’s storm is forecasted to be quite a bomb. NOAA forecasts that it will easily surpass the minimum requirements of bombogenesis, with a pressure system expected to drop 45 millibars in 24 hours. While the “full fury” will remain out at sea, it is still expected to hit coastal New England with heavy precipitation and powerful wind. According to Boston.com meteorologist David Epstein, the Boston area will likely get 8-12 inches of snow and power outages are likely, with wind gusts of up to 60 mph across the Cape.

So even if the term bomb cyclone is to a certain extent clickbait, the storm it describes is not something to overlook. 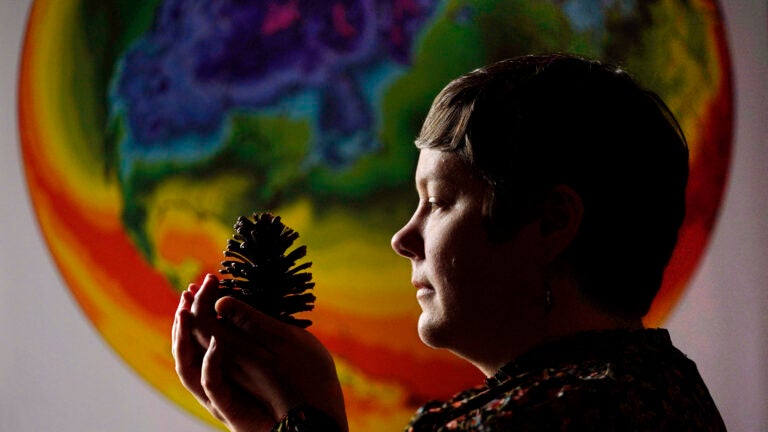