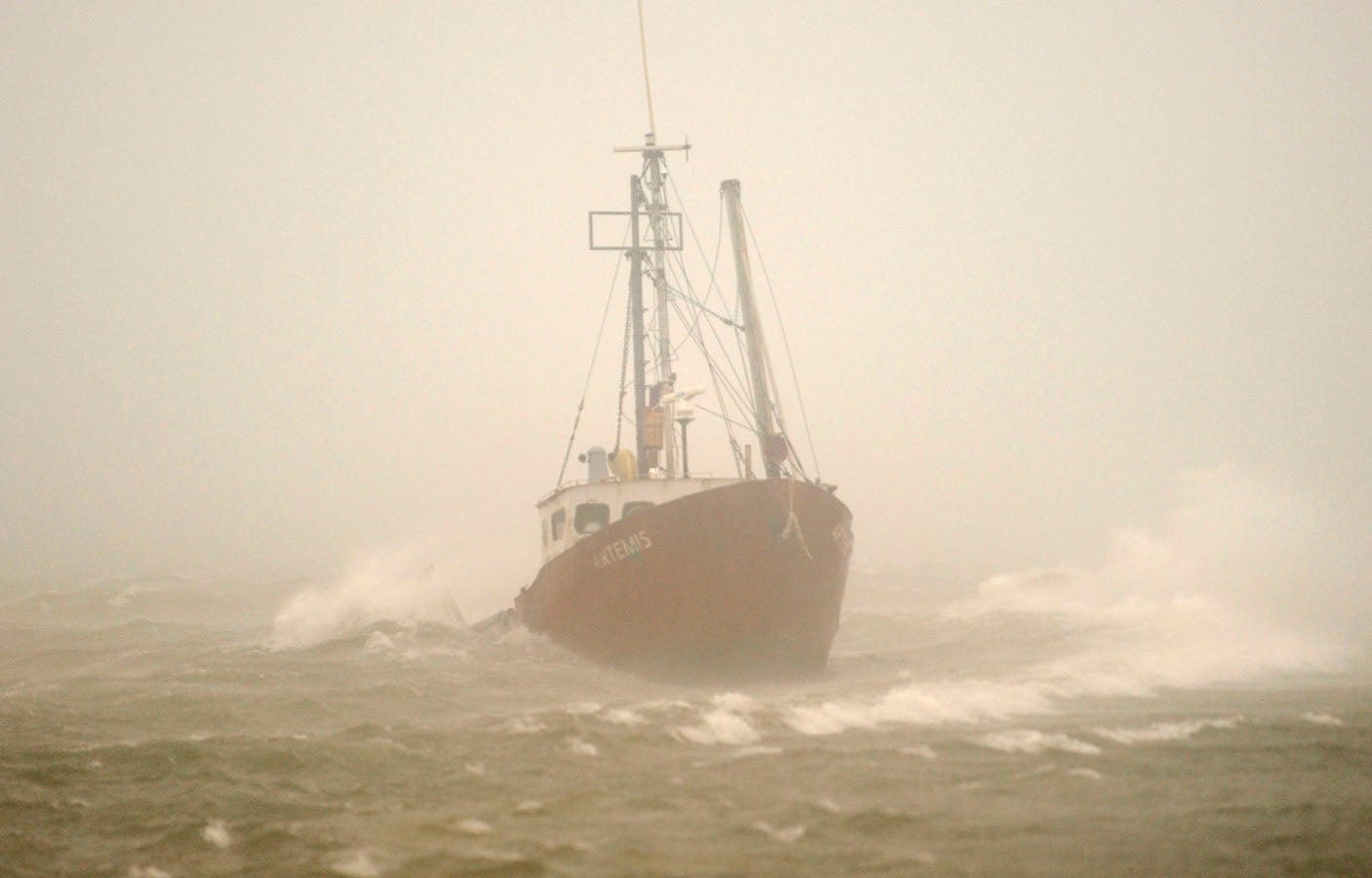 The 42-foot fishing vessel Artemis rests on the breakwater near the Provincetown Inn after breaking from its mooring. 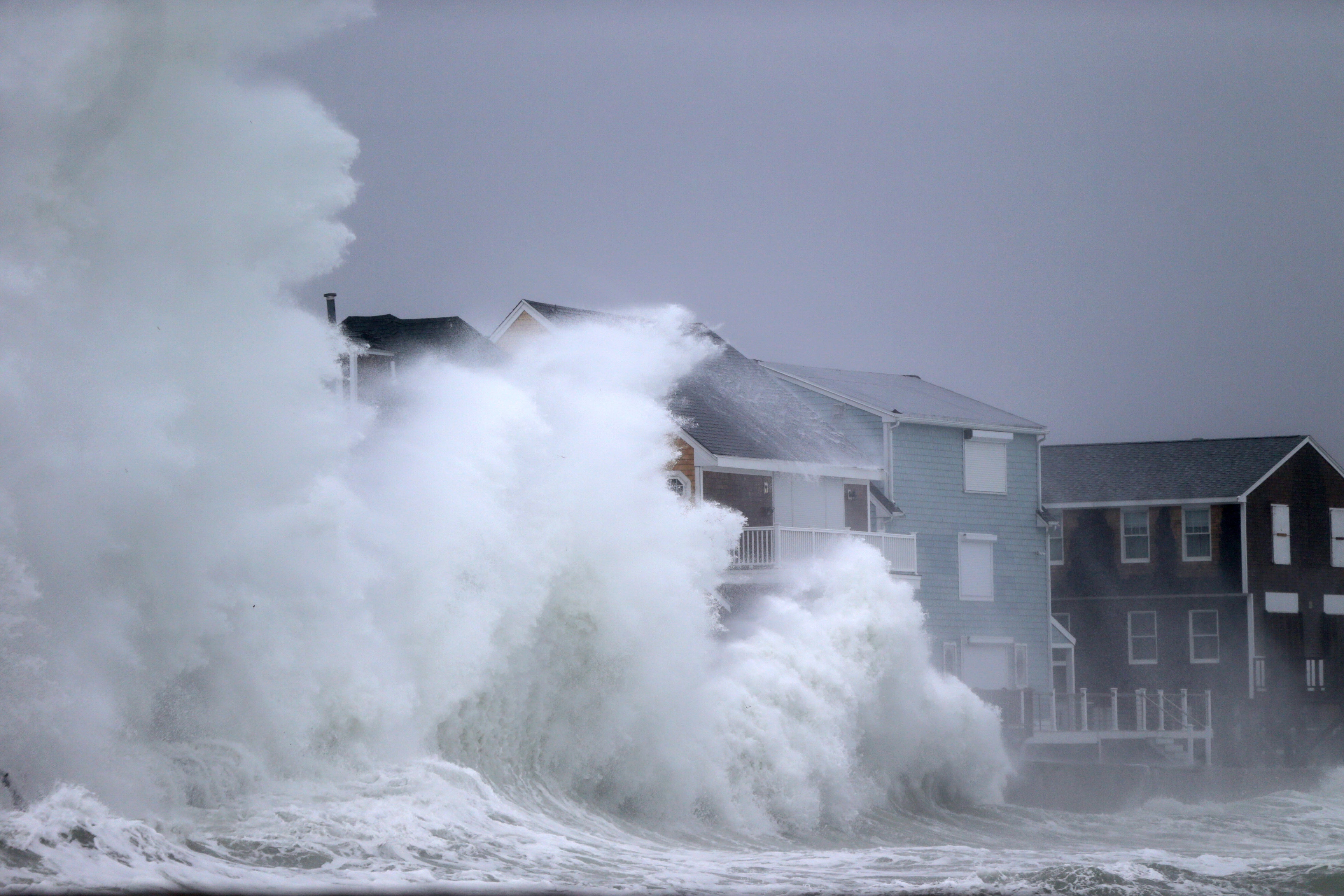 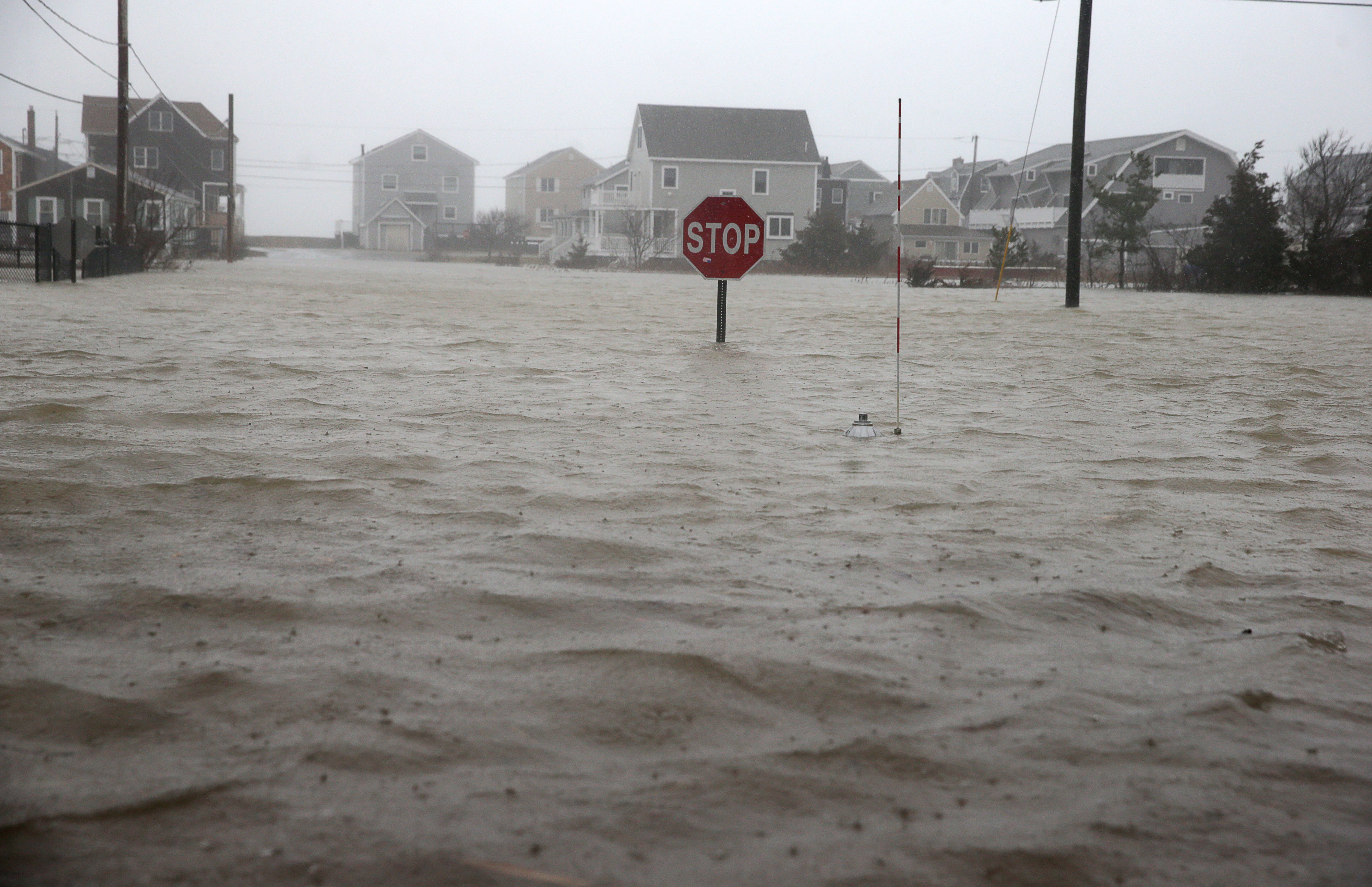 Flooding on Scituate Avenue in Scituate. Waves crash against the boats docked at MacMillan Pier off Provincetown. 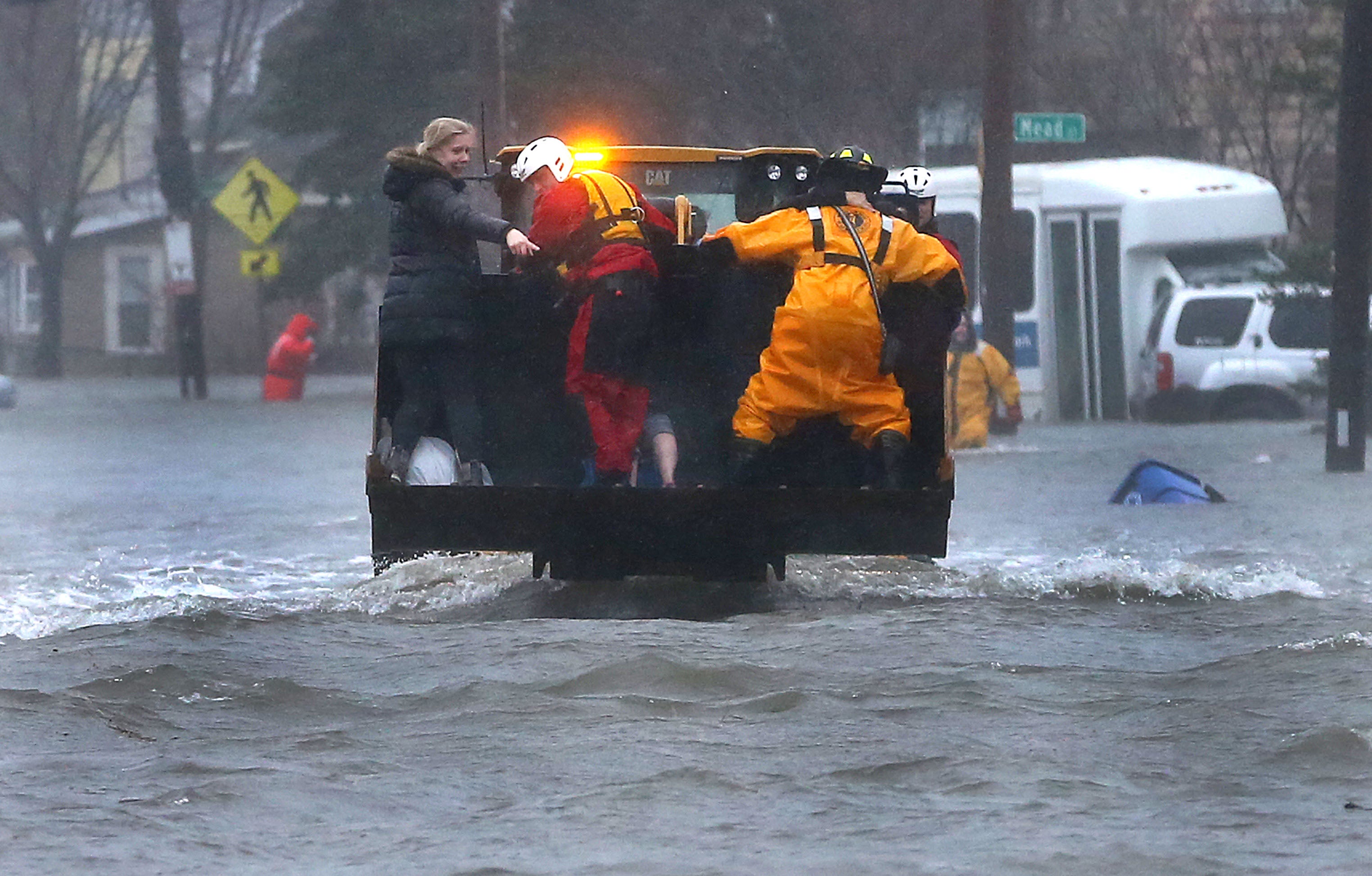 A front-end loader comes down Sea Street in Quincy with residents and rescue workers in the bucket. 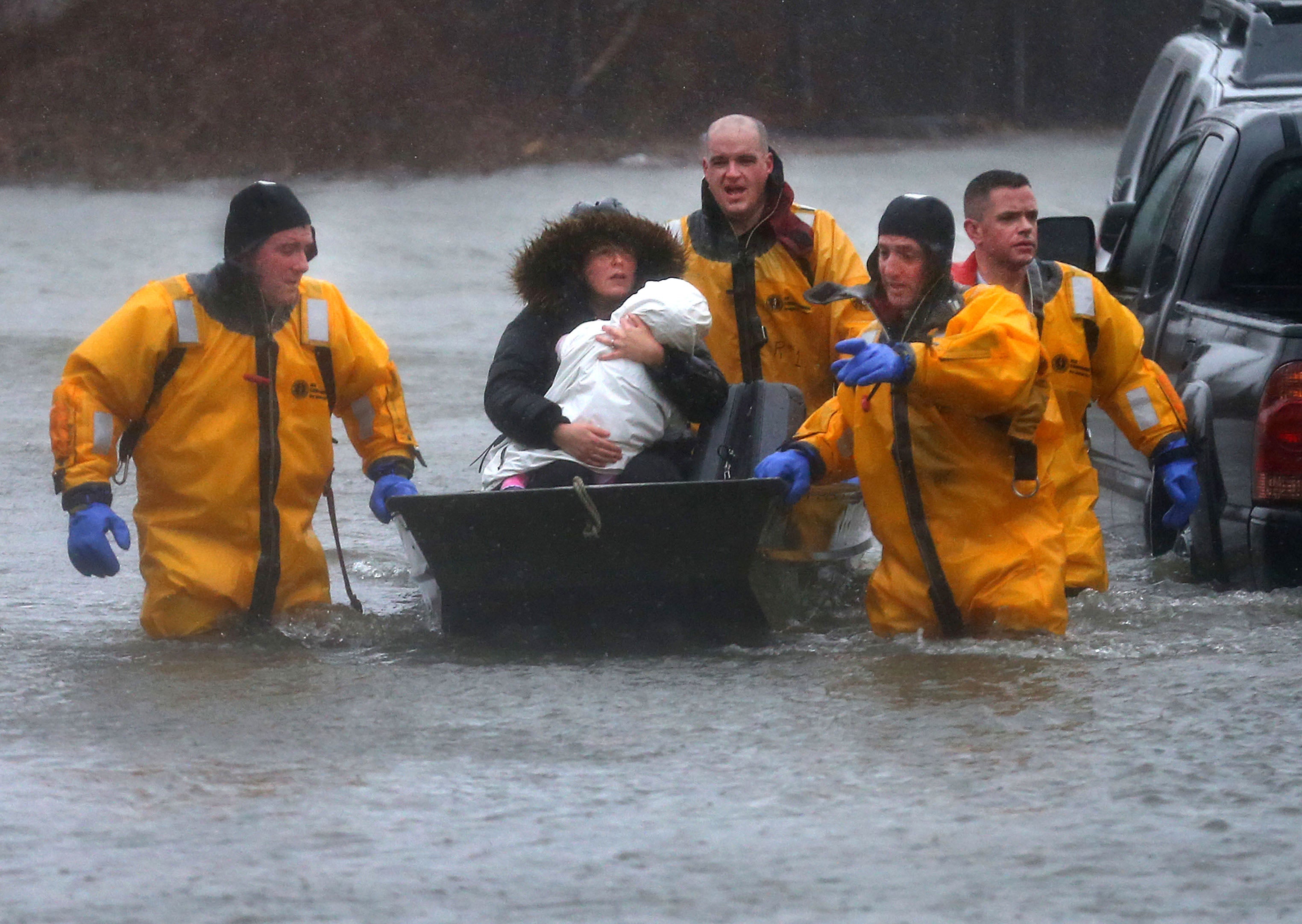 A woman and child are rescued from their Quincy home. 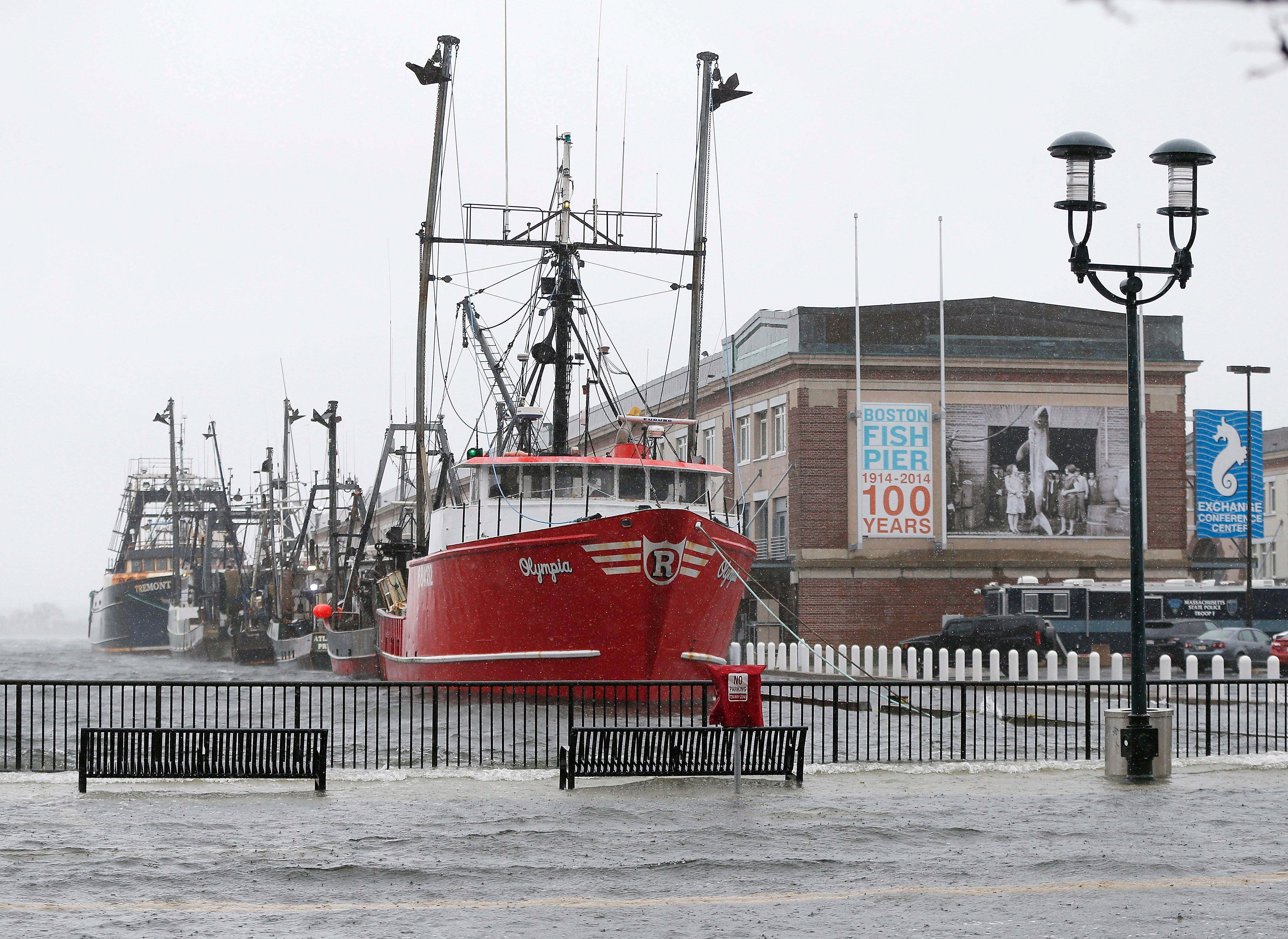 Water floods from Boston Harbor onto Seaport Boulevard at the Boston Fish Pier. 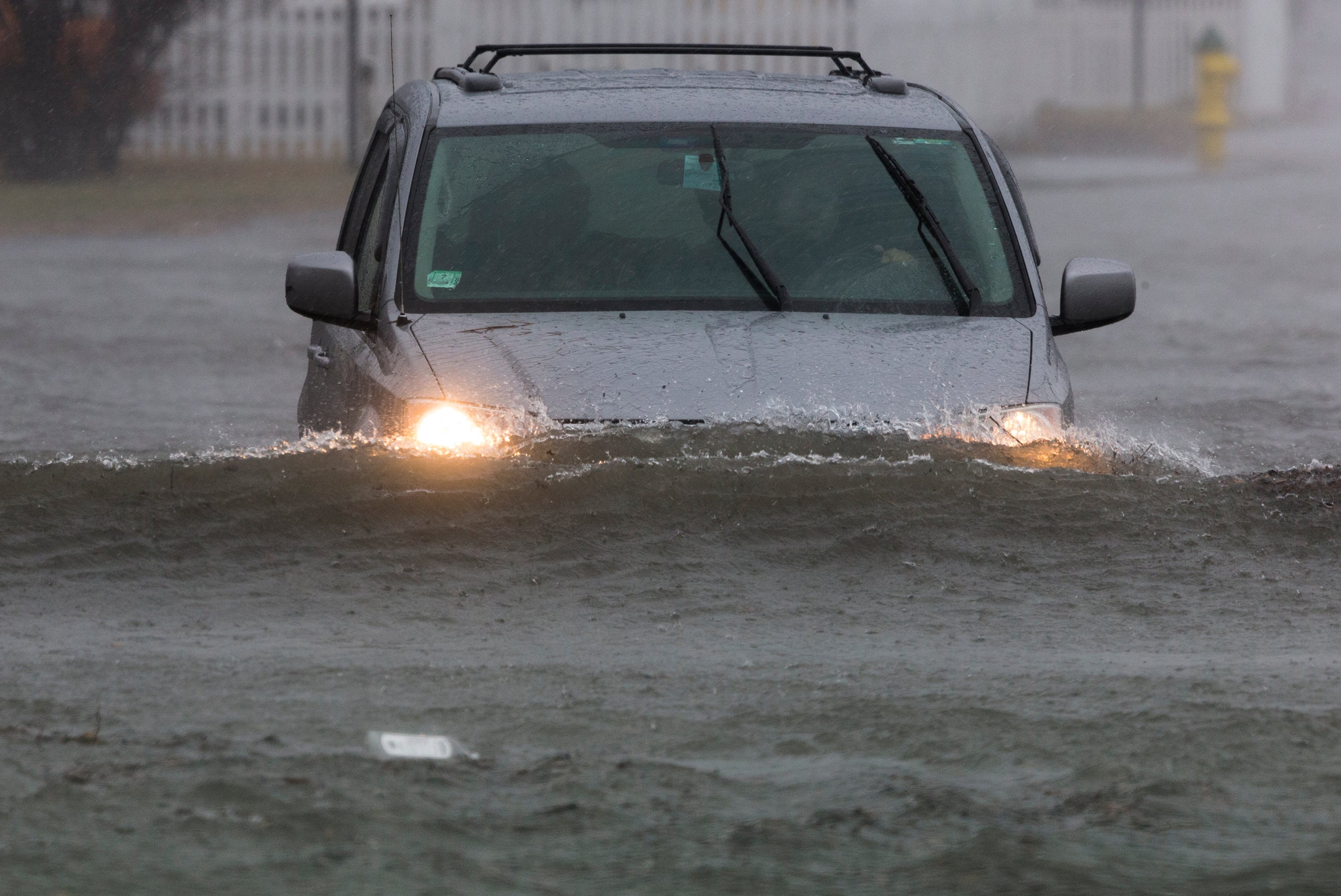 A pedestrian in Boston’s Copley Square. 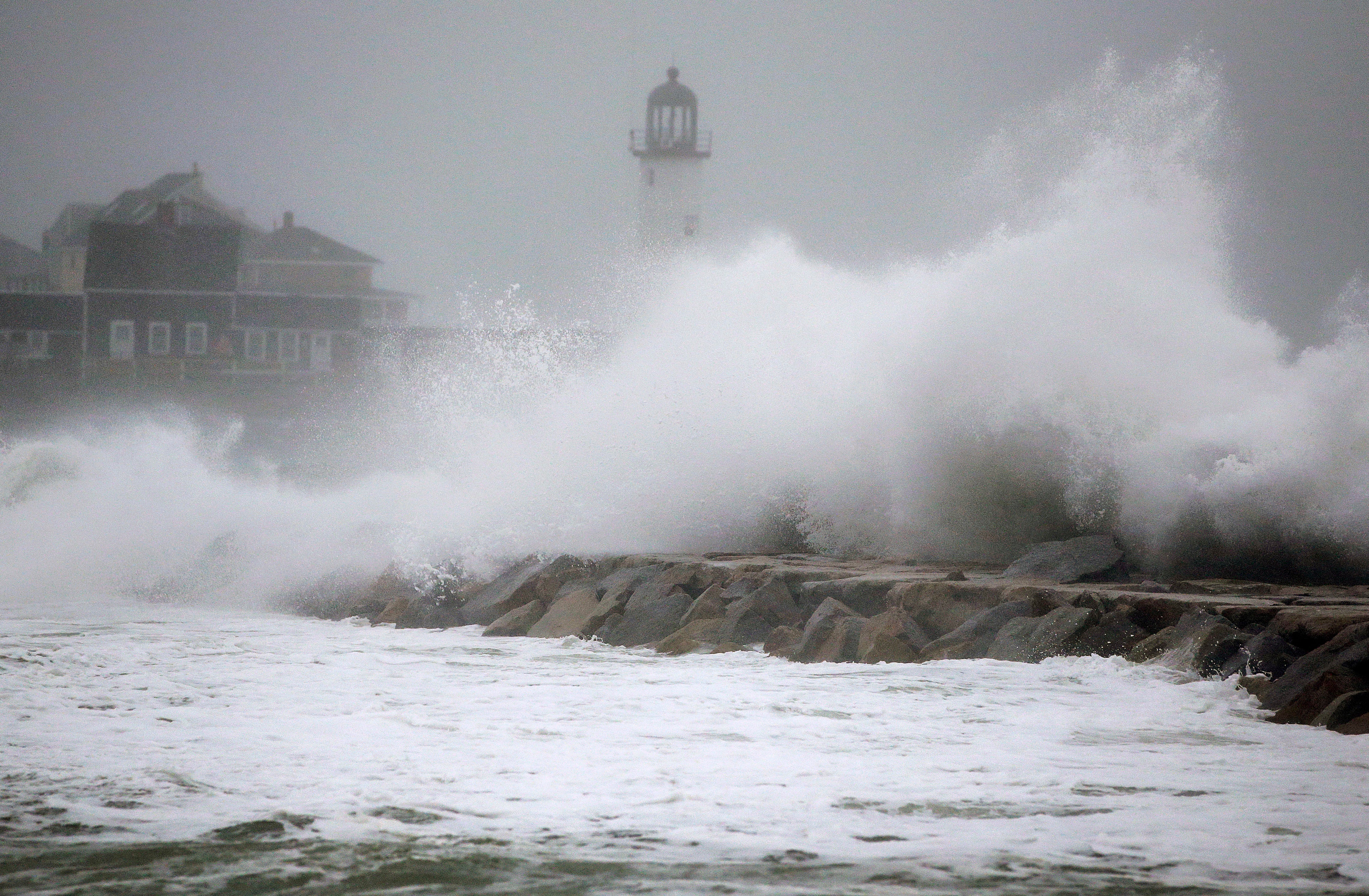 Waves crash against a seawall near the Scituate Lighthouse. A car was left flooded after the driver was removed by the fire department in Winthrop. 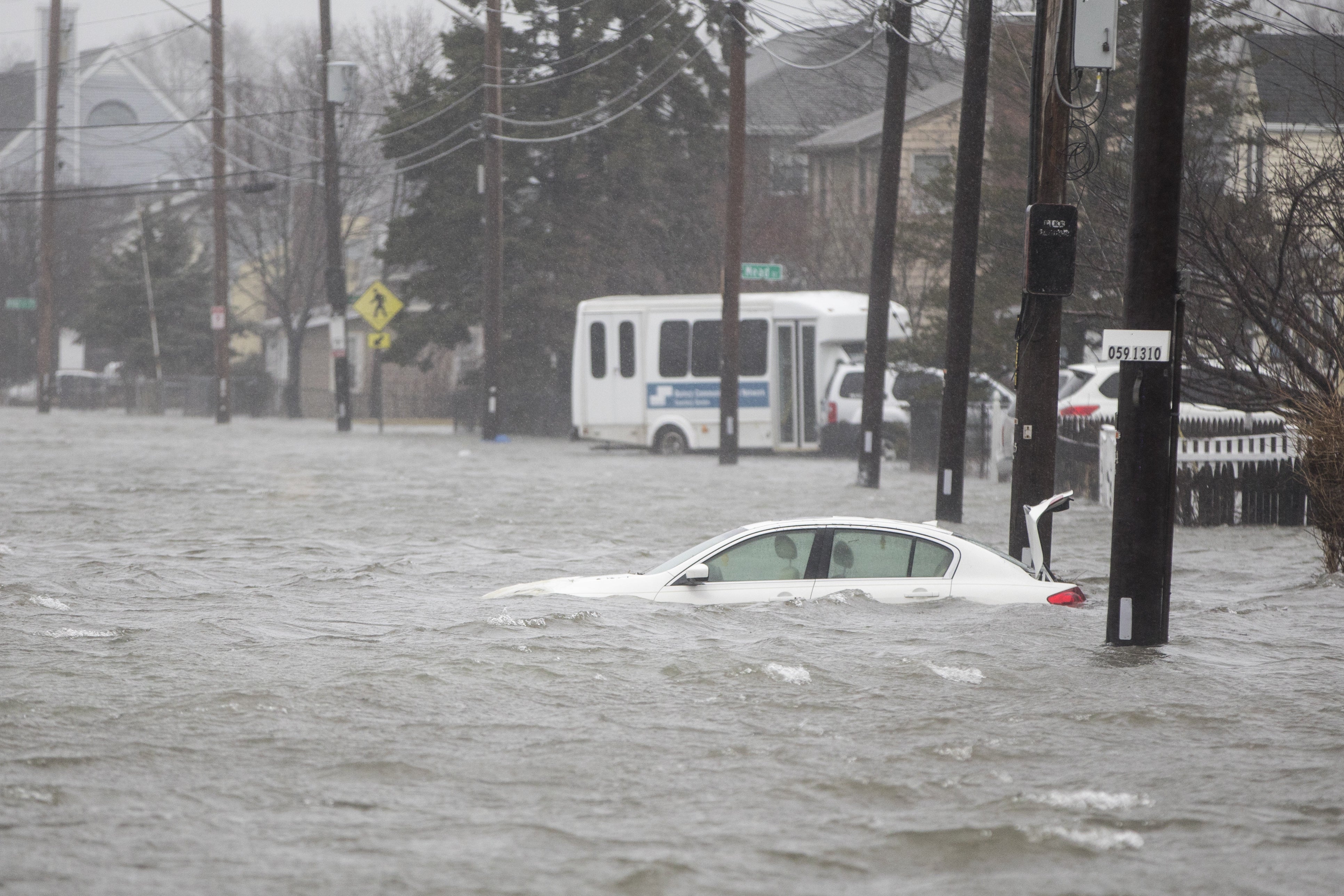 A flooded car sits in Houghs Neck in Quincy. 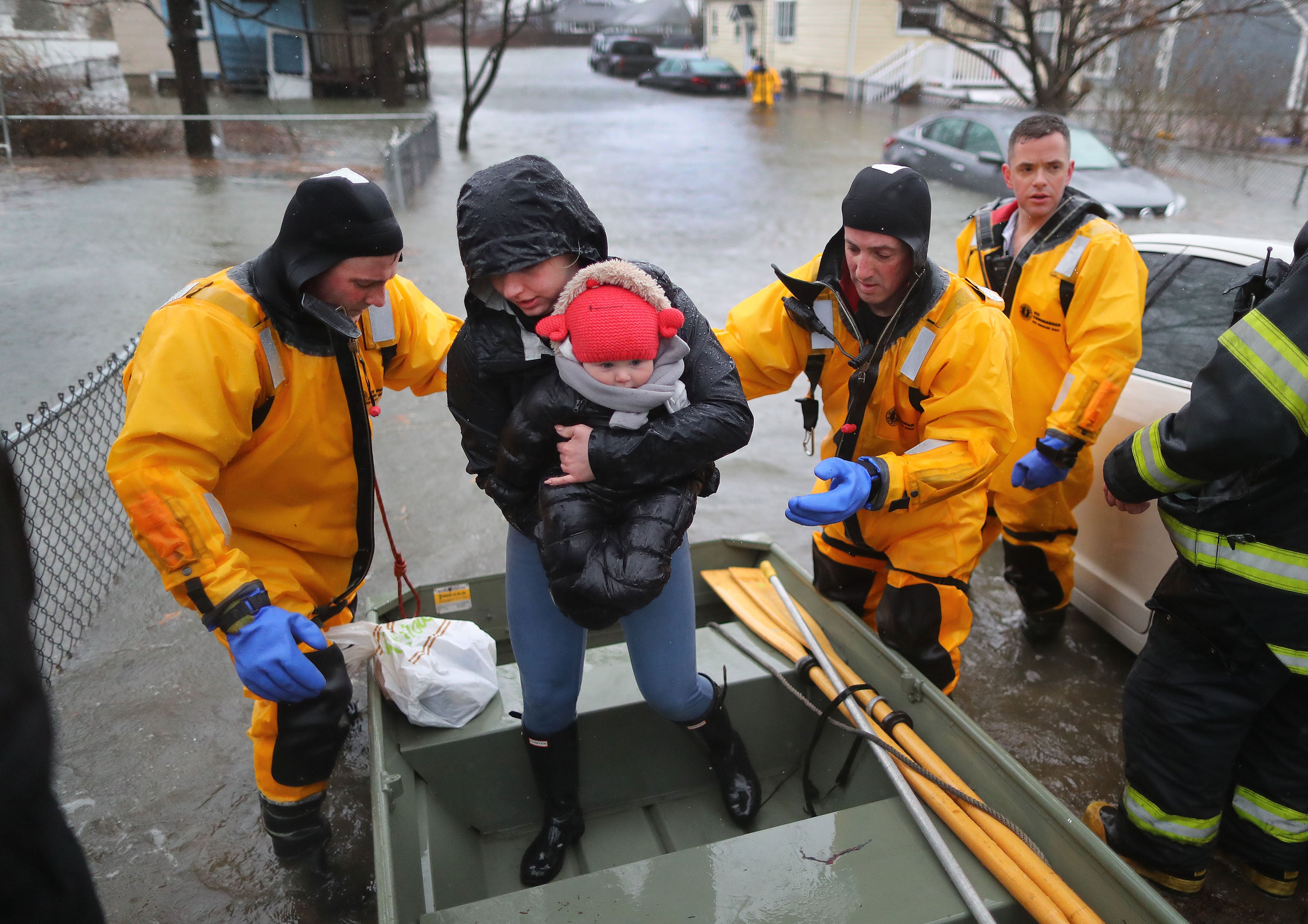 A woman and child are rescued from a flooded home on Post Island Road in Quincy. 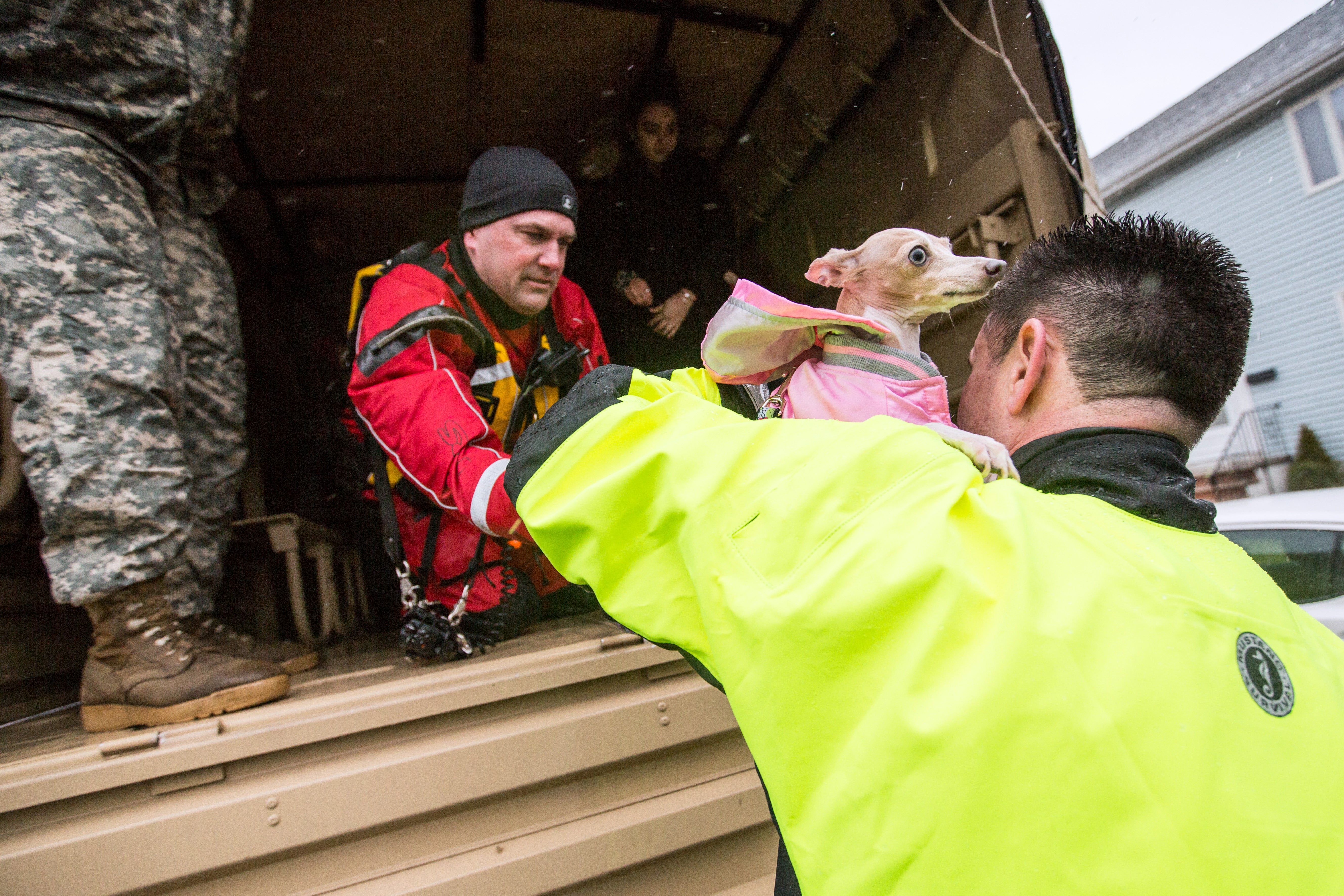 Dogs were evacuated from a flooded vehicle in Winthrop. Scituate firefighter Jack Bulman looks over a flooded Jericho Road while surveying the area with the Massachusetts National Guard. 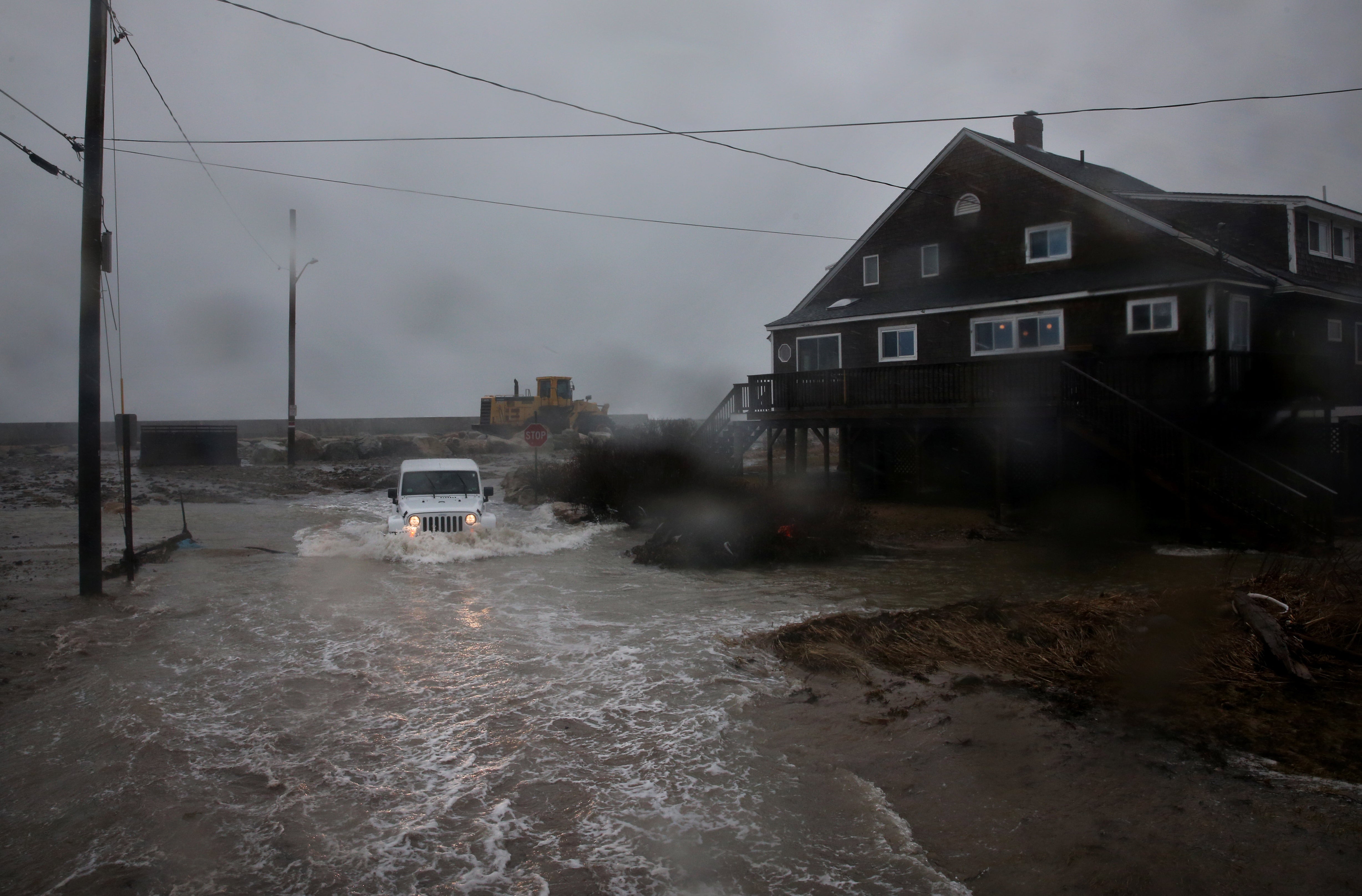 Water surges down Ocean Street in Marshfield past a Jeep. 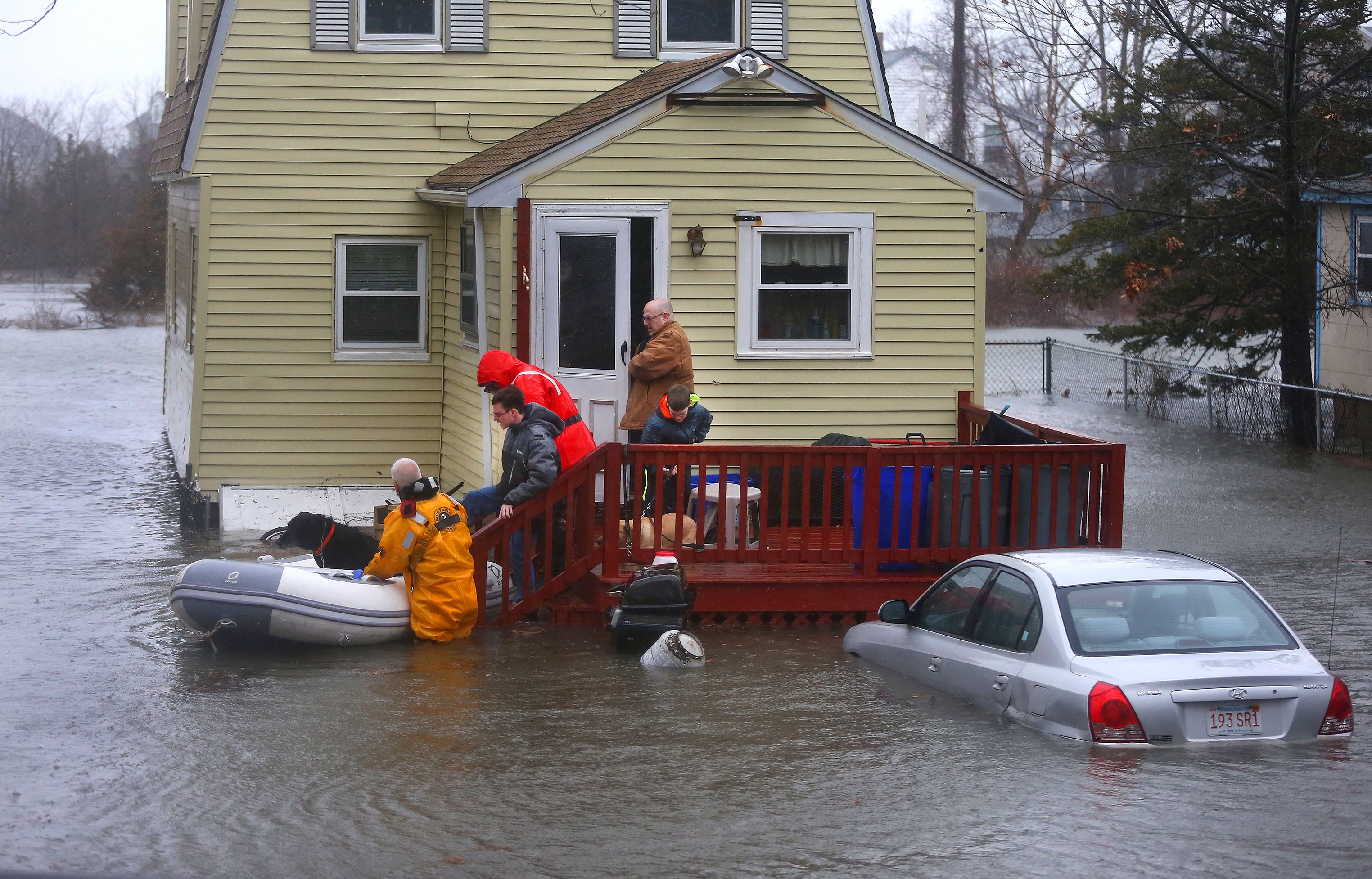 A Quincy home is evacuated. 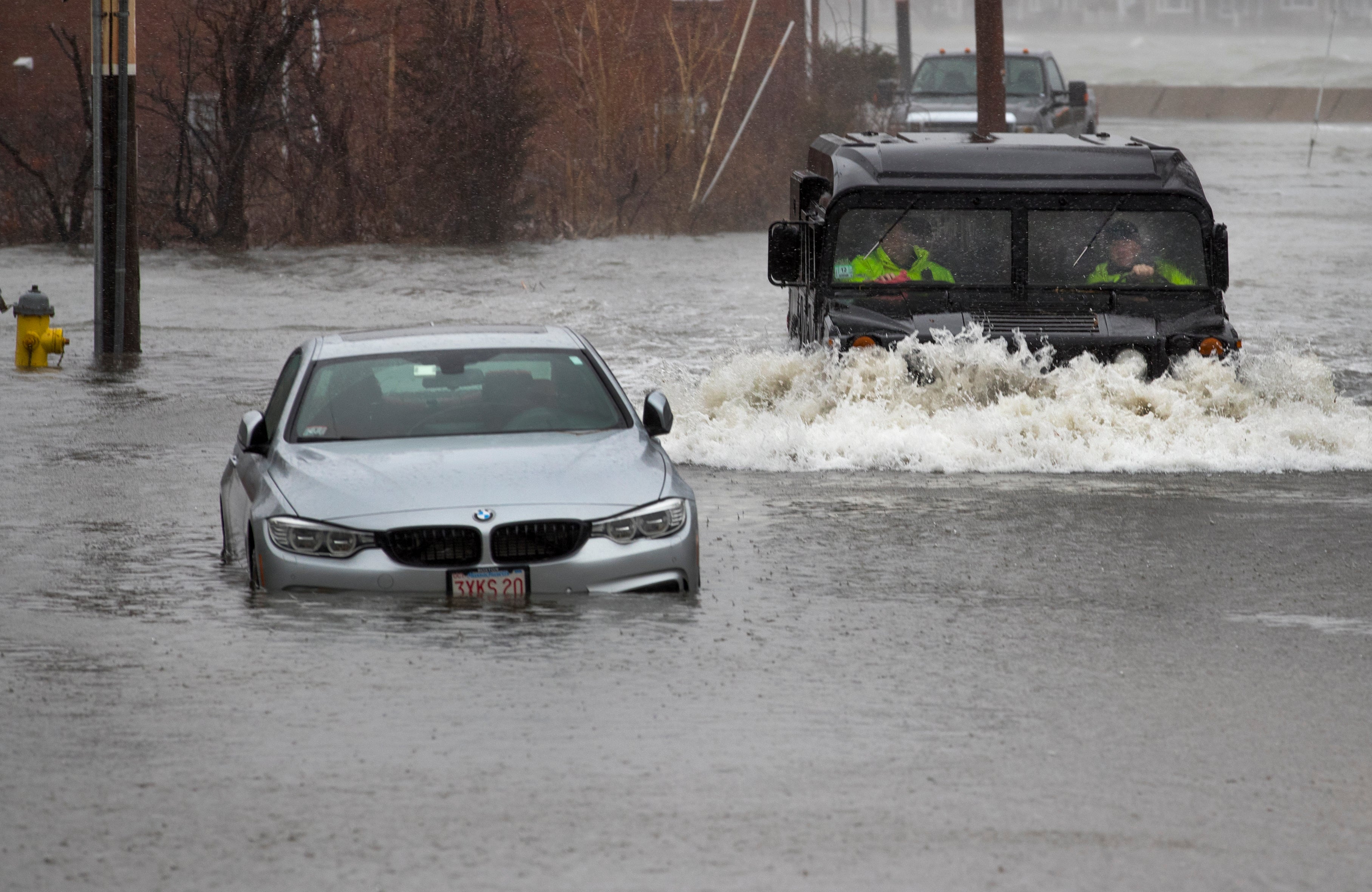 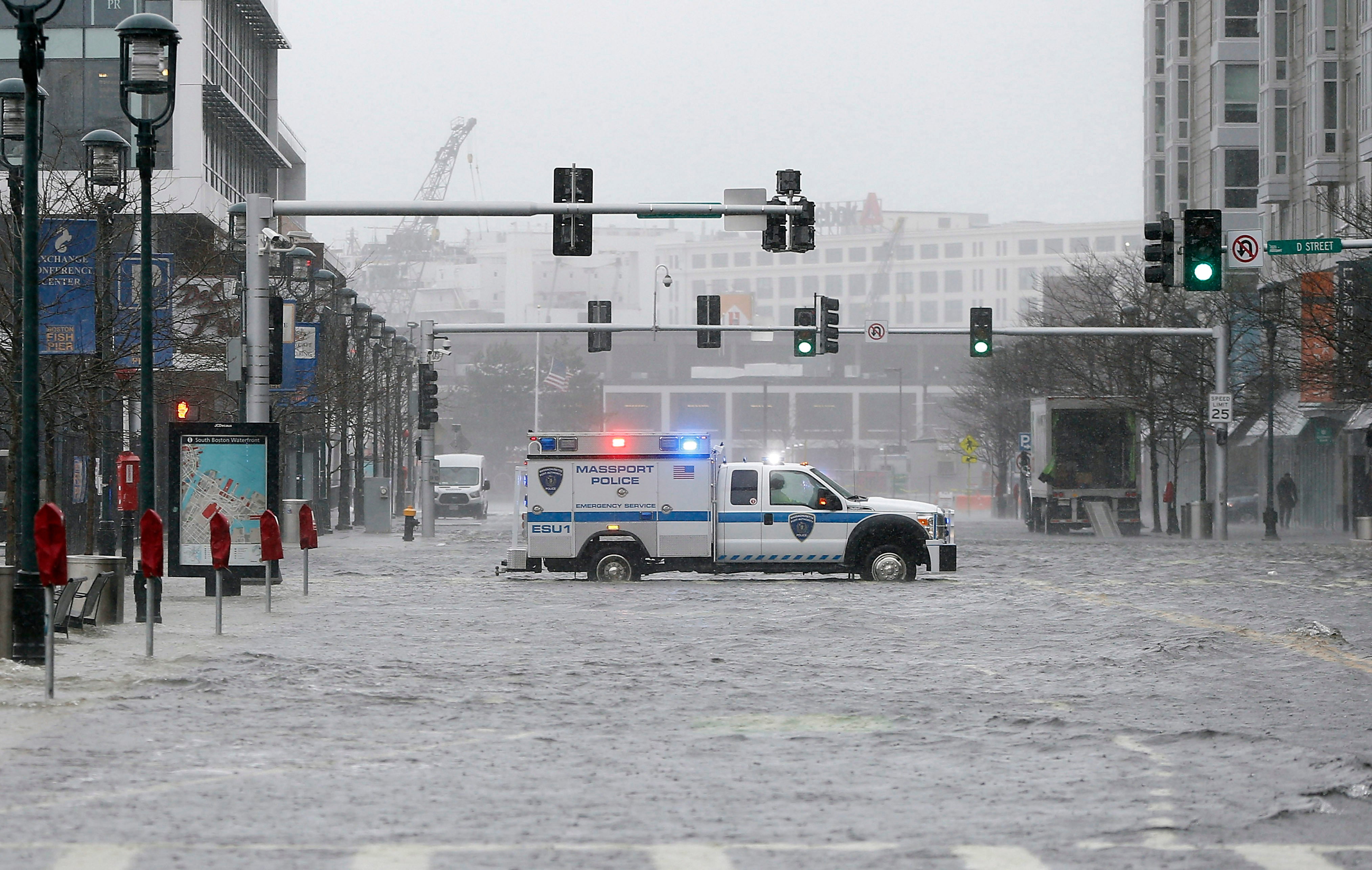 Water floods from Boston Harbor onto Seaport Boulevard in the Seaport district of Boston. 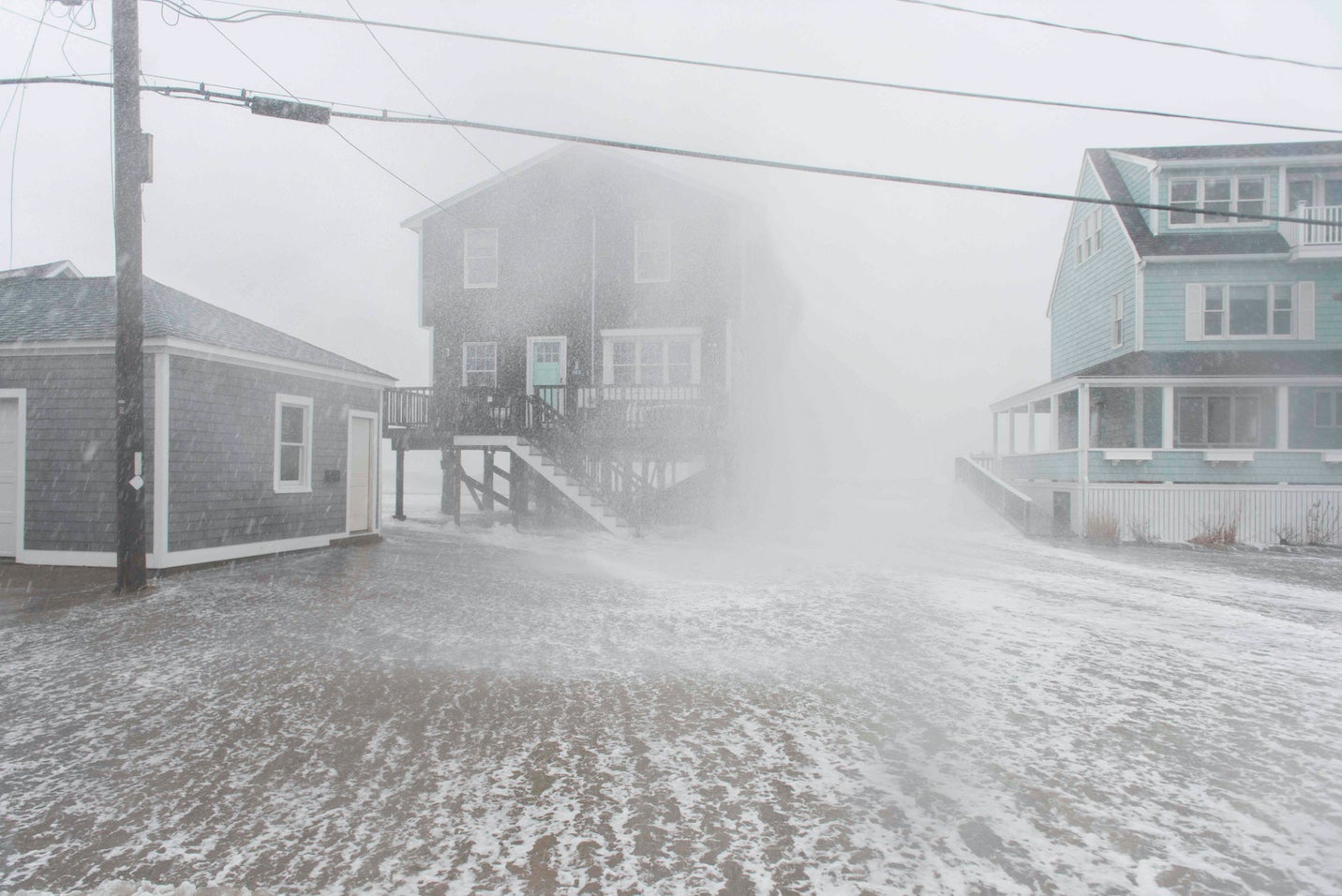 Waves crash into homes in Scituate. 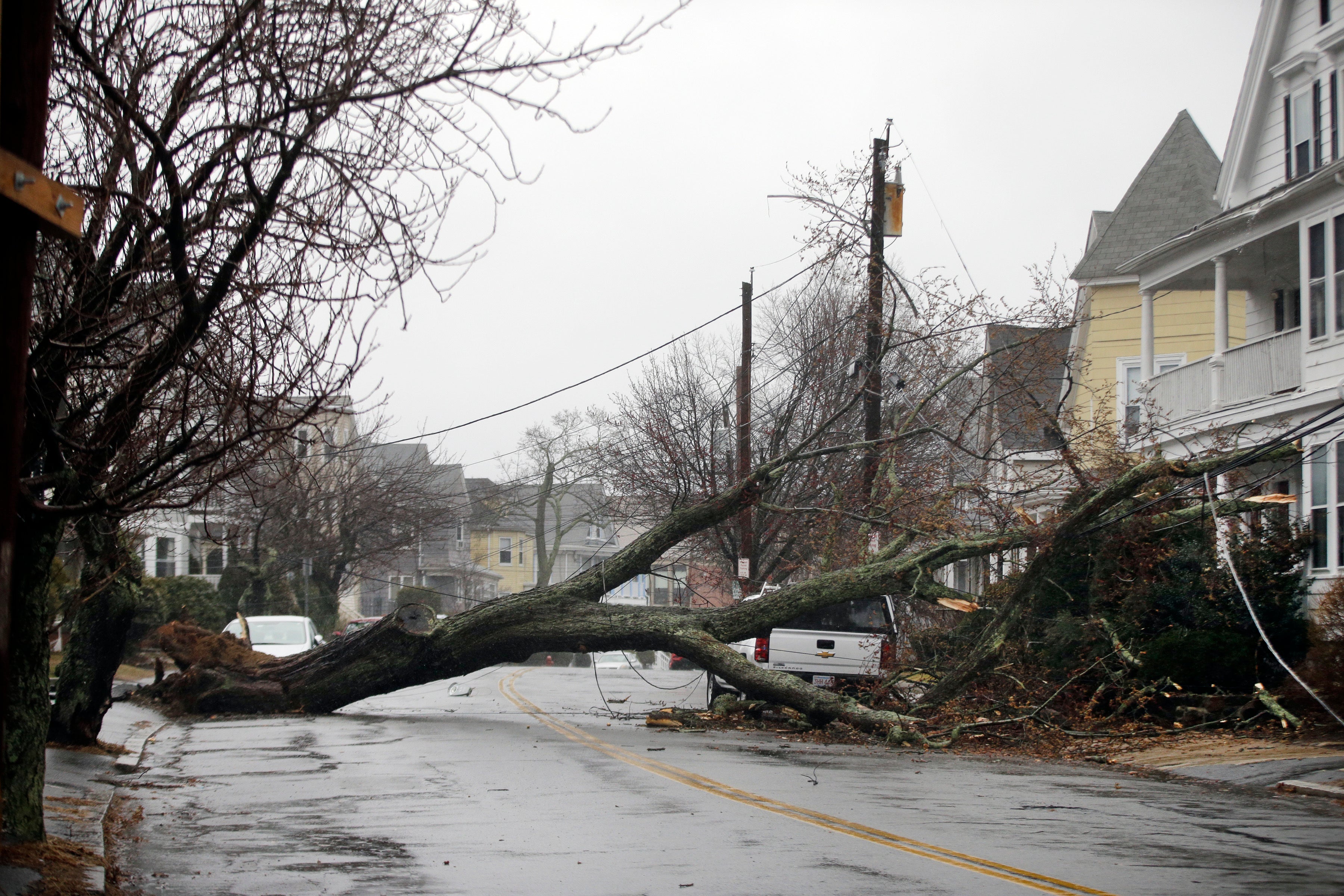 An uprooted tree blocks a residential street after taking down a power line in Swampscott.

A front-end loader clears Turner Road in Scituate, which was covered with sand from the storm.

Jacob Gurner walks through a flooded backyard after checking on his home in Scituate. A sailboat with a busted mast is covered with seaweed and debris in Quincy.

Seawater rolls over the seawall in Quincy.

A man rows back to a home after going out for supplies in Quincy. 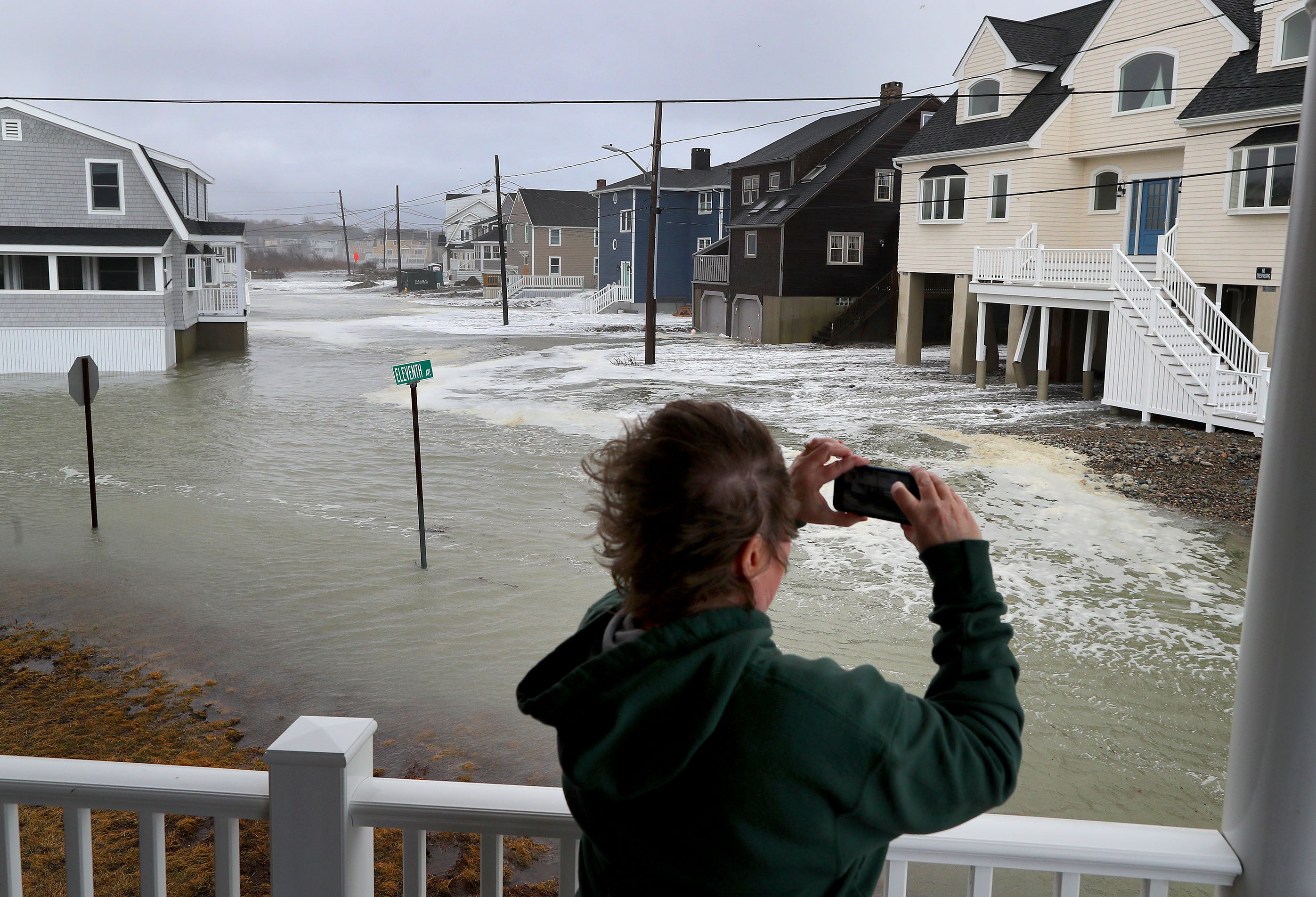 People view the flooding and damage to Scituate at Cedar Point. 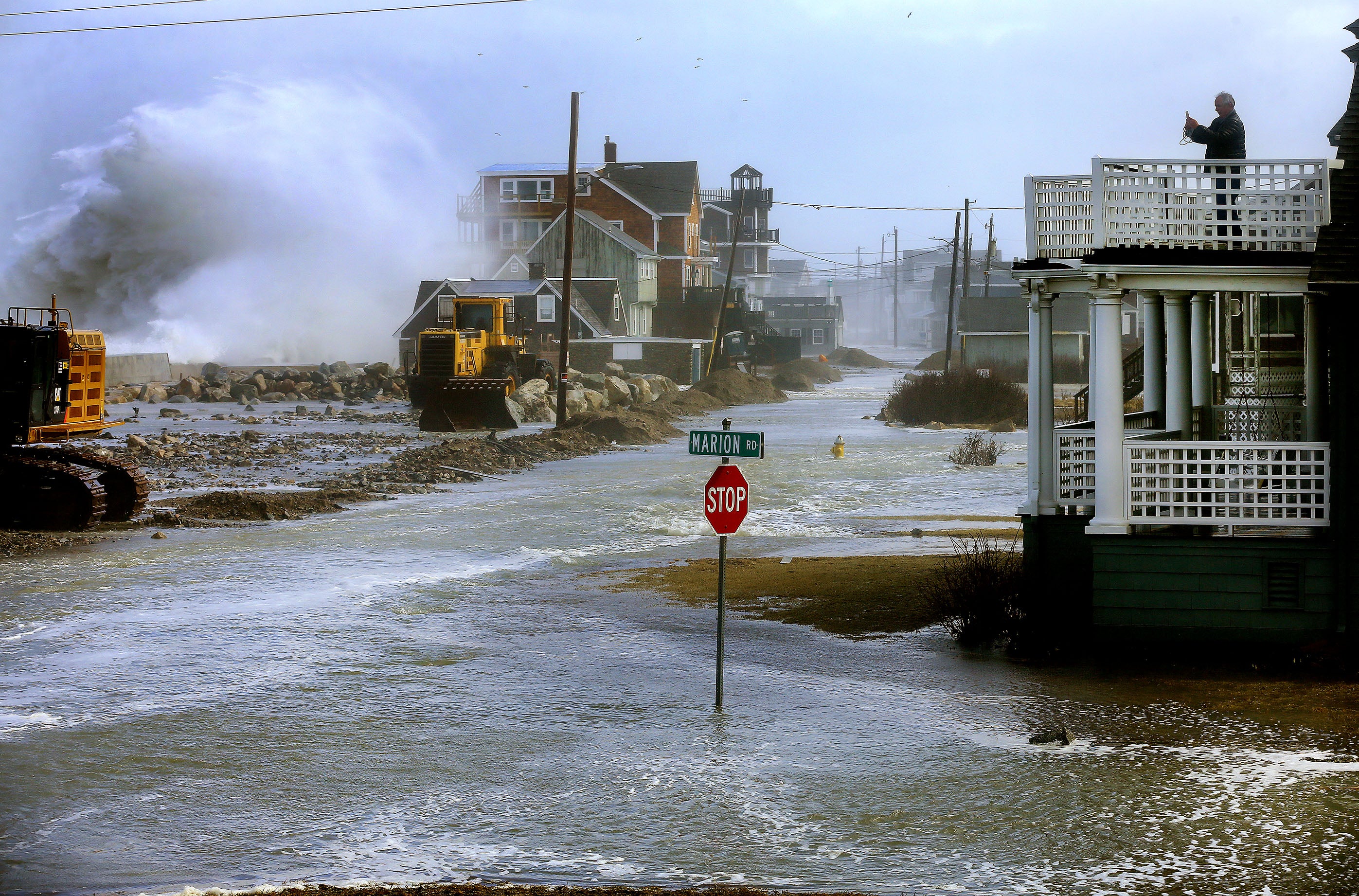 A huge wave crashes onto Oceanside Drive in Scituate.