The Massachusetts coast has been slammed with devastating flooding and brutal winds during the last 24 hours.

But the nor’easter that sent ocean water surging into roads and knocked out power for thousands of residents across eastern Massachusetts failed to bring one notable impact to most of the state: snow.

While parts of western Massachusetts got up to 12 inches of snow, most of the state saw driving rain. The Greater Boston area got between 2 and 3 inches of rain, and East Bridgewater got almost six.

If all that rain were snow, the storm could would’ve had a very different impact.

National Weather Service Meteorologist Lenore Correia told Boston.com that on average, one inch of rain can equal 10 inches of snow — meaning that parts of the state that saw 5 inches of rain could have gotten 50 inches of snow.

“[It] likely would have been considered a blizzard, given the winds we had,” Correia said of what would’ve happened if the rain had been snow instead.

According to meteorologist David Epstein, “too much” marine air within the storm was responsible for the lack of the white stuff in eastern and central Massachusetts.

“This would have been a 2-3+ foot storm if colder, and [it would’ve] crippled [the] area for many days,” Epstein said on Twitter.

Snowfall was always the big wild card in this storm. Never really materialized over central or eastern New England. Too much marine air within the storm. This would have been a 2-3 plus foot storm if colder and crippled area for many days. pic.twitter.com/QCisSPUy6N

Temperatures were lower in western New England and eastern New York, where the storm dropped 1 to 2 feet of snow.

Thank you to all who have reported snow totals to us today. Here is another preliminary map illustrating the snow totals across eastern NY/western New England. A final map will be issued tomorrow. pic.twitter.com/oaaoVLNAZX

According to the Albany Times Union, the surprise drop in temperature led to more snow than originally anticipated, resulting in thousands of power outages in the capital region of New York. 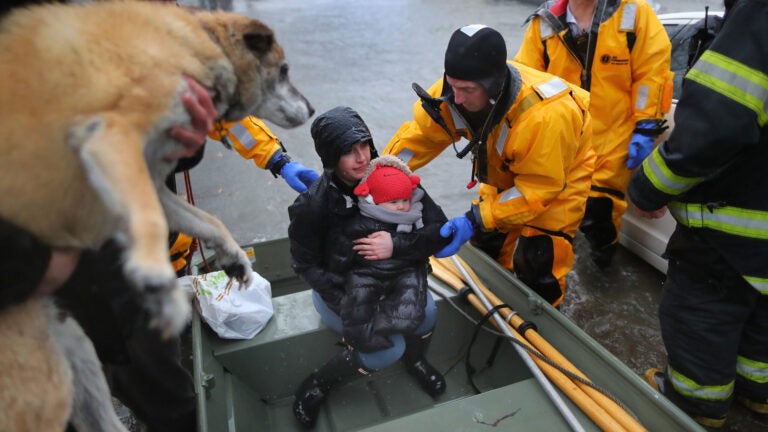