The Comm. Ave. Mall in Boston on Thursday. 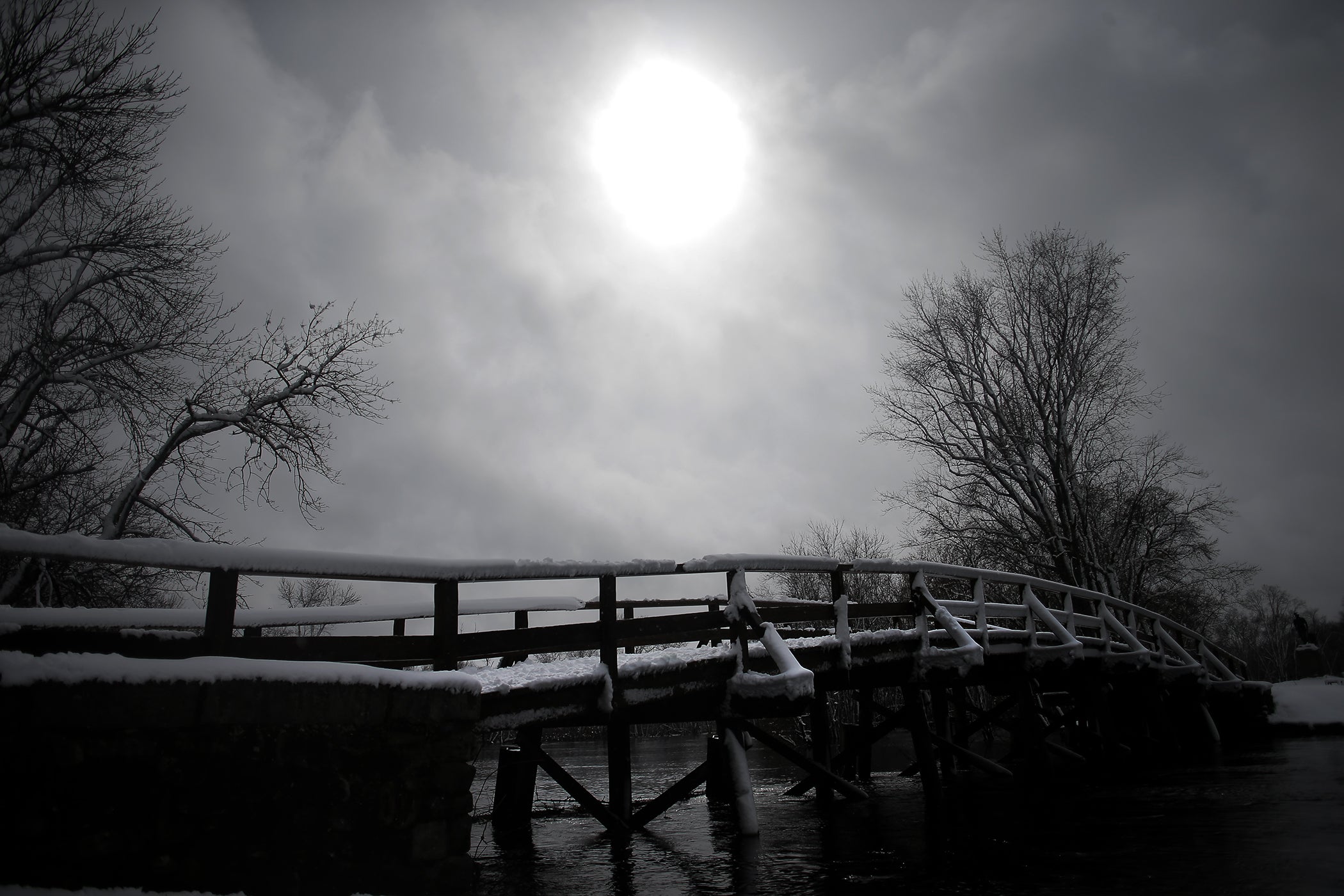 The sun makes a feeble attempt to break through cloud cover over the Old North Bridge in Concord on Thursday. The MIT Sailing Pavilion in Cambridge on Thursday. A neighborhood off of Kentucky Street in an area bordering Marshfield and Duxbury remained flooded on Thursday. 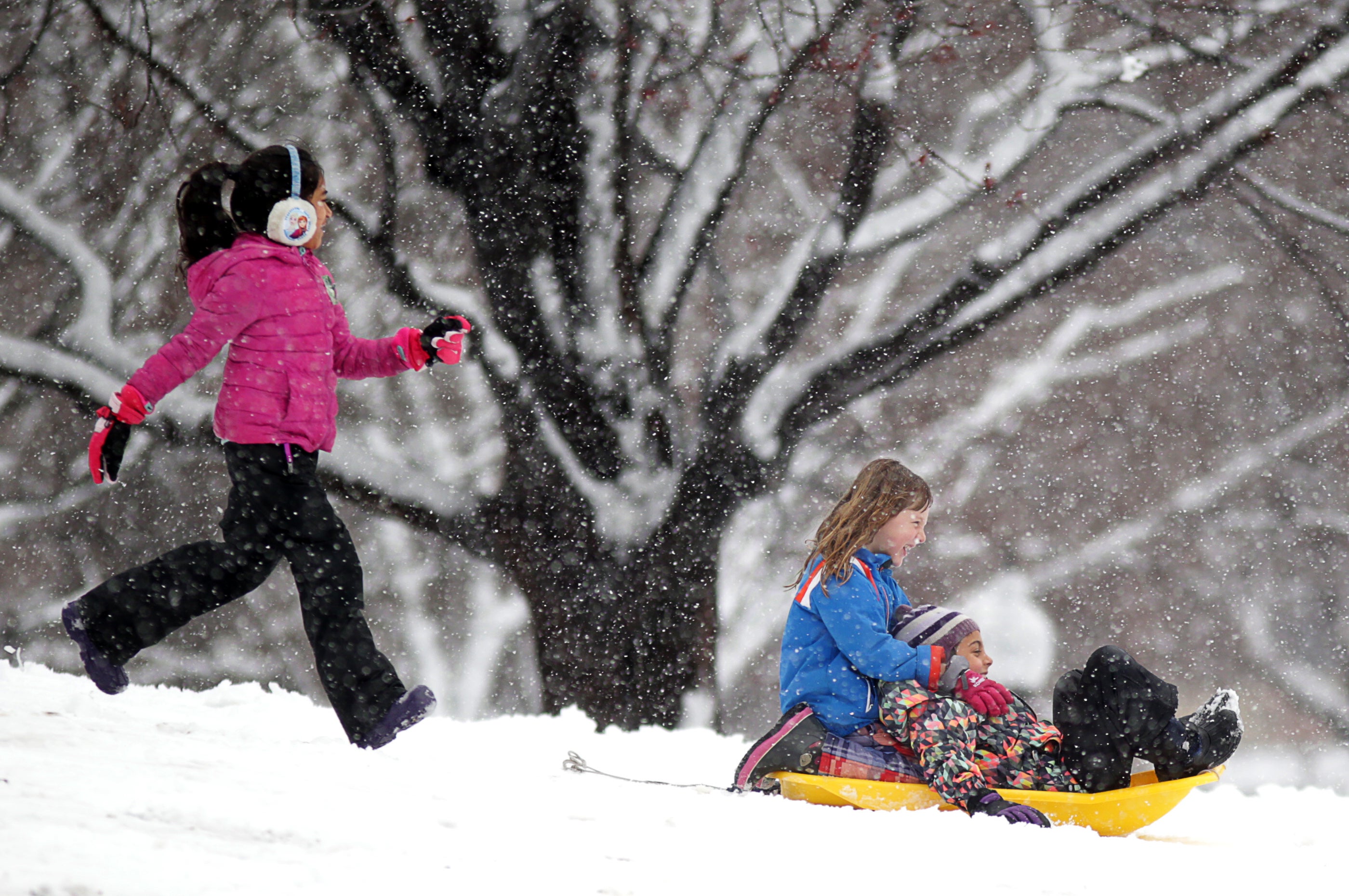 Sledding on Boston Common on Thursday. 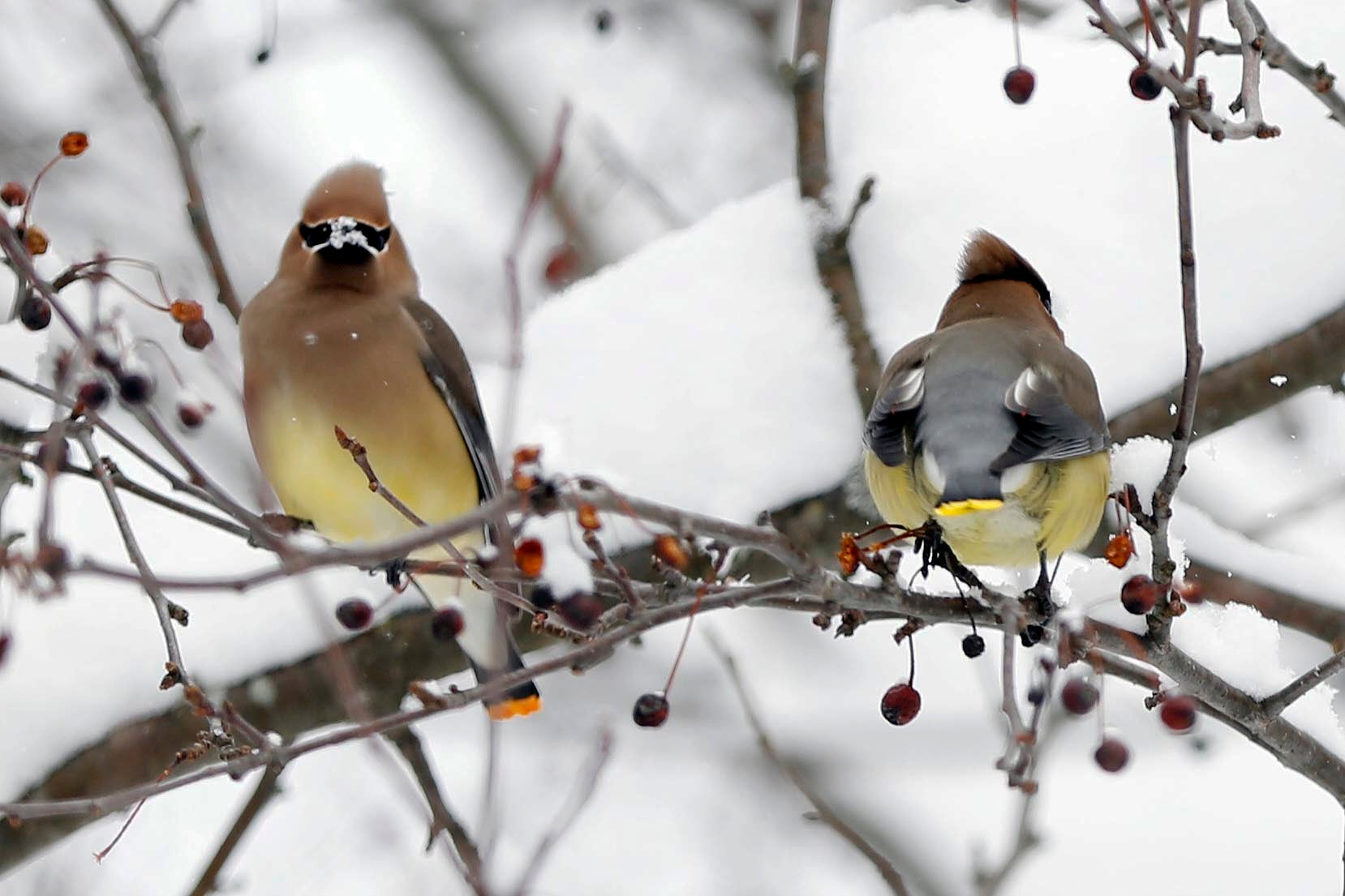 A group of cedar waxwings chows down on snow-covered berries Thursday on Sleepy Hollow Road in Richmond. 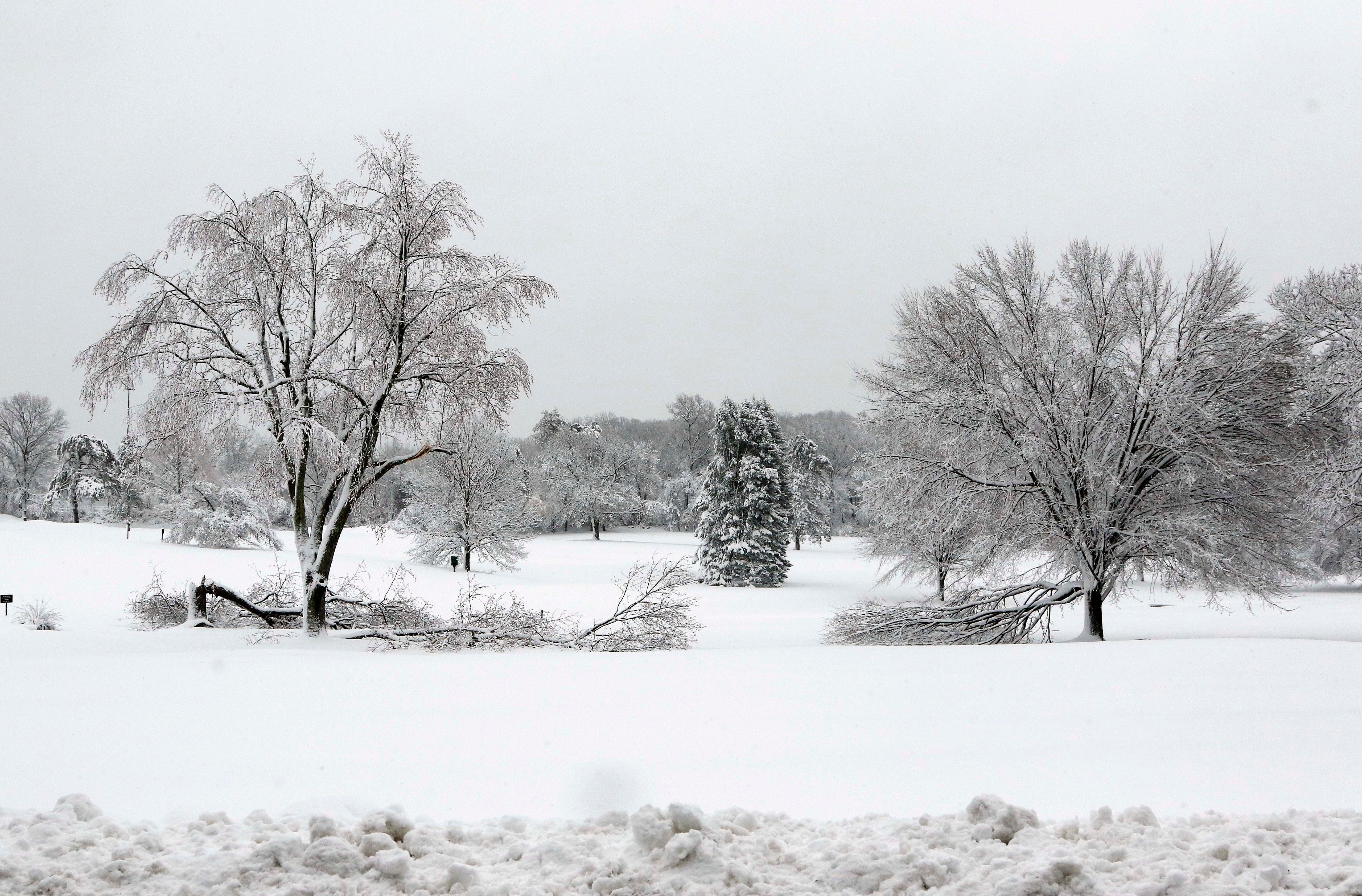 Limbs broken off trees covered with heavy, wet snow lie on the ground Thursday in Marlborough. One road barrier is replaced by another natural barrier Thursday as a tree on Comm. Ave. by Arapahoe Road in Newton came down during the storm. 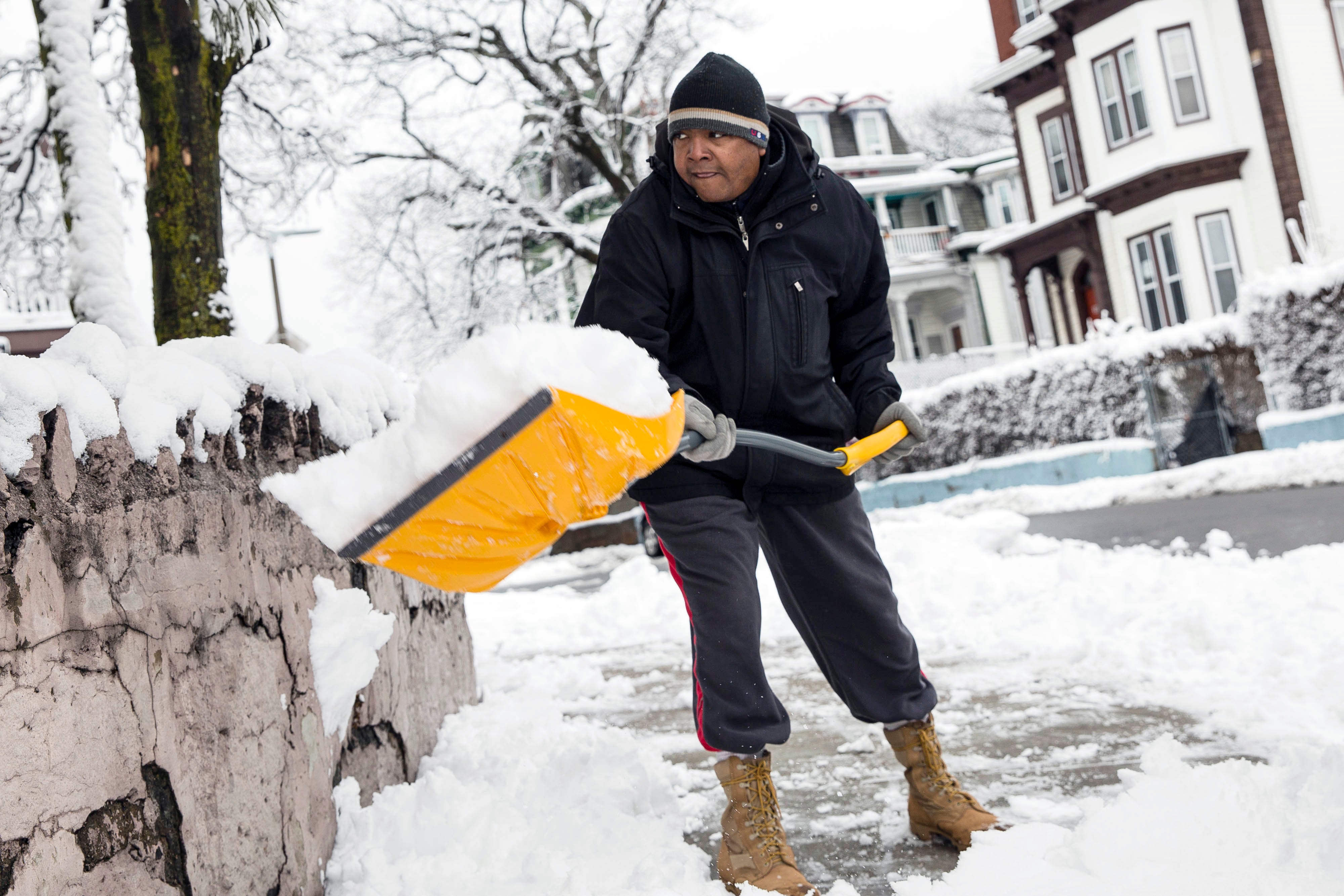 Luis Bernerdes shovels his walk in Mattapan on Thursday. 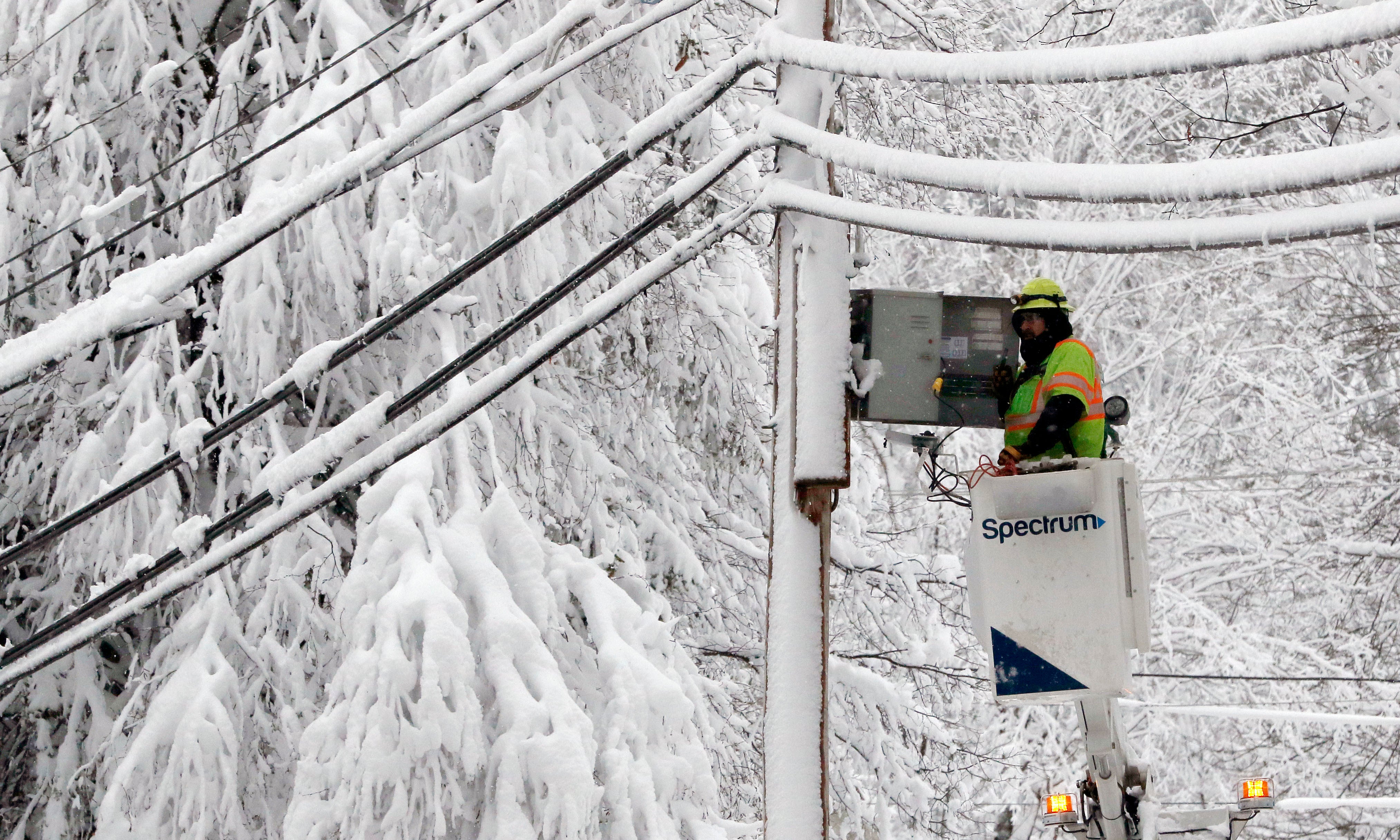 A lineman works to restore power Thursday in Northborough. 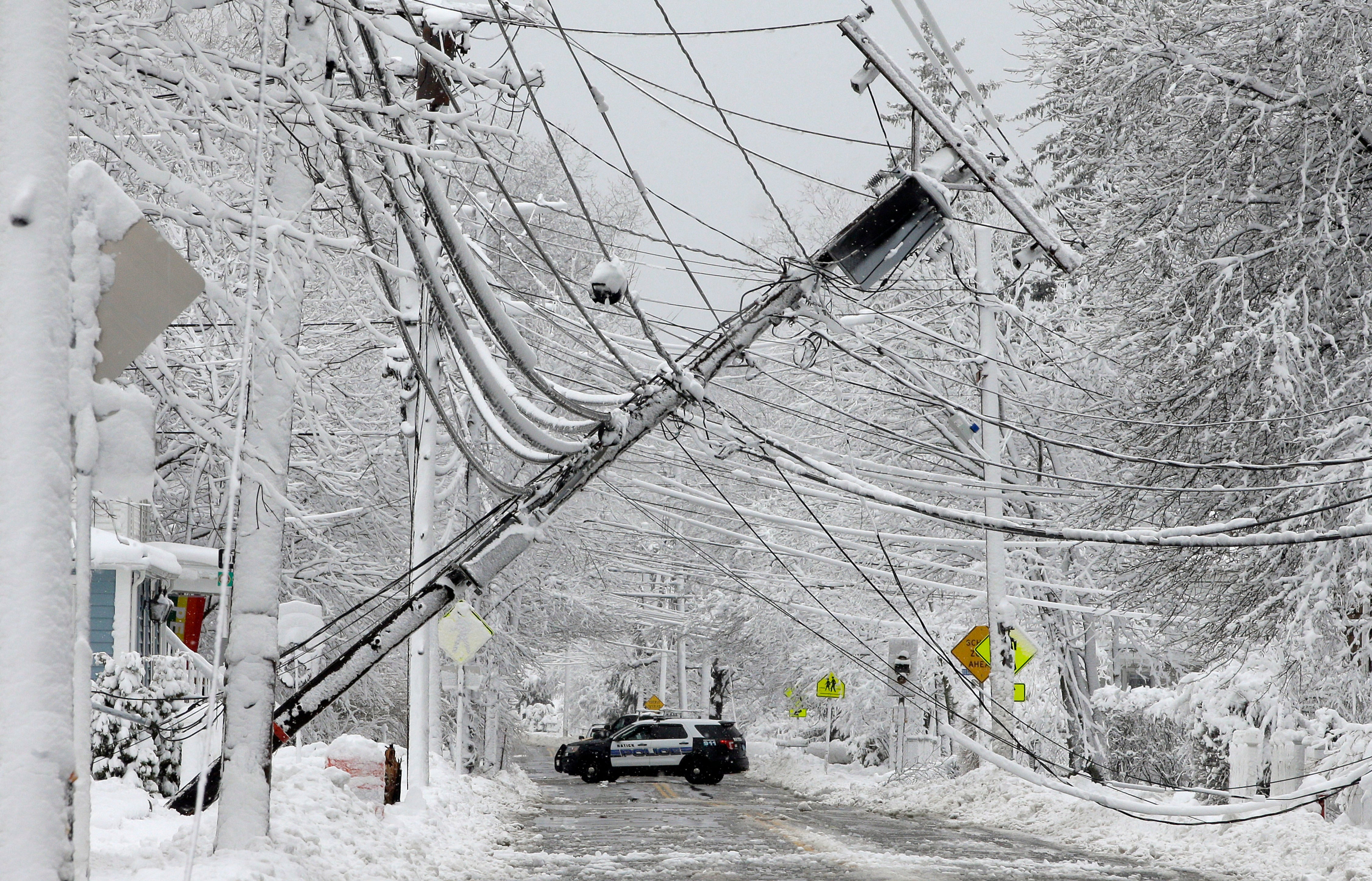 A police vehicle blocks a road near downed power lines Thursday in Natick. The Shaw Memorial across from the State House on Thursday. An early morning dog walk Thursday in the new snow on Boston Common. 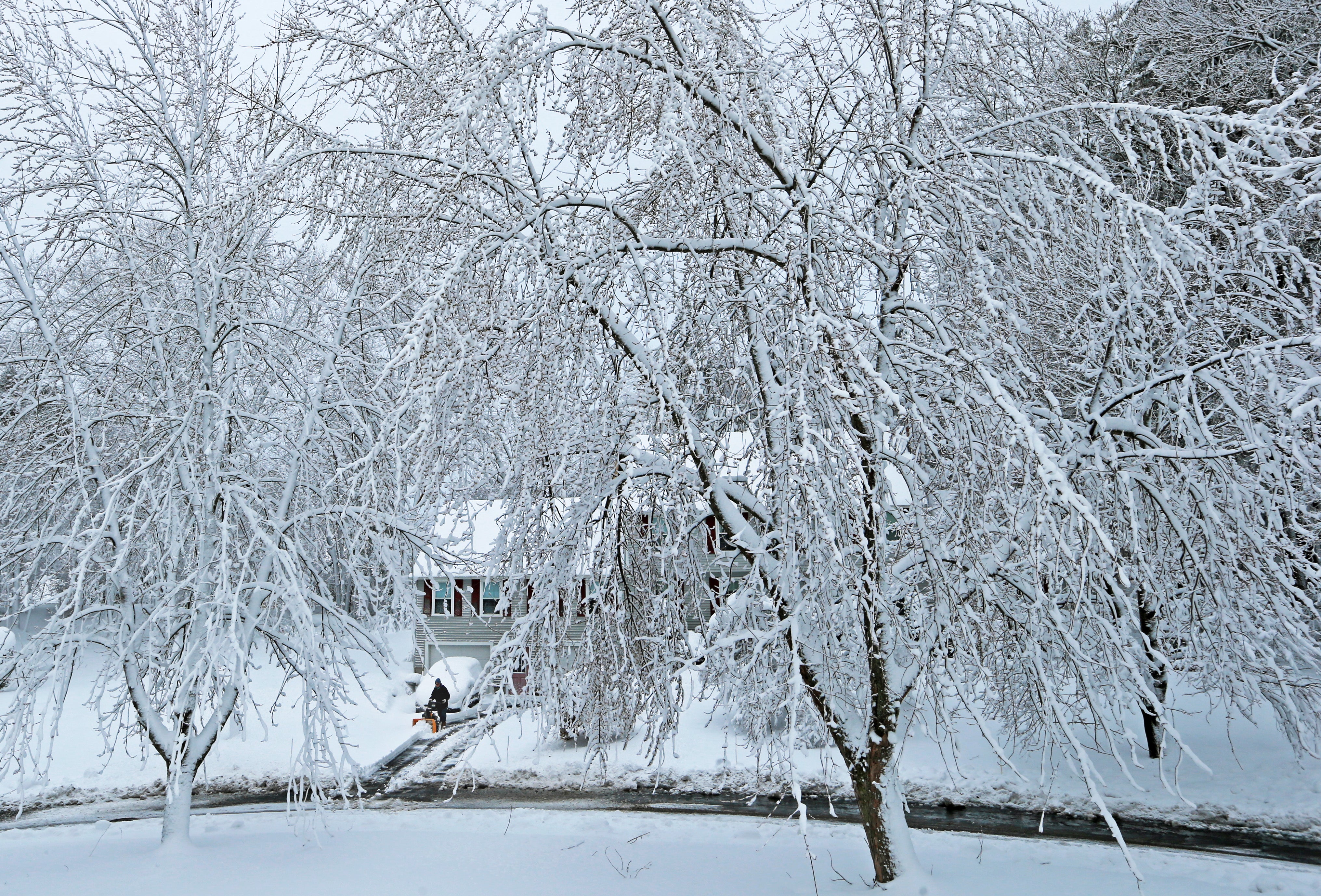 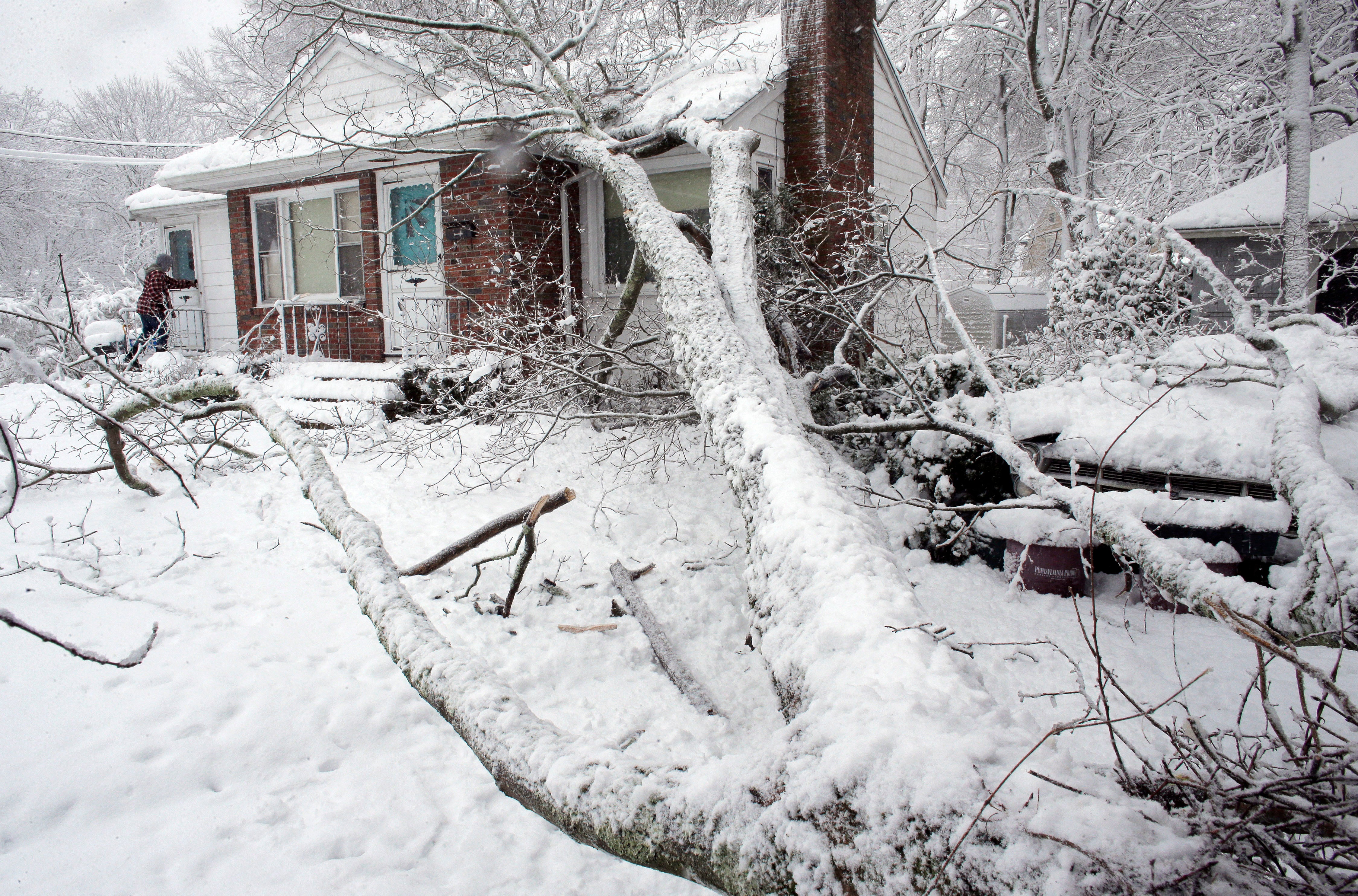 Brian Farrell enters his Walpole home Thursday, after a tree fell on the house and a car. “George,” an American mastiff, watches as his sidewalk is shoveled Thursday. Tree branches came down in Lexington. An antique home in Hanover on Thursday.

A man takes his dogs for their nightly walk as snow swirls Wednesday night around the Bunker Hill Monument in Charlestown. 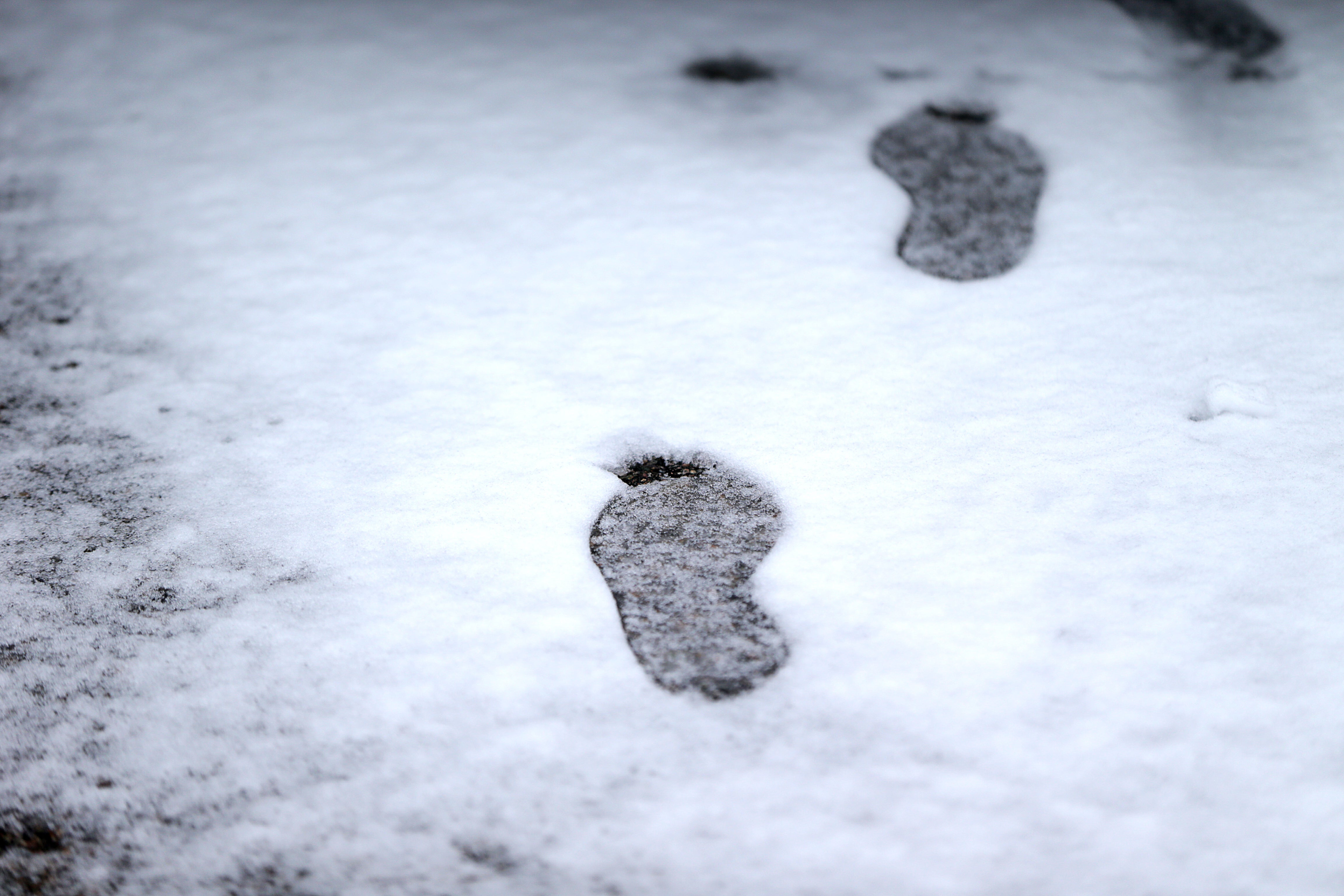 There was only light snow on the ground Wednesday in Framingham as the storm got underway. 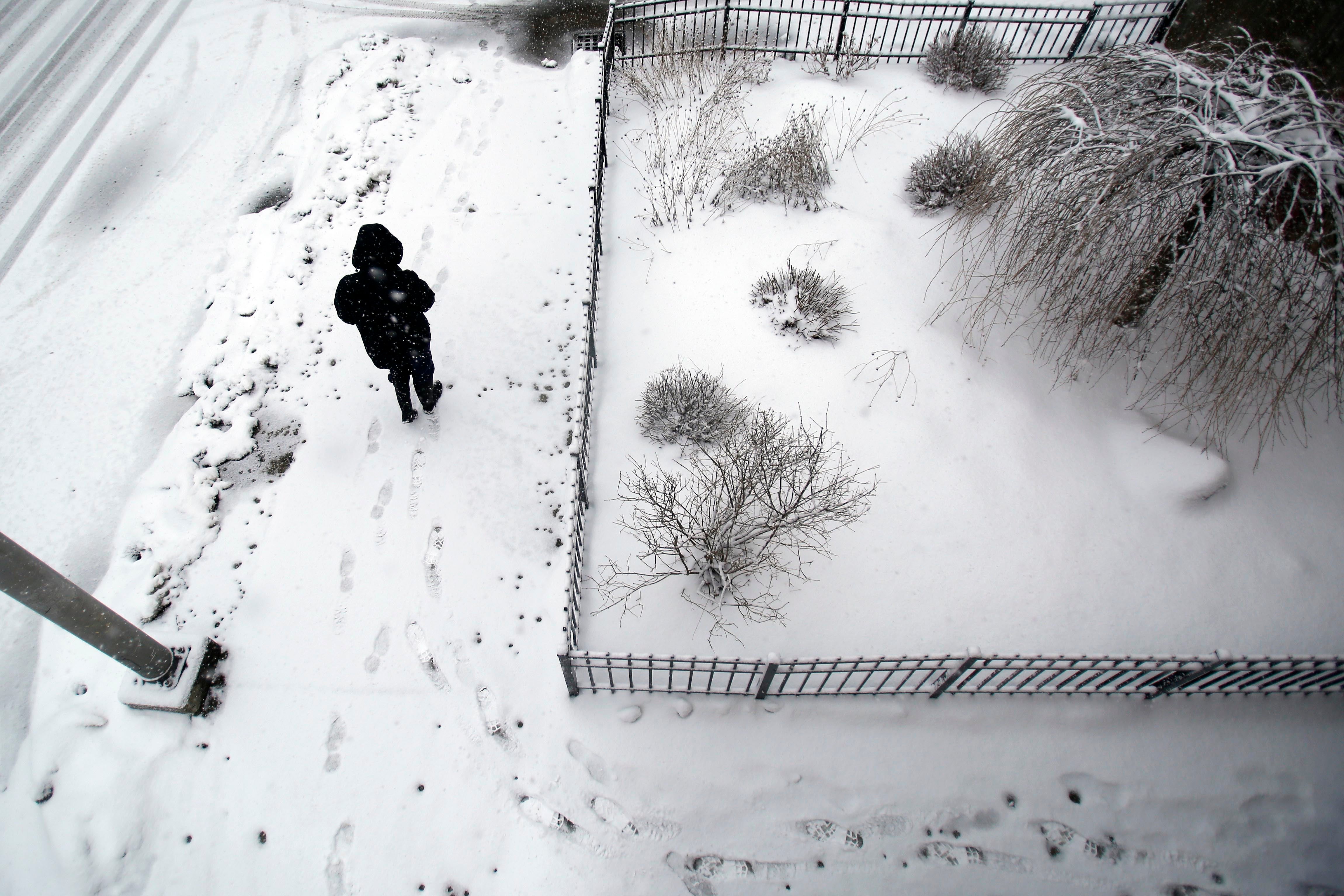 A woman walks along Summer Street in Pittsfield, as heavy snow falls Wednesday.

Waves crash on to oceanfront homes along Surfside Road in Scituate on Wednesday. A surfer at Devereux Beach in Marblehead on Wednesday.

Surfers look like seals in the water off Devereux Beach in Marblehead on Wednesday. 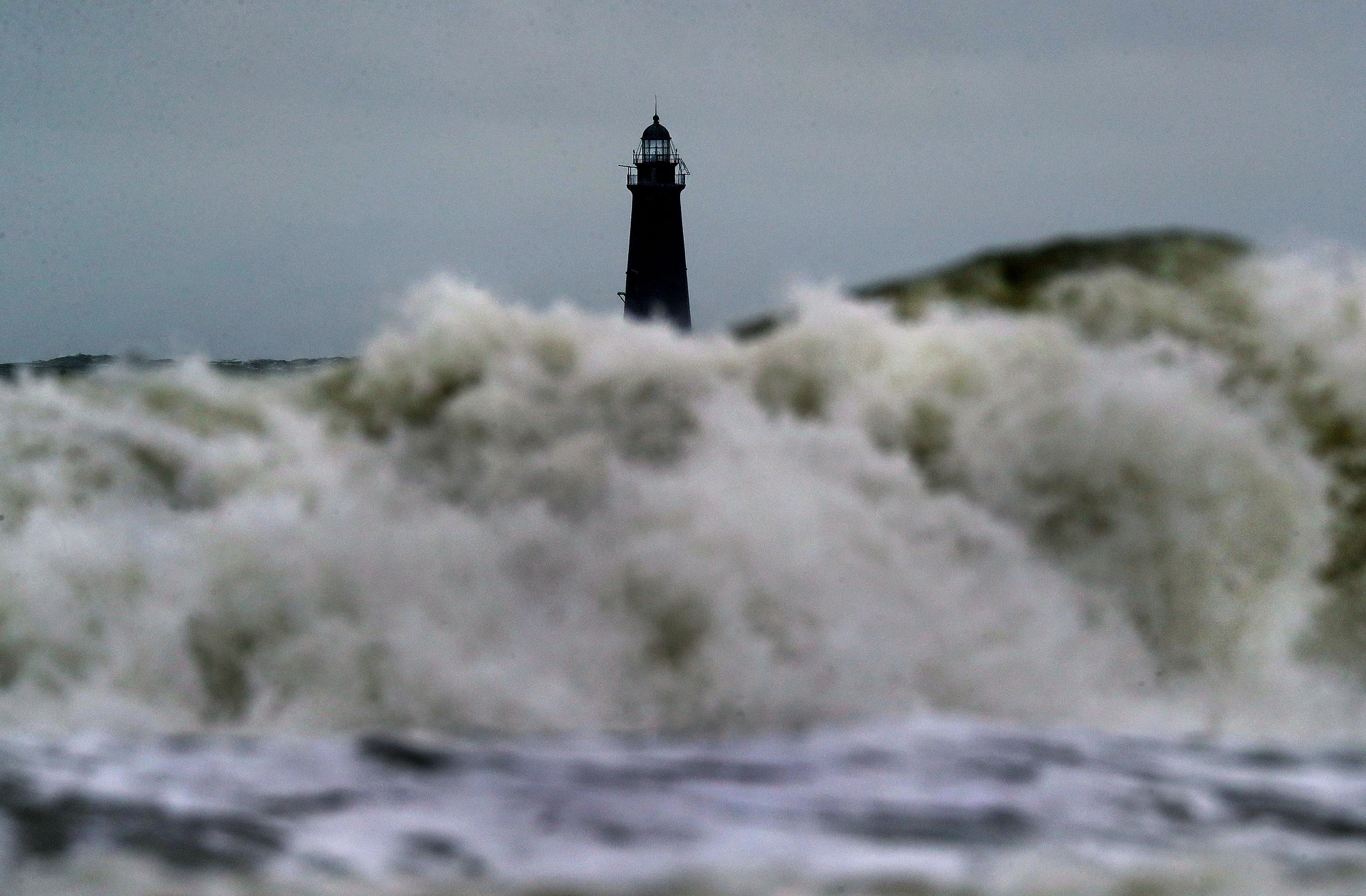 Waves crash along the shoreline of Sandy Beach in Cohasset on Wednesday, as Minots Ledge Light rises in the distance one mile off the coast.