In a place that barely sees 10 inches of rain per year, Libya, a largely desert country in North Africa, isn’t exactly a hotspot for severe weather. But atmospheric scientists are investigating an episode of “gargantuan” hail that pummeled Libya’s capital city last week, with individual hailstones nearly 7 inches in diameter.

The city of Tripoli, home to roughly 3 million people, averages less than 11 inches of rainfall per year. Most of Libya is part of the Sahara Desert. The atmosphere didn’t seem to care last Tuesday evening though, when a rotating supercell thunderstorm formed over the southern Mediterranean Sea, battering Tripoli with hail the size of bowling balls as well as strong winds and torrential downpours.

Some researchers believe the enormous chunks of ice may establish a record for Africa, and be among the largest hailstones ever photographed worldwide.

Libya typically sees primarily dry summers, but rainfall begins to increase late in September and through October as the changing seasons precede a slightly wetter winter. Still, it is exceptionally rare for high-end severe thunderstorms to develop, particularly those rivaling some of the fiercest storms of Tornado Alley in the United States.

Tuesday’s storm formed ahead of a shortwave trough, or dip in the jet stream accompanying a strip of high-altitude cold air. The presence of chilly air aloft allowed surface air to rise, while jet stream winds provided the necessary dynamics to sculpt thunderstorms into rotating cells.

Weather model simulations from Oct. 27 revealed impressive instability, or the tendency for air to rise. That produced buoyant updraft plumes of rising air that could carry hailstones high in the sky. At those heights, temperatures were well below freezing, allowing layers of ice to continually accrete.

Because the storm was rotating, the powerful updraft suspending hailstones was able to persist for an extended period of time without being choked out by downward-crashing surges of cold air.

Winds from the east at the surface and south at the low levels also helped to provide an uninterrupted supply of warm, humid air to fuel the potent storm. It helped that the storm was what storm chasers refer to as “tail end Charlie,” or the southernmost storm in a line. That way, its warm “inflow” wasn’t interrupted by other storms.

Mateusz Taszarek, an associate professor at the University of Adam Mickiewicz in Poznań, Poland, analyzed photographs of hailstones from the event to estimate them at 6.7 to 7.1 inches in diameter. His findings suggest the hail was well into the gargantuan category, which describes hailstorms 6 inches across or larger.

Earlier this year, possible world-record hail in Argentina was confirmed by Matthew Kumjian, a professor of meteorology and atmospheric sciences at Penn State. He found that the hail, which fell on Córdoba, Argentina in early February of 2018, may have been as much as 9.3 inches in diameter.

Kumjian says that last Tuesday’s episode in Africa was very impressive in diameter – but still fell far short of a nearly two-pound hailstone that fell on South Dakota in 2010.

“Photos of [Tuesday’s] stone show there was one particularly large lobe extending laterally from the body of the hailstone that added as much as [1.5 inches] or so to the maximum dimension,” wrote Kumjian in an email. “In that sense, it is similar to the Villa Carlos Paz, Argentina, stone, which registered about [6.7 inches] in maximum dimension but only was ~50% the weight of the Vivian, SD US record holder.”

He said that the placement of where those protuberances set up is sometimes a game of luck, but is often key in substantially boosting the maximum diameter of a hailstone.

Unfortunately, the Libyan hailstone was never weighed, but its existence, along with a spate of other recent records, indicates that giant hail may be more common than once thought.

“The fact that we’ve seen cases in multiple continents suggests that conditions can be favorable for gargantuan hail around the world,” wrote Kumjian. “Though northern Africa did not appear as a hail hotspot in a recent satellite-based study, other studies based on proximity environments do suggest that conditions are favorable for severe storms and hail along the Mediterranean coast of North Africa. Clearly, conditions came together for this event!”

Gargantuan hail does remain a bit of a mystery, however. It’s well-understood what makes large hail, but researchers have found little that differentiates storms that produce big hail from gargantuan. Researchers at Penn State continue to search for clues, though, drawing on about three dozen radar-sampled events worldwide. 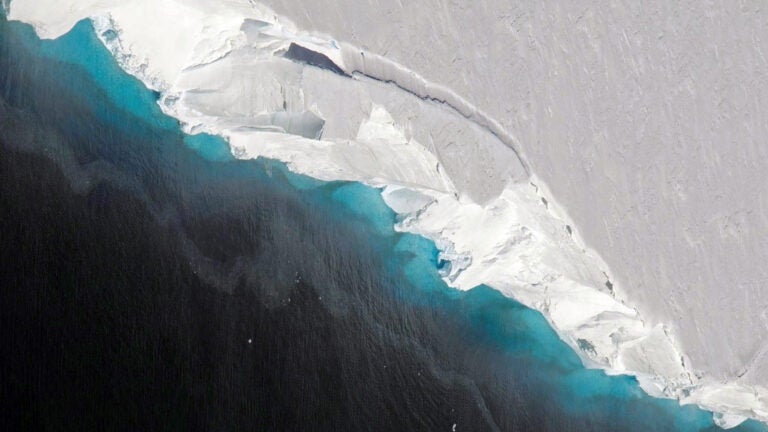