Blustering winds alongside torrential rain downed trees and left tens of thousands of Bay staters in the dark Monday night.

About 42,892 customers across Mass. were left without power as of 7:45 p.m., according to the Massachusetts Emergency Management Agency’s statewide power outage map.

The National Weather Service tweeted that bands of heavy rain are expected to continue moving through eastern Mass., causing minor flooding on local streets and low visibility for drivers. Weather officials added that showers are likely to taper off after 9 p.m., and the strongest winds are expected to blow until 11 p.m.

A majority of the severe weather conditions will remain south of New England for the night, according to the service, and officials advised residents to watch for downed branches or power lines and weakened trees.

Around 4:20 p.m., the service also tweeted warnings for anyone traveling across Mass. or Rhode Island waters, noting that a ferry heading toward Cape Cod reported 5 to 6-foot waves and strong winds at sea.

Steamship Authority officials have canceled all remaining trips on both the Vineyard and Nantucket routes for the evening.

Eversource, a New England energy delivery company, tweeted Monday about the potential for 60 mph wind gusts as the night goes on. The company said hundreds of crews and support staff would be out responding to power outages and downed lines as it’s safe to.

A 56 mph gust, which matches the range of force typical of tropical storm winds, has already been reported near Boston’s Logan International Airport.

State police tweeted after responding to multiple crashes caused by wet roads on the western end of the Mass Pike, including two separate tractor-trailer crashes.

No serious injuries were reported, though police said a punctured fuel tank spilled across the highway and officers reduced the speed limit from New York to the area near Exit 3 to 40 mph.

As forceful winds continue, authorities recommend securing any loose outdoor items, keeping your electronics charged, and finding a few flashlights, a radio, and some batteries.

Below, see more photos of the ongoing storm and the damage left behind so far:

Starting to hear it buffeting the building here in Boston. Peak winds will be with us until about 8-9pm. They’ll often come down in sharp staccato bursts as they mix down during heavier elements of rain. #wbz pic.twitter.com/58nMerIPz4

Actual footage of Boston right now… Stay safe out there!

Tree down on Bennington Street in East Boston. ⁦@NBC10Boston⁩ pic.twitter.com/caDOeY7WqN

It’s getting really nasty out there, especially with those strong gusts of wind. Make sure to stay with WCVB and StormTeam 5 for the latest on this impact weather. #MAwx #stormcoverage #Boston #Massachusetts https://t.co/MmYmo3NIpV pic.twitter.com/kHHv37jzka

It’s a wet and windy night in Boston! There’s an airport weather warning at @BostonLogan for wind gusts over 50 mph. There’s also a gale warning for Boston Harbor and a wind advisory! @weatherchannel is live in #Boston. pic.twitter.com/Urfbq4XrYK

That is one moody sky ☁️ pic.twitter.com/GeOZLcyh7w

540 PM: Here’s a look at current wind gusts across SNE, strongest from eastern CT into RI and eastern MA. Strong winds continue until 7-10 PM and then subside. pic.twitter.com/nVo0TvuT9M 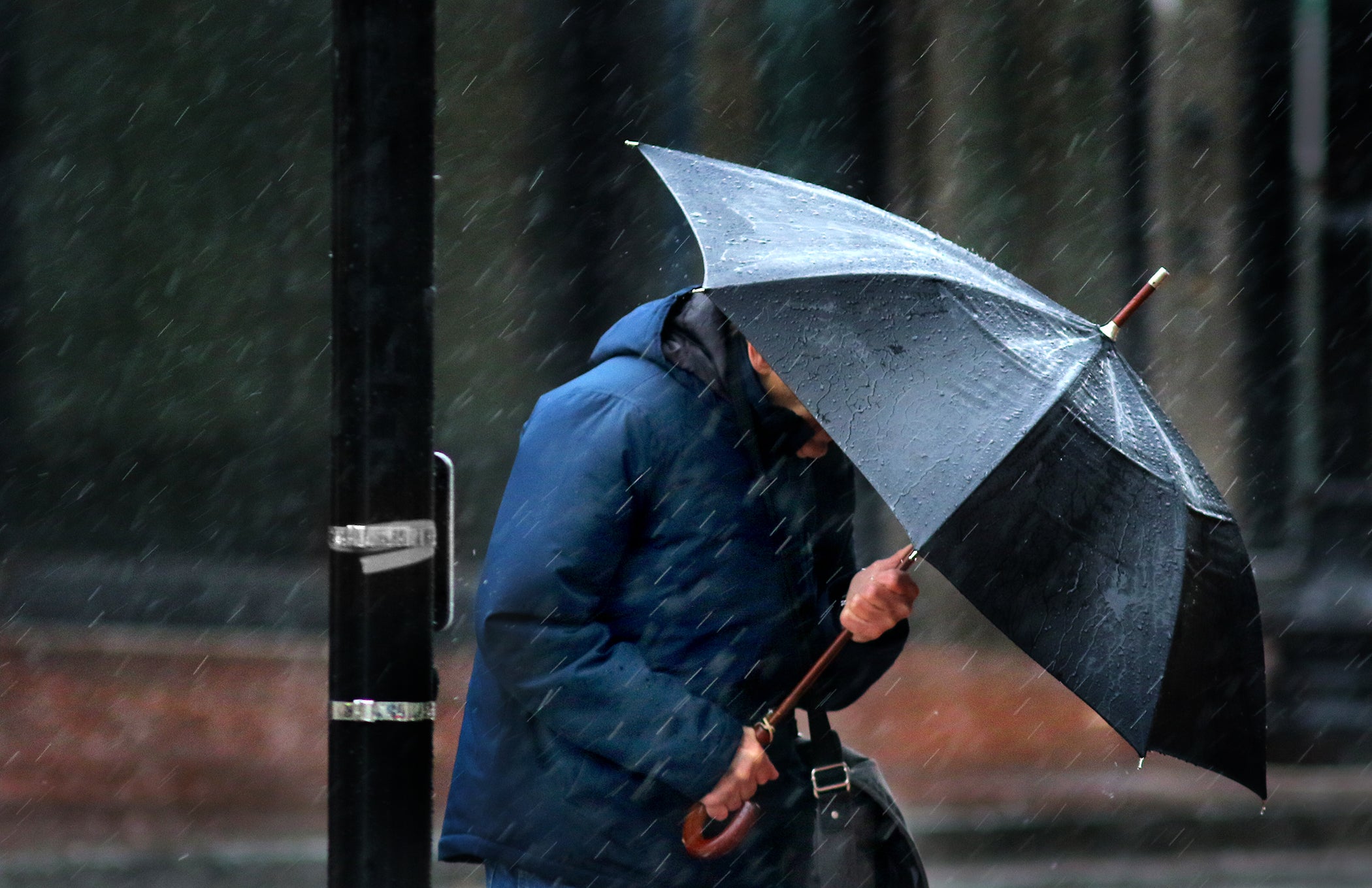