A parade of snowstorms is threatening to roll through the Eastern U.S. over the next few days while bitter cold stabs through the heart of the country, driving temperatures below freezing all the way to Houston.

A system will sweep out of the Ohio Valley Friday, bringing freezing rain and ice across the central Appalachian Mountains and likely passing south of Washington. Another one will work its way up the East Coast late Saturday into Sunday, but it isn’t clear whether it will bring rain, sleet, snow or a frigid mixture. And a third storm will arrive in the Northeast, hitting New York and elsewhere on Monday to Tuesday, according to the National Weather Service.

Temperatures, meanwhile, are forecast to be 30 to 40 degrees Fahrenheit (17 to 22 Celsius) below normal through the central U.S. as frigid air spills down from the Arctic. In the Northeast, where a gentle snow fell early Thursday, temperatures will be 10 to 15 degrees lower through next week.

“The core of the Arctic air is just sitting over the north central U.S.,” said Dan Pydynowski, a meteorologist with AccuWeather Inc. “It will be diving southward down the Plains all the way right into Texas and the Gulf Coast by early next week.”

Prices for natural gas, propane and heating oil, fuels used to heat homes, are surging as the cold sets in. Spot gas at the Waha hub in Texas traded at a two-year high Monday while, at Boston’s Algonquin City Gate hub, prices neared a two-year high. Demand for propane has surged to its highest since 2004.

Temperatures in Houston will fall to 28 degrees Sunday and 12 in Dallas, the National Weather Service said. Highs in New York will linger in the low- to mid-30s through the weekend as a series of storms pushes west to east across the U.S.

“We are in an unsettled weather pattern,” said Brian Ciemnecki, a Weather Service meteorologist in New York. “The main story is the cold and the unsettled pattern.”

Prices went even higher on the spot market where traders reported natural gas for next-day delivery on the Henry Hub being sold above &#36;5, while bids for next-day gas on the Permian Basin’s Waha Hub were seen has high as &#36;12.

Propane stockpiles have tumbled amid the cold, with inventories of the fuel sliding to the lowest since April 2019 last week, government data released Wednesday showed. The drawdown will likely support even higher prices, which may dent exports and prompt petrochemical plants to use a cheaper feedstock like ethane.

The cold snap stems from a sudden stratospheric warming event high above the North Pole, which led to a weakening of the polar vortex, the girdle of winds that traps frigid air in the Arctic. Making the situation worse is a block in the atmosphere over Greenland that’s holding the cold in the U.S. It also weakened the Pacific jet stream, which had been keeping winter mild through much of December and January.

The only places in the contiguous U.S. that will be able to avoid the chill will be parts of California and Florida. The cold will get to the east and west, probably bringing snow to Seattle this week and potentially the East Coast next week.There are indications the deepest cold will begin to relax by February 20. By March and April the weather could begin to moderate and the U.S. could see a milder spring. 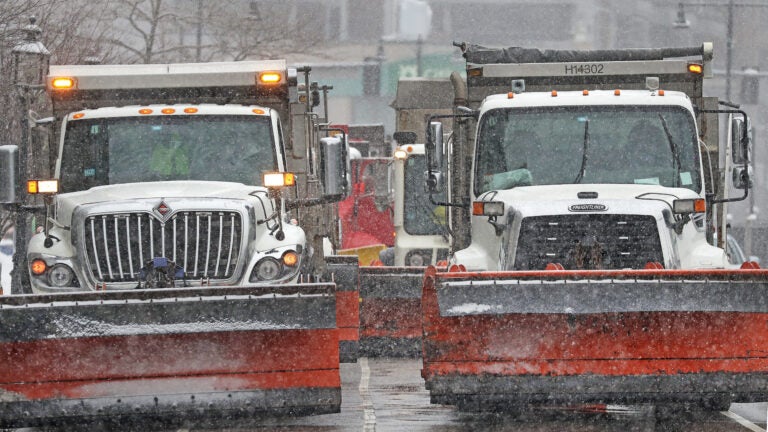