Hurricane Larry, the 12th named storm of the busy 2021 Atlantic hurricane season, strengthened into a Category 3 hurricane on Friday night in the eastern Atlantic Ocean, the National Hurricane Center said.

The storm is “not forecast to strike the United States,” said Dennis Feltgen, a meteorologist and spokesperson for the hurricane center in Miami. But Larry could cause “life-threatening surf and rip current conditions” along the East Coast next week, he added.

Larry is the latest in a run of tropical weather that has seen several storms in quick succession, some of them bringing devastating destruction after making landfall.

The storm was expected to continue to strengthen over the next couple of days, and remain at major hurricane strength — Category 3 or higher — through the early part of next week, the center said.

There were no coastal watches or warnings in effect Friday.

Maximum activity takes place in early to mid-September, he said.

Larry was about 1,230 miles east of the Leeward Islands, moving west-northwest at about 16 mph with maximum sustained winds of 115 mph, the center said in an update Friday.

It has been a dizzying few weeks for meteorologists who have monitored several named storms that formed in quick succession in the Atlantic, bringing stormy weather, flooding and damaging winds to parts of the United States and the Caribbean.

In addition to Ida, which battered Louisiana on Sunday as a Category 4 hurricane before its remnants brought deadly flooding to the New York area, there were also Julian and Kate, both of which fizzled out within a day.

Not long before them, in mid-August, Tropical Storm Fred made landfall in the Florida Panhandle and Hurricane Grace hit Haiti and Mexico. Tropical Storm Henri knocked out power and brought record rainfall to the Northeastern United States less than two weeks ago.

The quick succession of named storms might make it seem as if the Atlantic is spinning them up like a fast-paced conveyor belt, but their formation coincides with the peak of hurricane season.

The links between hurricanes and climate change are becoming more apparent. A warming planet can expect stronger hurricanes over time, and a higher incidence of the most powerful storms — though the overall number of storms could drop, because factors like stronger wind shear could keep weaker storms from forming.

Hurricanes are also becoming wetter because of more water vapor in the warmer atmosphere; scientists have suggested storms like Hurricane Harvey in 2017 produced far more rain than they would have without the human effects on climate. Also, rising sea levels are contributing to higher storm surge — the most destructive element of tropical cyclones.

A major United Nations climate report released in August warned that nations have delayed curbing their fossil-fuel emissions for so long that they can no longer stop global warming from intensifying over the next 30 years, leading to more frequent life-threatening heat waves and severe droughts. Tropical cyclones have likely become more intense over the past 40 years, the report said, a shift that cannot be explained by natural variability alone.

In May, scientists with the National Oceanic and Atmospheric Administration forecast that there would be 13 to 20 named storms this year, six to 10 of which would be hurricanes, including three to five major hurricanes of Category 3 or higher in the Atlantic. In early August, in a midseason update to the forecast, they continued to warn that this year’s hurricane season will be an above average one, suggesting a busy end to the season.

Matthew Rosencrans of NOAA said that an updated forecast suggested that there would be 15 to 21 named storms, including seven to 10 hurricanes, by the end of the season on Nov. 30.

Last year, there were 30 named storms, including six major hurricanes, forcing meteorologists to exhaust the alphabet for the second time and move to using Greek letters.

It was the most named storms on record, surpassing the 28 from 2005, and the second-highest number of hurricanes. 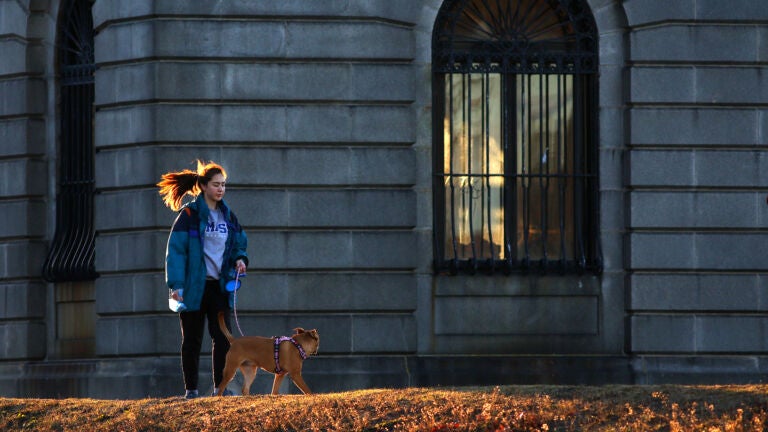 Dave Epstein: Could this winter be over before it starts?