But if you would like a second opinion, we have good news: Massachusetts’s very own official groundhog, Ms. G, will be offering her take on winter prognostication at 10 a.m. Wednesday morning. And she may very well produce sunnier results: Last year, for instance — unlike that downer Phil — she did not see her shadow, heralding an early spring. (Which … maybe came? We actually can’t remember back that far.)

Ms. G actually has a fascinating backstory. As chronicled on the official Massachusetts State Groundhog website, it took a concerted effort by students at the Hunnewell Elementary School in Wellesley, the folks at Mass Audubon’s Drumlin Farm Wildlife Sanctuary in Lincoln (home to Ms. G), and meteorologist Mish Michaels to get that designation secured.

Since then-Gov. Deval Patrick signed the law declaring Ms. G the state’s official groundhog in 2014, the esteemed marmot has had an impressive prediction record, and has even found herself the subject of a children’s book about her incredible journey (and a commemorative stuffed animal, naturally).

UPDATE: Ms. G did not see her shadow, which means you can pull your shorts and sandals out of storage — early spring is now a given. You can see the official declaration from the Mass Audubon Drumlin Farm Facebook page at 6:43 in the video below. 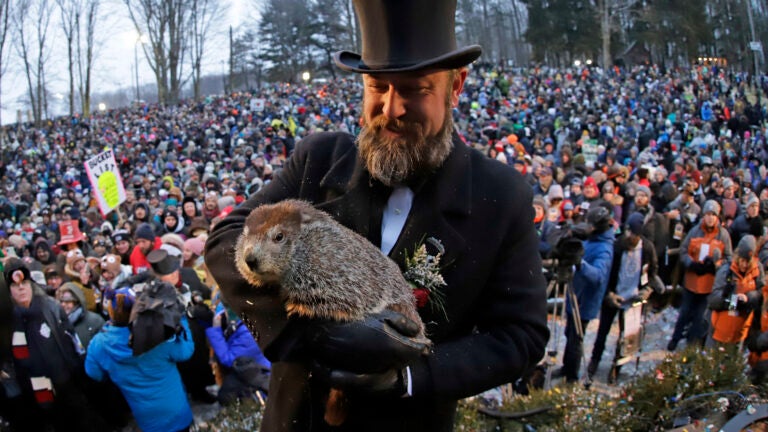