Bay Staters eager for spring weather should soak up Sunday’s seasonal temperatures, because local forecasters are calling for an Arctic blast on Monday into Tuesday.

“Good Morning Southern New England! We have a bright start to your Sunday before clouds fill in this afternoon. Enjoy seasonable temperatures today before an arctic blast pushes into the region to start the workweek,” tweeted the National Weather Service’s Boston bureau.

The NWS Boston bureau is forecasting highs in the low 30s on Monday and winds reaching as high as 30 mph. The windy weather will continue Monday night, when temps will drop into the low 20s in the Boston area. Central and western Massachusetts will see even colder temps on Monday, according to WBZ, with Worcester expecting a high of 29 and Pittsfield a high of just 22.

WBZ Chief Meteorologist Eric Fisher reiterated the chilly forecast, saying “ain’t no one got time for this in late March.”

The average high for this time of year is in the upper 40s, Wroblewski said. Meteorologist Dave Epstein said Monday night through Tuesday morning will be the coldest it’s been this late in the season in about 6 years.

Both Monday and Tuesday will bring very dry air, according to Epstein, with dew points in the single digits. By midday Tuesday it will be a little warmer in Eastern Mass, with a high near 41, and sunshine, according to the NWS.

Temperatures will creep up a little more on Wednesday, which will be sunny with a high near 49. Rain is due on Thursday, likely after 5 p.m. Temperatures that day will again tick up a bit, to a high of about 57.

Thursday evening’s rain will continue into the early morning Friday, though skies are expected to clear by midday ushering in sun and a high near 63.

Next weekend is forecast to be mostly sunny with temps in the 50s. 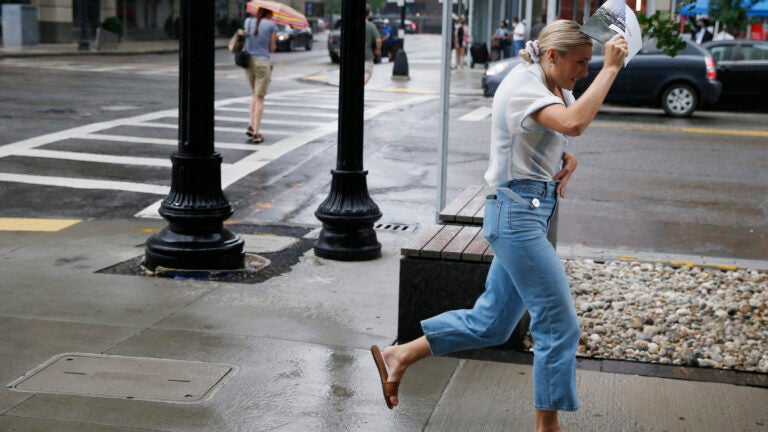 Here’s what to expect from Monday’s weather forecast