After Boston bakes under hot and humid temperatures that sparked a heat emergency, the city is set to enjoy cooler spring temperatures.

The National Weather Service’s Boston Bureau predicts Monday will have a high of 71 and partly sunny skies. Tuesday and Wednesday will cool down even more, with highs in the mid-60s on both days and abundant sunshine. There’s a chance of showers late Wednesday, after midnight.

Thursday will see some rain and gusts as high as 20 mph, according to the NWS, but temps will rise that day to a high of 75. More showers are due Thursday night into Friday, with a high near 77.

Looking ahead, AccuWeather Boston forecasts a stormy Memorial Day weekend. Saturday, May 28, will bring clouds and a few thunderstorms, with a high of 72, with a similar forecast due Sunday, May 29.

A thunderstorm may also arrive on the Labor Day holiday on Monday, May 30, though it will feel warmer, with a real feel of 82.

Boston is set to reach a heat record set in 1880, when the city reached 97. Sunday’s forecast high is also 97, according to the NWS.

After Mayor Michelle Wu declared a heat emergency in Boston, some residents expressed confusion over comfortable temps during the first half of Saturday. But the NWS explained that clouds and fog delayed the impending heat — which was due to soar by Sunday.

“For those of you wondering “where is the heat?” The day is not done!” @NWSBoston tweeted around 1:30 p.m. Saturday. “Temperatures have surged just to our west, where fog and low clouds cleared much earlier in the day. North Adams, MA is currently reporting a temperature of 91°F. Temperatures WILL climb quickly this afternoon.”

“We will not get away as fortunate Sunday if you don’t like heat,” tweeted local meteorologist Dave Epstein. 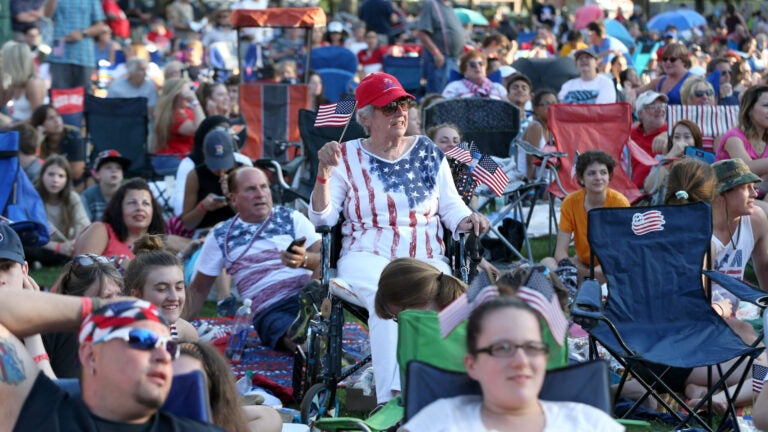