With Sunday slated to be the hottest day of the summer so far, New Englanders hoping for a cool down are out of luck.

The National Weather Service’s Boston bureau says “oppressive heat” will continue through the weekend and into Monday. Sunday will likely hit a high of 100, with humidity pushing the real feel up to 105. After the weekend, the heat continues Monday with a high of 91 and a 70 percent chance of thunderstorms.

The NWS forecasts a minimal cool down starting Tuesday, with highs in the mid-80s through Friday. After Monday’s showers, little rain is expected for the rest of the week, though Thursday and Friday have a slight chance of showers.

Looking ahead, AccuWeather Boston forecasts abundant sunshine and less humidity next weekend with temps in the mid-80s on Saturday and Sunday.

The mid-summer heat wave comes as most of New England continues to struggle with a months-long drought. The U.S. Drought Monitor reported Tuesday that more than 26 percent of the state was in a “severe drought;” the Northeast section of the state was most affected. The drought-like conditions began in late May, when much of Eastern Massachusetts, including Boston, began to suffer from moderate drought conditions.

The entire state of Massachusetts is currently classified as having at least abnormally dry conditions, according to the monitor. Most of Rhode Island (92 percent) and New Hampshire (100 percent) have been in a moderate drought for the last few weeks. 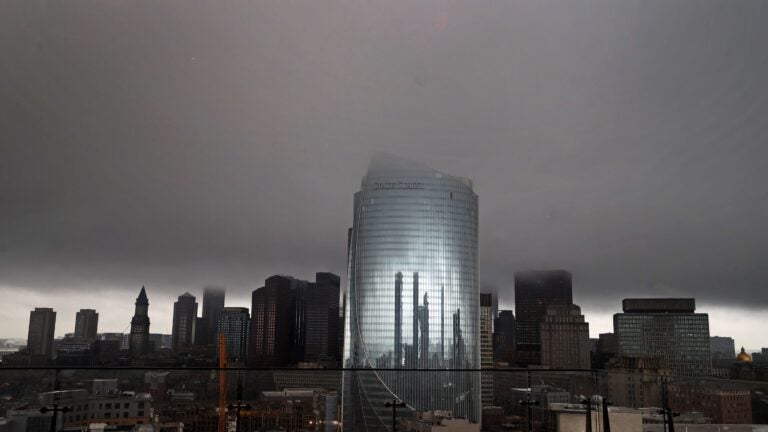