Next week’s weather will be as beautiful as the weekend’s, with low dew points and mild highs in the mid-70s.

Some rain may fall on Tuesday and Wednesday, though the chance of precipitation on those days is just 30 percent.

The National Weather Service forecasts a sunny start on Monday with a high near 79 and an evening low around 64. Tuesday will cool down a bit with a high near 76, with showers possibly arriving after 9 p.m. Wednesday’s temps will dip a bit further, with a high of 74, a slight chance of rain, and wind gusts as high as 24 mph.

The work week will end on a warmer note, with highs of 81 and 86 on Thursday and Friday, respectively.

Looking ahead, AccuWeather Boston forecasts a 60 percent chance of thunderstorms next Saturday and Sunday, with highs in the low 80s.

Massachusetts is now ‘drier than the desert’

Due to the ongoing drought, the Boston area is officially “drier than the desert,” according to the NWS, which reported that since July 1, Las Vegas reported 1.28 inches of rain, which is less than Boston’s 0.88 inches.

A monsoon that hit Las Vegas on Thursday dropped 0.58 inches on the city. “That makes this the wettest monsoon in ten years! And we’ve still got a month and a half left to add to our total!” Las Vegas NWS officials tweeted on Friday.

Meanwhile, Massachusetts has no significant rainfall in sight.

The U.S. Drought Monitor reports that 24 percent of the state — including the Greater Boston Area- is in an “extreme drought.” Ninety-five percent of Massachusetts is in some form of drought. Last week, the Massachusetts Executive Office of Energy and Environmental Affairs declared a Level 3-Critical Drought across four state regions. The agency also elevated Cape Cod to a Level 2-Significant Drought.

The NWS said that Massachusetts rivers remain very low, especially in the southeast, with some at record-low levels. Environmental experts have said the region needs several months of above-normal rainfall to fully recover from the drought and adequately increase the groundwater level. 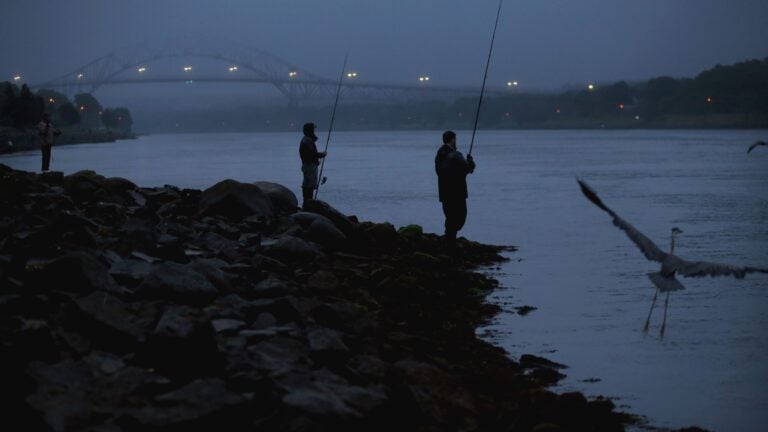