One week ago Hurricane Ian made landfall in southwestern Florida, killing more than 100 and destroying thousands of homes and businesses. This type of destruction, and the storms that cause it, are very rarely seen in New England.

The last hurricane to make landfall in the area was 1991’s Bob, a Category 2 hurricane which struck Rhode Island. The last major hurricane (Category 3 or higher) to impact New England was Carol in 1954.

But why do storms like these so rarely make their way to the northeast, and is New England due for another catastrophic hurricane in the near future?

Hurricane season runs from June 1 through Nov. 30, with storms impacting everywhere on the east coast of the U.S. in some capacity, Torry Gaucher, a meteorologist at the National Weather Service’s Boston office said. The peak of activity comes around mid-September, but residents should stay vigilant because another peak tends to come a month later, in mid-October.

Hurricanes are known to meteorologists as warm core lows, meaning that they consist of a low pressure area that is warmer at its center than the periphery. New Englanders may have seen radar maps of nor’easters that resemble hurricanes, Gaucher said, but these are classified as cold core low systems and form over the colder waters of the northern Atlantic.

Hurricanes feed on warm sea surface temperatures, essentially pulling energy from the water as fuel, Gaucher said. Hurricane season occurs when temperatures are right for this to happen.

For a hurricane to significantly impact New England, it typically needs to form near The Bahamas, and many factors need to work in tandem to carry it up the east coast.

Hurricane Bob initially formed near The Bahamas. Meteorologists in New England know that if a storm is in The Bahamas with an official name from the National Hurricane Center, it is time to prepare. “Anything with a name in the Bahamas in New England’s business” is a well-known refrain for meteorologists in the area, Gaucher said. Not every storm forming there collides with New England, of course, but that location does make it more likely to hit the northeast.

Based on this timing and the dates of hurricane Bob and Carol, New England could be due for a direct hit in the near future.

“We’re definitely overdue for a hurricane to make landfall somewhere in southern New England. Now, whether it makes landfall in Connecticut or Rhode Island, that doesn’t mean that Massachusetts isn’t going to see any impacts,” Gaucher said.

In fact, he added, one of the worst-case scenarios for Massachusetts residents would be a hurricane making landfall near Narragansett Bay in Rhode Island. Typically, areas east of a hurricane’s eye see stronger winds and storm surges, and areas to the west see heavier rains and subsequent flash flooding. A hurricane hitting Rhode Island there would bring whipping winds and notable coastal flooding to Buzzards Bay and most of southeastern Massachusetts.

If a hurricane is going to hit New England, residents may have less time to prepare than expected. This is because hurricanes and other tropical cyclones tend to accelerate as they move up the east coast, Gaucher said. The storms get swept up in jet streams, essentially fast-moving rivers of air twisting through the atmosphere. A major jet stream brings air and weather formations up the east coast.

Predicting where a hurricane will make landfall can be tricky business, and experts are warning the public that it is better to play it safe than be sorry. When major hurricanes hit the U.S., news coverage is flooded with the iconic forecast cone. Images created using this method are often misinterpreted, Gaucher said.

“People look at that cone and they think ‘well, if I’m not inside that cone, I’m ok. I don’t have to worry.’ That’s actually not the case. The cone is not the actual forecast,” he said.

The forecast cone essentially shows the probable track of a storm’s center. It is formed by placing a set of circles so that two-thirds of historical official forecast errors over a 5-year sample fall within each circle, according to the National Hurricane Center.

Hurricanes will often slow down and turn into tropical storms as they hit colder waters in the north. But just because a storm decreases in intensity or changes classification does not necessarily mean it is any less dangerous.

“You’ve got to think: it was a strong storm and it kept a lot of moisture lofted. As the storm weakens, that moisture is still there… The storm just isn’t strong enough to hold that moisture anymore,” Gaucher said. “What goes up must come down. You’ve got to thank gravity for that one.” 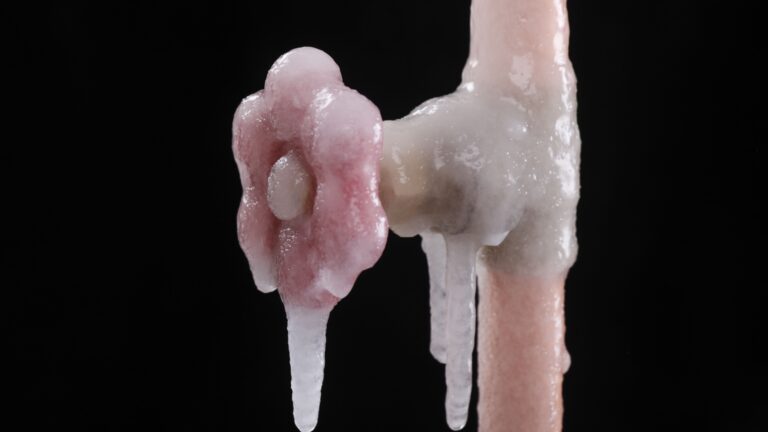